In Harvey’s aftermath, the Texas coastal region received an outpouring of love, support, and supplies from their neighbors. Fellow Texans, Cajuns from Louisiana, and crews from neighboring states — even Mexico — descended on the devastated region with a helpful hand and a heaping teaspoon of hope.

HBO’s Vice News followed some of those volunteers as they made their way down to Houston.

San Antonio’s Solid Waste Management Department sent a crew of garbagemen to aid in the Harvey recovery. About 50 trucks made their way into the city.

While their presence may not have been visible to many residents, their contributions were. After the storm, residents faced rising piles of trash.

Mayor Sylvester Turner made a request for waste management support in Harvey’s wake, when cleanup projections estimated that it would take months to clear away all of the debris.

Trash collection in some areas was delayed due to the storm. Additionally, the debris from damaged homes is adding to the piles of trash that need to be collected. DRC Emergency Services, which is collecting much of the storm debris, estimates that it will take about four to six months to collect all of the trash.

One of the areas they visited was Kingwood in north Houston, which suffered unprecedented flooding.

As the crew worked, they talked about what it was like to dispose of people’s memories, which lay piled up on their front yards after the floodwaters destroyed them. 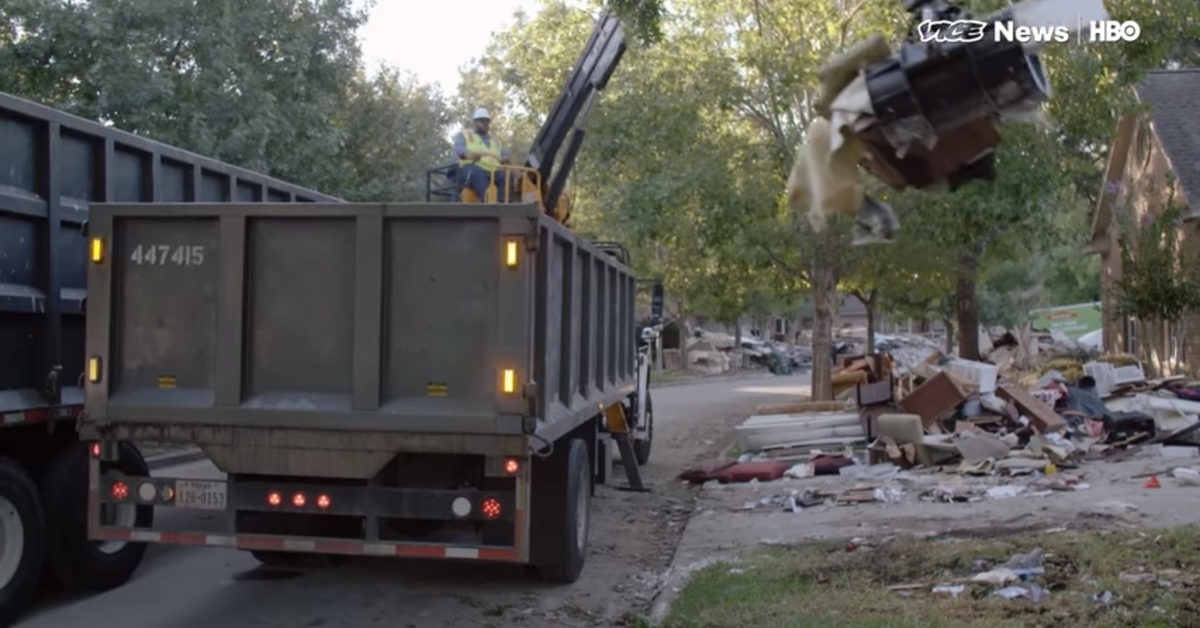