Large, unexplained footprints were found in a Round Rock park – could it be…? 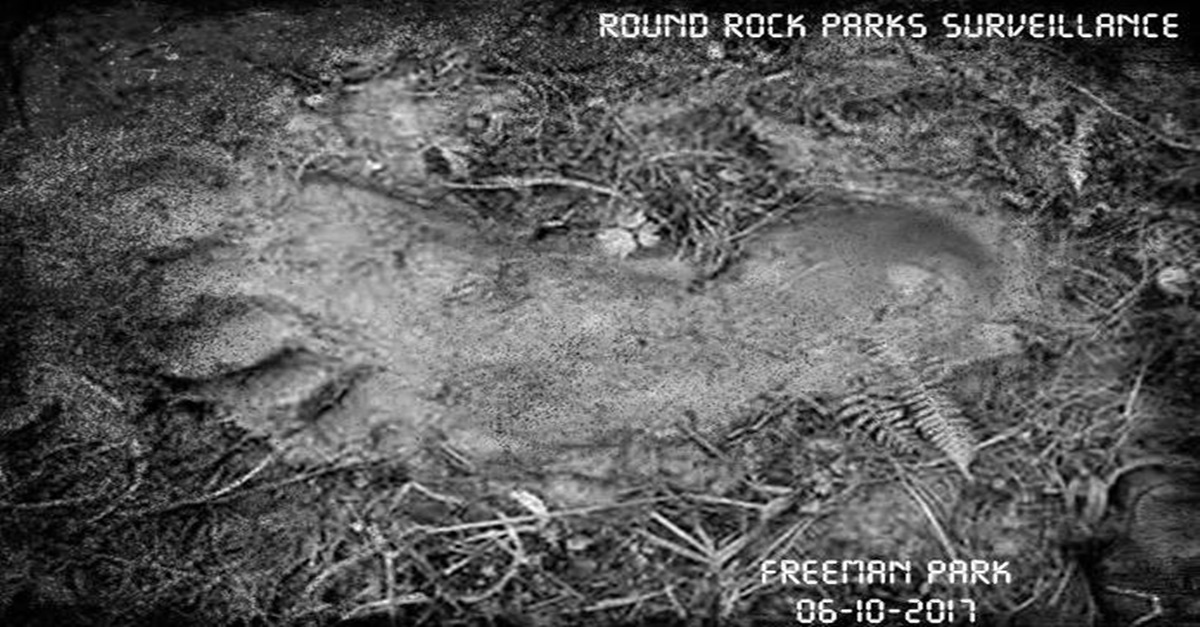 The Round Rock Parks & Recreation Department recently released a photo on its Facebook page of a large footprint. The photo also had a side-by-side comparison with a park ranger’s footprint, showing that the unknown footprint was much larger than that of an adult male human but with a similar shape.

Posted by Round Rock Parks and Recreation Department on Saturday, June 10, 2017

The department’s social media pages describe how park surveillance cameras have “captured strange footprints at various parks and trails in the area.” A report from an Austin newspaper showed that three images of the large prints were taken between June 8 and June 10 at various parks around the North Austin suburb.

Speculation has abounded that the footprints represent a Lone Star State’s version of the legendary Bigfoot. Although typically associated with the Pacific Northwest, numerous reports have surfaced of the creature appearing in wooded areas around Central and Southeast Texas. A Houston newspaper reported that the Sam Houston National Forest “is something of a Bigfoot hotspot.”

Local history buffs have tied the sightings to be the legendary “Hairy Man,” a large, hirsute creature that roamed the isolated areas near the Chisholm Trail. During the westward migration after the Civil War, legend has it that a young boy fell off a wagon and was left behind by his parents. The boy reportedly grew up to be the “Hairy Man.” However, these theories have yet to explain how such a creature could have lived to be over 150 years old.

Staff members have posted “Bigfoot Crossing” signs to warn of the possible threat the creature could pose to park visitors. The department also advises park visitors to tag any photos of these footprints, “or other unexplained phenomena,” with the hashtag #RRSightings.

If you’re in the Round Rock area, be on the lookout for large, hairy creatures with an appetite for beef jerky.