Menu
Follow us
Search
Menu
Search
A crime lab investigator carries bags of evidence past markers on the road at the scene of a shooting in Omaha, Neb., Saturday, Jan. 24, 2015. Two women were shot to death and six people were wounded early Saturday at a house party in Omaha. (AP Photo/Nati Harnik)

HOUSTON (AP) — Houston police are investigating the shooting of a man by officers during a confrontation.

Authorities say officers were responding Saturday to a call of a man pointing a gun at people in a supermarket parking lot.

Police Chief Art Acevedo says when police found him, he refused their orders, reached for his weapon and was shot. He was struck three times.

The man, identified only as a 24-year-old, is hospitalized in critical condition.

None of the officers were hurt.

RELATED: A Man Was Shot in a Random Drive by Shooting in Houston, and His Killer Remains at Large 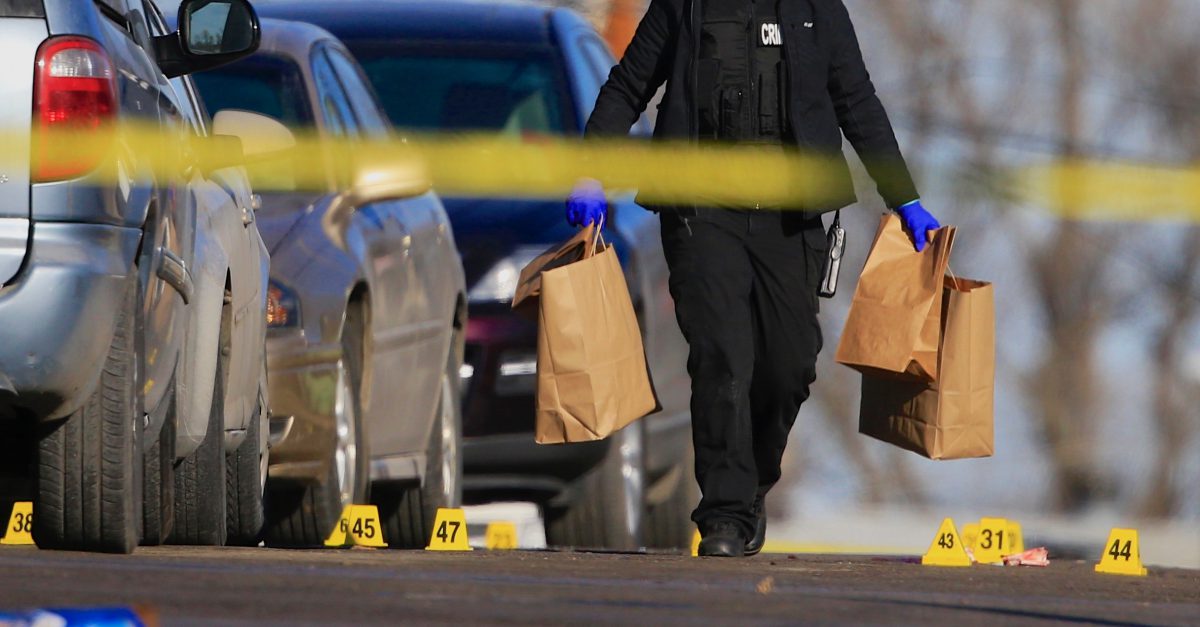