Texas teachers can’t stop having sex with their students, but your state representatives are trying to do something about it 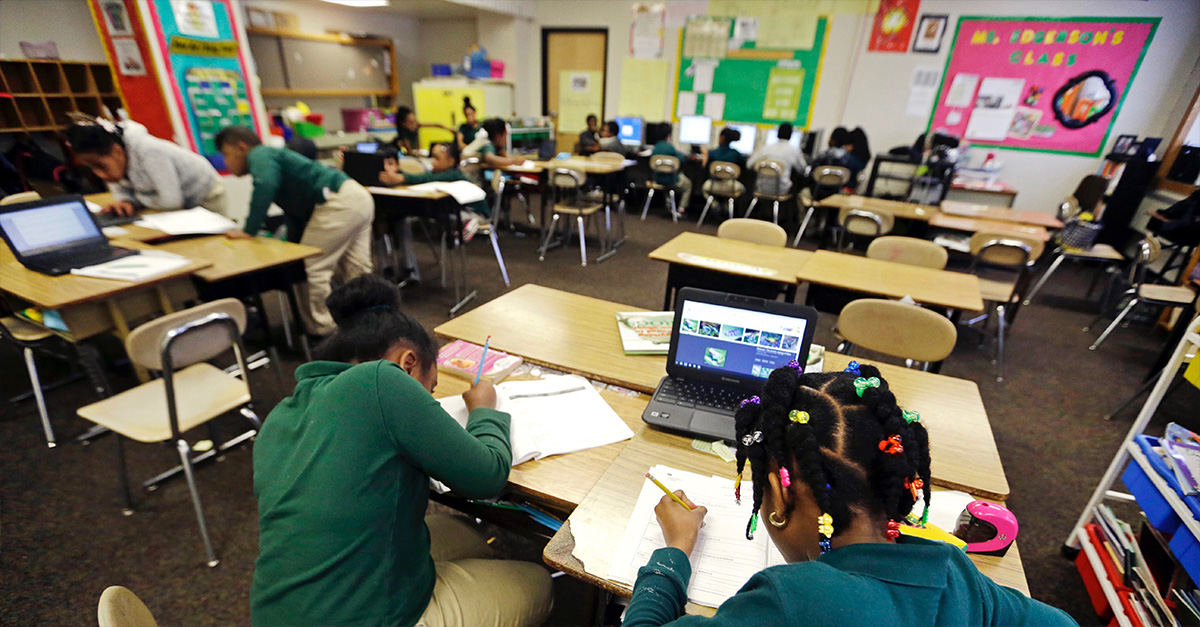 The assailant turned out to be Mauricio Mendoza, a teacher at several Houston schools.

While he?s no longer employed with Houston?s largest school district and facing charges for his crimes, the underage victim reportedly became impregnated by her abuser.

Unfortunately, this is not an isolated scenario, and there are a  growing number of stories like Mendoza?s happening across Texas; last year alone, the Texas Education Agency looked into 222 reports of inappropriate teacher-student relationships.

RELATED: A married Texas anatomy teacher smiled from ear to ear after a sex with student accusation landed her in jail

The TEA believes many additional offenses go unreported by individuals, including high-ranking school officials, and Texas lawmakers have had enough.

Earlier this year, Houston-area State Senator Paul Bettencourt (R) introduced SB 7, which works to hold school superintendents and principals accountable for discoveries of relationships between teachers and minor students by amending the current law. If unreported, the legislation would impose criminal charges, including a possible state felony.

SB 7 passed the Texas Senate earlier this month, and Sen. Bettencourt took the opportunity to reiterate his concerns for the state of the inappropriate affairs ahead of the unanimous vote of approval:

?Schools, teachers and the students especially are radically changed once a relationship like this occurs, and we have to take every action to prevent educators from getting into these situations.?

In a recent profile written by ABC, Jenny Kutner shared her experience of being manipulated by a teacher who turned her ?school girl crush? into something sinister? when she was in middle school. The then-13-year-old said she was insecure and had never kissed a boy before being singled out by her history teacher:

?I felt that he really saw me, which was a feeling that I didn’t have often among the teenage boys.  He felt so mature and I felt that I was so mature for my age.”

Eventually, things became sexual between the two, and Kutner said the ?grooming? started to control her.

RELATED: Engaged Texas teacher throws away the future for sex on a park bench with a minor, police say

Kutner had to work to accept that she was the one being coerced by her teacher?s actions, and she firmly believes it is not possible for students to consent to and understand the effects of such an incorrect relationship.

Texas lawmakers want to prevent situations like Kutner?s from occurring.  SB 7 specifically voids predatory teachers? licenses and requires them to register as sex offenders, and, as amended before its final passage teacher abusers would lose their pensions if found guilty of sexual assault or improper engagements.

The bill is currently pending in the State House of Representatives, where similar legislation (HB 218) was also introduced and is gaining support.

Officials are at odds on how to address the situation beyond incentivizing against occurrences through threat of criminal penalties, but you may be interested to know that, despite the disturbing reality, the subject of sex is now avoided entirely by nearly 60 percent of Texas public schools.

If you know of someone being abused, the TEA urges you to tell someone.