The cops who tasered and killed a Texas teen won’t face any charges, even though the whole thing was caught on tape 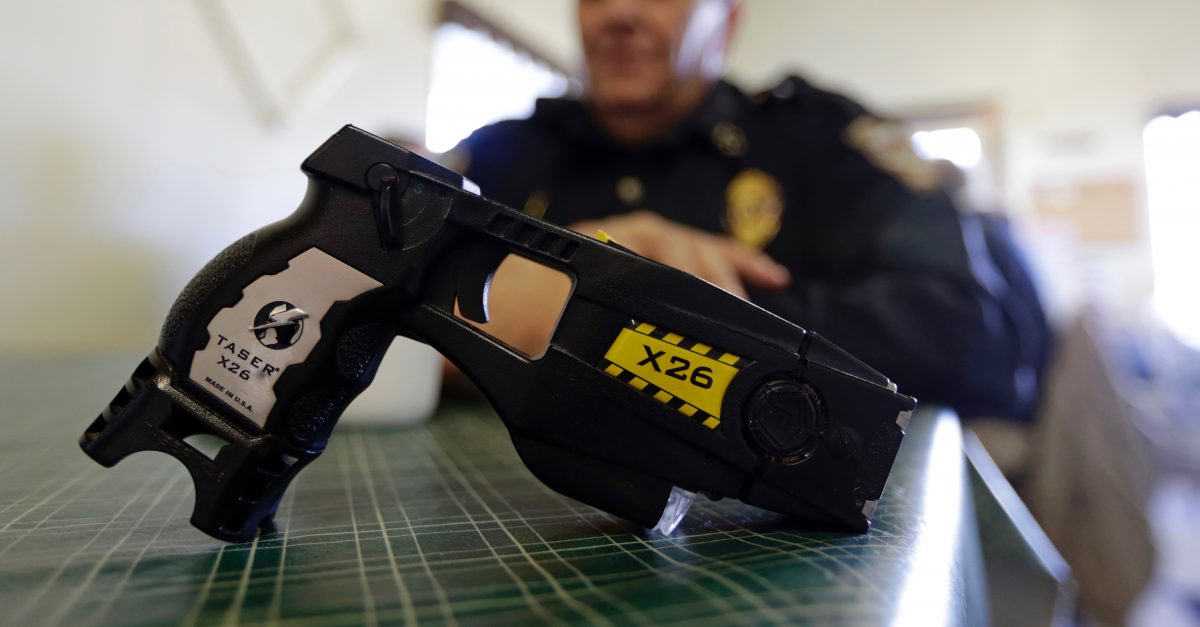 AP Photo/Michael Conroy, File
FILE - In this Nov. 14, 2013, file photo, a Taser X26 sits on a table in Knightstown, Ind. In the recent shootings of unarmed black men in a San Diego suburb and in Tulsa, Oklahoma, the police officers who fired the fatal shots were accompanied by officers who simultaneously drew their stun guns. Civil rights advocates say the different response by officers facing the same suspect and the same apparent threat illustrates a breakdown in police training and communication and shows that some officers are too quick to turn to deadly force. (AP Photo/Michael Conroy, File)

The police officers involved in the repeated tasering a young man until he died cannot be charged, according to prosecutors.

Dallas County District Attorney Faith Johnson announced the statute of limitations was expired for the criminally negligent homicide charges the officers faced, despite the video evidence of the assault leading to the teenager’s death.

Johnson stated the statute of limitations for the charges was three years, but the video evidence of the assault did not appear until more than two years after the incident.

By the time prosecutors could compile a case against the officers, the statue of limitations was tolled.

RELATED: Police have launched an internal investigation after a video shows them using a Taser on a young suspect

The videos from August 2013 showed police in Mesquite, Texas, repeatedly firing their tasers at Graham Dyer of Paris, Texas.

Dyer was reportedly high on LSD at the time of his arrest.

An audio recording inside the police cruiser picked up one officer yelling, ?I’m going to kill you.?

Dyer passed away a few days later. He was 18 years old.

In May 2016, Dyer’s parents filed a complaint against the Mesquite Police Department alleging the officers mistreated their son.

In January 2017, U.S. District Judge Jane Boyle ordered the police department to turn over its records, including video footage of the incident.

Michael Snipes, the number-two attorney in the Dallas County prosecutor’s office, said the office would have pursued the charges against the officers if it would have received the videos in time.

When the videos came to light, prosecutors were considering charges of criminally negligent homicide, rather than manslaughter.

Mr. Snipes told reporters the officers’ behavior did not meet the standard of ?knowing disregard for human life? required for manslaughter charges, which do not come with a statute of limitations.