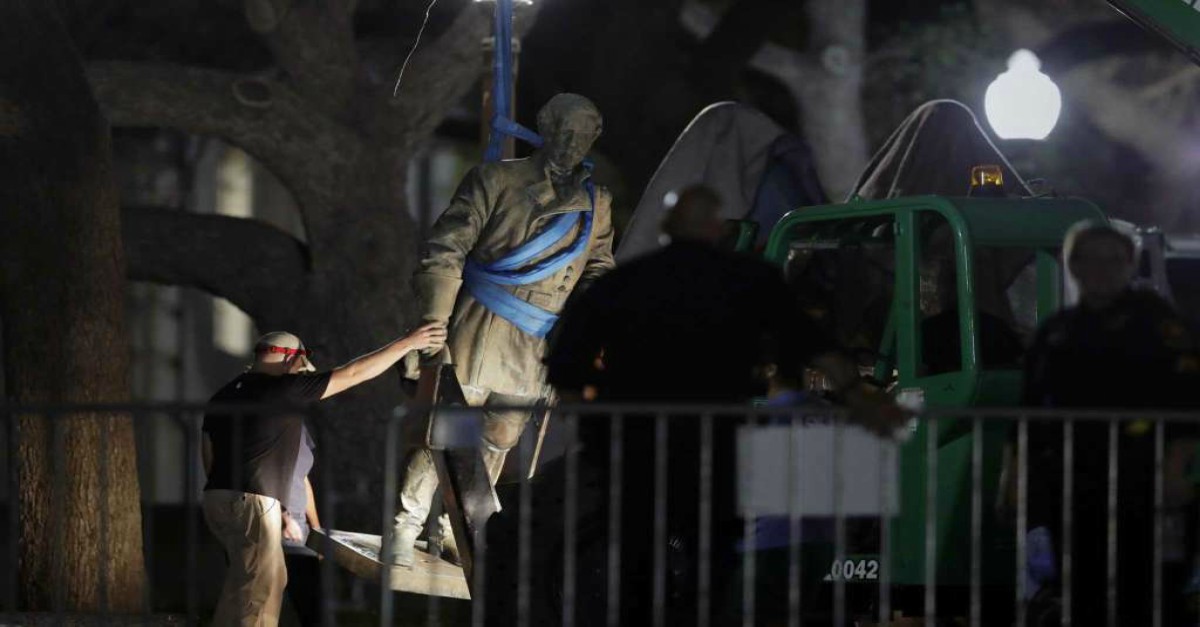 RELATED: With the Robert E. Lee statue out of public eye, Dallas will soon vote on wiping this park’s Confederate namesake

The Woodlands Township Board Chairman Gordy Bunch said he would be happy to relocate removed Confederate statues to his neck of the woods.

“What’s happening across the state and across the country is ridiculous regarding eliminating history,” Bunch said. “We don’t have a lot of history here in The Woodlands because we’re only 42, 43 years old. For all these folks in Dallas, in Austin and San Antonio and other places looking to relocate their history, might I suggest they can take those assets over here.”

Bunch’s offer was met with applause, but he later clarified it. He is interested in housing the controversial statues only as part of a museum.

RELATED: Dallas finally pulled the trigger and removed its statue – is Houston next?

“Preserving history in museums so future generations can learn from the past failures is important,” Bunch said in an email.