TxDOT finally reveals details about the I-45 Project 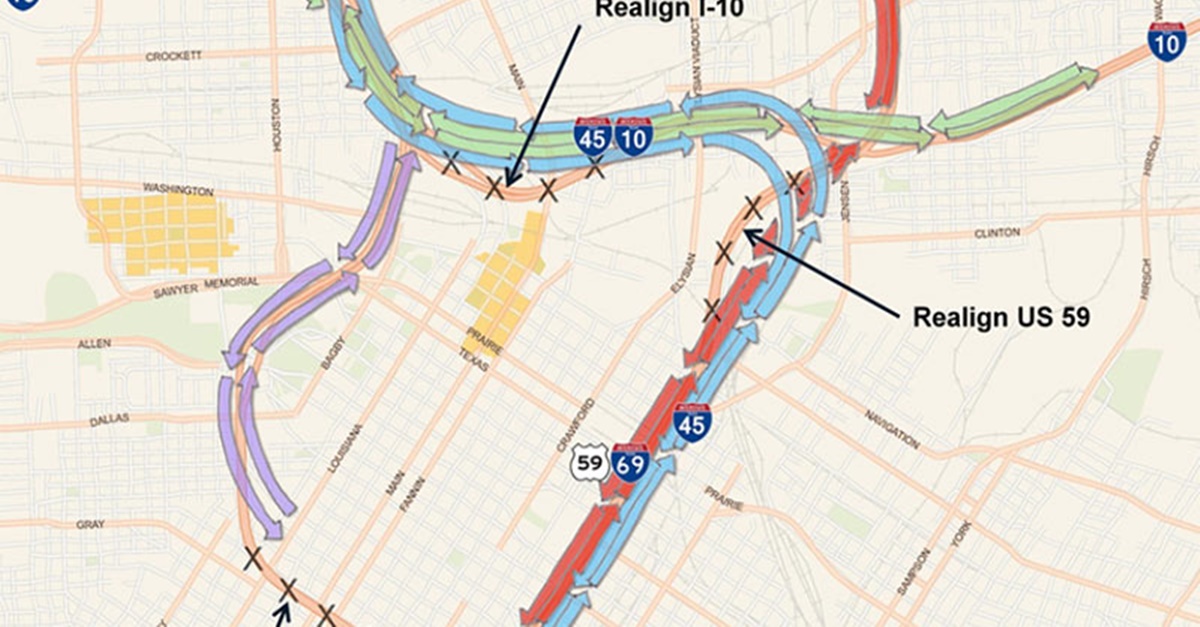 Back in April, TxDOT announced a seven-phase plan for rebuilding I-45, words that send chills down the back of anyone who’s ever tried to drive in Houston. In an area where “I had to take I-45” is an acceptable excuse to be late for anything, the last thing anyone wants is more delays.

New details have emerged about TxDOT’s plans for the highway overhaul. Set to begin in 2020, the project will completely replace 24 miles of I-45, stretching from Beltway 8 in North Houston down to Spur 527, where it joins US 59.

TxDOT plans to move sections of the highway so that the north side lanes are parallel to I-10 and lanes on the east side are parallel to US 69. The currently elevated portions of I-45 that run over downtown Houston would be replaced by connector lanes that will allow drivers to enter the new highway from certain city streets.

The changes will provide more lanes, easier merging and reduced congestion, which should make it easier for drivers to get where they need to go.

In addition to moving sections of the highway, TxDOT plans to add two connector lanes to I-45 between downtown and The Woodlands, seeking to improve the commute to and from the city. The new express lanes will have toll and high-occupancy vehicle options so that commuters will have more choices.

As part of the changes, TxDOT is adding two new express lanes on I-10 between I-45 and US 69 to allow drivers to bypass downtown Houston all-together, which will be good news for anyone who’s ever had to unnecessarily wade through the downtown clog when trying to reach a destination outside the city.

Finally, the 610-Loop interchange with I-45 will be rebuilt to act as a more traditional freeway interchange, abandoning the current left-hand merges that have led to a lot of panicked lane shifts among drivers unfamiliar with Houston’s highways.

The project starts near downtown at US 59 from Spur 527 to Hwy 288, with plans to complete it in phases as funding becomes available.

Stock up on your audio books, podcasts and playlists, Houston. It’s going to be a bumpy ride.