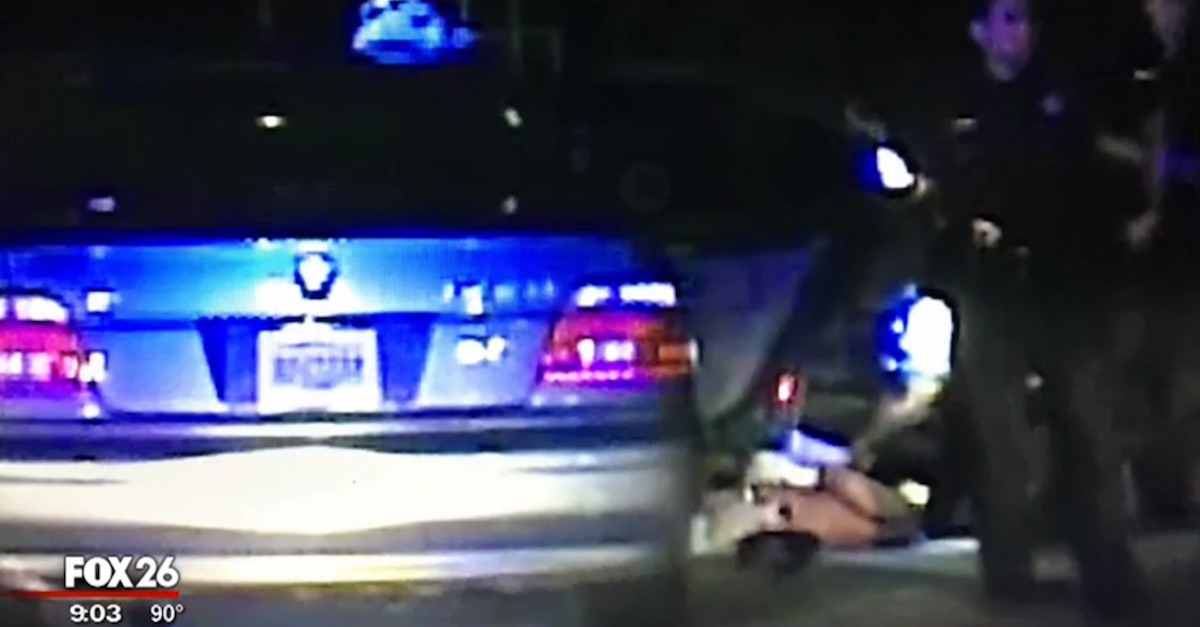 A video showing a 21-year-old Texas woman being strip searched for marijuana outside of a car in 2015 is now circulating, this after charges of official oppression against two Harris County deputies were dropped and a third deputy involved was not charged.

RELATED: He thought he was filming his TSA pat-down as a joke, but what actually happened was much worse

“A 21-year-old African-American, female, college student, had never had any criminal history never been in trouble,” he said. “One of the officers on the tape, he was talking to a passenger who was already in custody in the officer’s car and you could hear him telling that individual ‘Oh we are going to find something, even if we have to put our hands on her.'”

“If what those officers did to Miss Corley was not mistreatment — did not amount to rape — I don’t know what is,” he added.

Cammack said that his client had her pants pulled off underneath a vehicle, was “naked and exposed in that Texaco parking lot” and had her “vaginal area” probed for 11 minutes.

A male deputy had requested a female deputy at the scene to conduct the search.

Fox 26 spoke with Harris County prosecutor Natasha Sinclair, who said the search “should not have happened.”

“No one in this office stands by the search the way it was conducted. No one condones that. No one thinks it’s appropriate. It should not have happened. However bad decisions, bad judgment may not rise the level of a criminal offense,” she said. “I feel terrible for what happened to Miss Corley. It should never have happened and unfortunately we are in the business of prosecuting criminal offenses and though it may not be criminal, it doesn’t mean she won’t receive justice.”

On Aug. 4, though, the deputies were cleared of charges.  It was the same day the case was ready to go to trial.

True to Sinclair’s statement — “though it may not be criminal, it doesn’t mean she won’t receive justice” — Corley has filed a civil suit against the Harris County Sheriff’s Office.

RELATED: Let these twins show you absolutely what not to do when you?re in jail

Corley alleges that her civil rights were violated. While she has said that she was told to bend over at the scene and was subjected to a “visual strip search” and penetration, Robin McIlhenny, representation for one of the deputies, told the Houston Chronicle Corley “was never penetrated” and “was never violated in that way or inappropriately handled.”

According to KTRK, the District Attorney’s office explained that charges were dropped because, “being presented all the evidence, a grand jury of citizens representing the community, determined that no crime had been committed.”

The deputies involved have been on administrative duty since the incident and may see their statuses changed in the coming days.