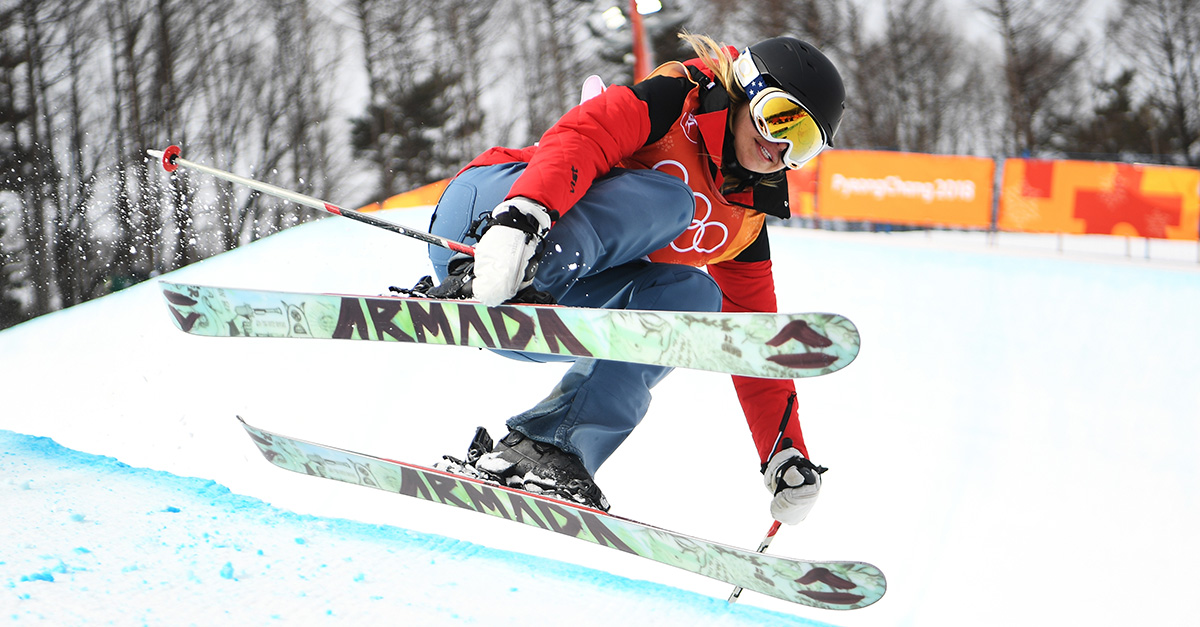 Athletes train their entire lives for a chance to make it to the Olympic Games, but one freestyle skier made it all the way to Pyeongchang by competing, well, at an average level.

Elizabeth Swaney is a 33-year-old American and has been free skiing since 2013. Knowing she wanted to make it to the Olympic Games, Swaney saw that she wasn’t good enough to compete with Team USA so she initially competed with her mother’s native country, Venezuela before making a switch to represent Hungary, where her grandparents are from.

Swaney cannot perform any tricks while skiing, and she barely catches air on her jumps, but she worked her way onto the Olympic team anyway.

How freeskier Elizabeth Swaney made it to the #WinterOlympics with this very simple halfpipe run: https://t.co/enfDyoQjGC pic.twitter.com/kHTAV7XND4

RELATED: After a 42-year medal drought, the US finally claims gold in this Olympic event

In order to qualify, Swaney needed to be in the top 30 during the World Cup skiing events. She qualified back in December and wound up finishing 13th out of 15. But her high rank has nothing to do with actual skiing talent. Swaney was able to say upright during the ski while other competitors tried (and failed) to perform tricks down the slope. Injuries and a strict rule within the Hungarian ski federation about having the same number of male and female competitors allowed Swaney to achieve her dream of performing (averagely) at the Olympics.

Of course, Swaney hasn’t received the warmest welcomes from other skiers in Pyeongchang. Ski halfpipe and slopestyle judge Steele Spence called for stricter rules in a comment made the the Denver Post.

“The field is not that deep in the women’s pipe, and she went to every World Cup, where there were only 24, 25 or 28 women,” said Spence. “She would compete in them consistently over the last couple years and sometimes girls would crash so she would not end up dead last. There are going to be changes to World Cup quotas and qualifying to be eligible for the Olympics. Those things are in the works so technically you need to qualify up through the system.”