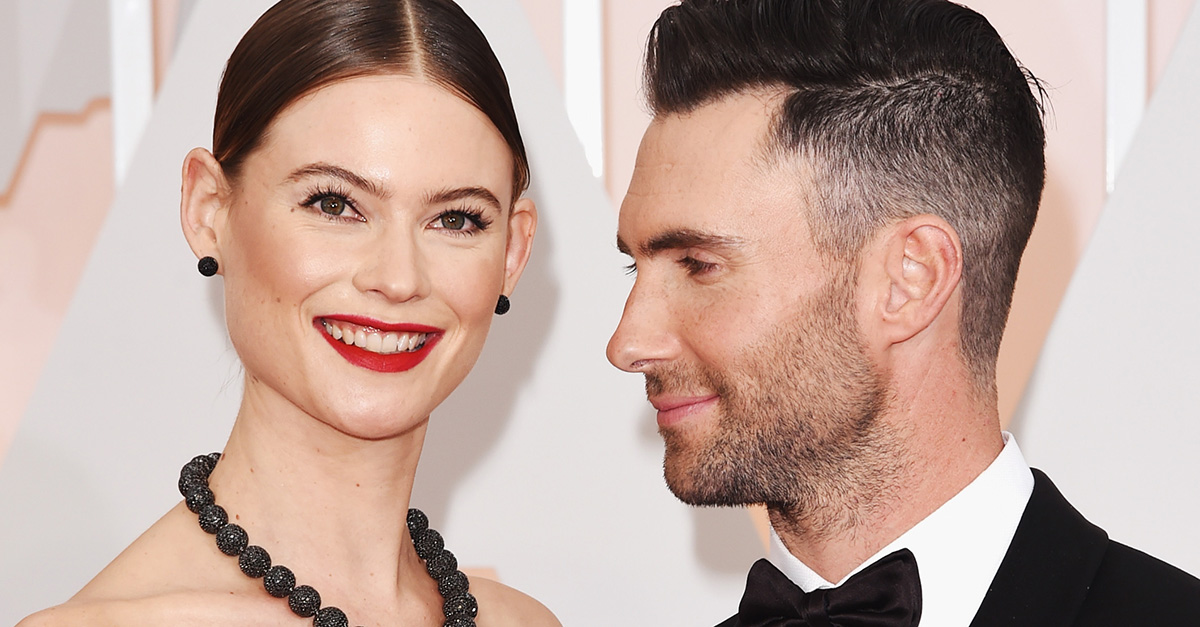 The “Voice” coach shared the intimate moment with his wife with fans on Instagram just in time for Valentine’s Day on Tuesday.

“My maniac. ????????,” he wrote alongside the image of Prinsloo eating a box of chocolates in her sweatpants with a bouquet of roses on the bedside table.

Prinsloo didn’t make a statement about her man on Valentine’s Day, but just weeks ago on Jan. 20, she showed Levine some love in her own way.

RELATED: Adam Levine finally reveals how he and Behati came up with the name Dusty Rose for their daughter

“Life would be pretty dull without this fool…#BabyDADDY ?,” she wrote alongside an image of Levine rocking out.

Life would be pretty dull without this fool… #BabyDADDY 👾

The couple tied the knot in a 2014 San Jose del Cabo, Mexico, ceremony, and welcomed daughter Dusty Rose Levine in September 2016. They announced they were expecting their second child, another daughter, in September 2017.

About a month after welcoming Dusty Rose, the new dad opened up about her emotional birth on “On Air with Ryan Seacrest.”

?I?ve been a parent for three weeks; what do I know? I don?t know anything, but it?s kind of part of the beauty of it, honestly,? he told Seacrest. ?There are a lot of instincts, a lot of things that kind of kick in and switch on. It?s a beautiful experience.?