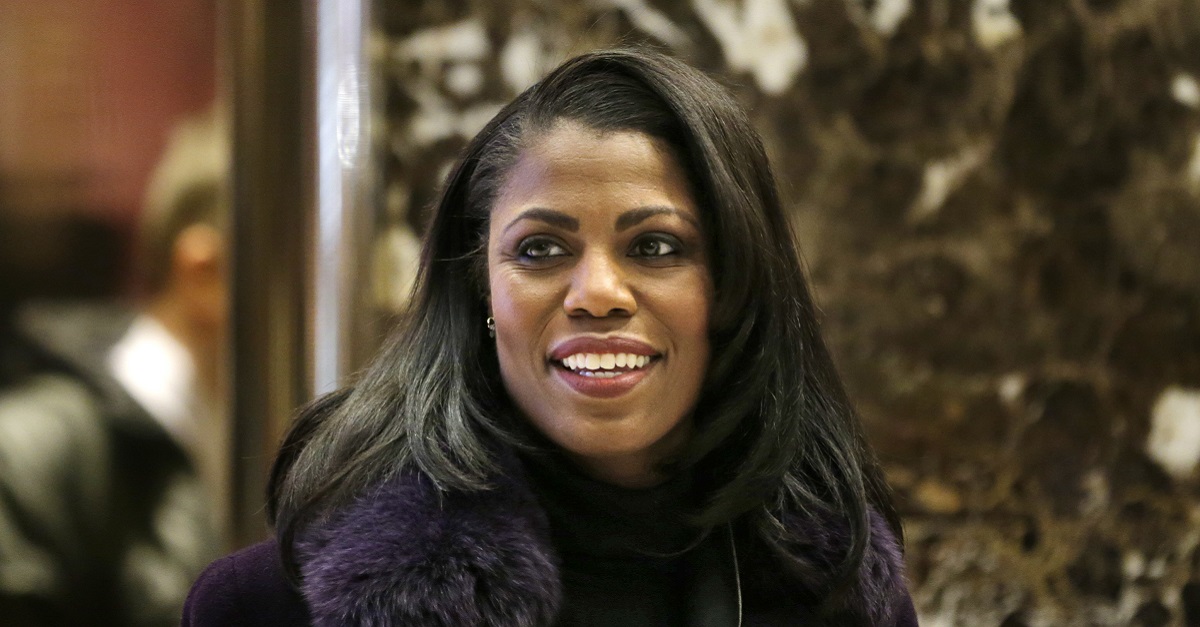 Omarosa Manigault-Newman is definitely using her return to her reality TV roots as an opportunity to vent about her former employers, but there’s one person who’s not getting any of her ire.

In her latest spiel on “Celebrity Big Brother,” the former White House aide had only good things to say about First Lady Melania Trump, reports the Daily Mail.

RELATED:  It sure sounds like Omarosa ended up in the hospital while competing on ?Celebrity Big Brother?

“She speaks seven languages, right?,” he asked, to which Manigault-Newman gushed, “Yeah … that’s why I don’t understand why people don’t think she’s sharp; she can speak so many different languages.”

While the housemates talked about the first lady’s appearance — Mathews called her gorgeous — Omarosa reiterated that “she’s sharp” and praised her “impeccable” taste regarding the White House renovations.

Omarosa’s go at being complimentary to Melania is a big departure from her previous opinions about the Trump administration and anyone associated with it. Just days before this latest take, she issued a warning about Vice President Mike Pence.

On Monday?s episode, the “Apprentice” alum warned her housemates that they ought to think twice about a Pence presidency, saying the VP would be a ?scary? alternative to Donald Trump.

?Can I just say this: as bad as y?all think Trump is, you would be worried about Pence. So everybody that?s wishing for impeachment might want to reconsider their life,? Manigault-Newman told the others. ?We would be begging for days of Trump back if Pence became president, that?s all I?m saying. He?s extreme. I?m Christian, I love Jesus, but he thinks Jesus tells him to say things.?

RELATED: ?I don?t know why everyone is such a hater?: Meghan McCain just revealed her favorite Trump

Since joining “Celebrity Big Brother,” Omarosa has hardly kept her mouth shut, taking every opportunity to drop bombshells about her time as an assistant to the president. Especially considering she was reportedly hired for her ?loyalty,? her comments in the house have been anything but.

?I was haunted by tweets every single day,? she whined to Mathews last week about Trump’s social media habits. ?What is he going to tweet next??

Matthews asked, ?Does anybody say to him, ?What are you doing???

She responded, ?Honey, I tried to be that person and then all of the people around him attacked me. It was like, ?Keep her away,? ?Don?t give her access,? ?Don?t let her talk to him.? It?s like, Ivanka?s there, Jared?s there.?

Manigault Newman continued, ?It?s not my circus. It?s not my monkeys. You know, I?d like to say, not my problem, but I can?t say that because it?s bad.?