Evie Clair gave an emotional tribute performance on the finals round of “America’s Got Talent” in memory of her late father.

On Tuesday night, Clair talked about her father’s passing in a pre-recorded message ahead of the performance.

“My dad was one of the bravest people I knew. He always taught us to follow our dreams,” she said. Her father battled late stage colon cancer and passed away just two weeks ago.

“My dad taught me, after I started something, to always finish it,” Clair said. “That’s why I’m fighting to the end, just like he did.”

For her finals performance, Clair sang an emotional cover of Louis Armstrong’s “What A Wonderful World,” and the audience was in tears by the end of the song. Clair received a standing ovation from the crowd and judges.

“Our hearts and our souls go out to you, Evie,” Howie Mandel said. “I know that your father passed this week, and I cannot believe the strength that I’m seeing in such a beautiful young girl.”

Mel B recently lost her own father and was moved by Clair’s tribute.

“I know you’re dad’s up there, looking down on you, and he must be so, so proud,” she said. “Because what you just did was beautiful. It was so pure and so raw.”

The results show of “America’s Got Talent” airs Wednesday at 8 p.m. ET on NBC. 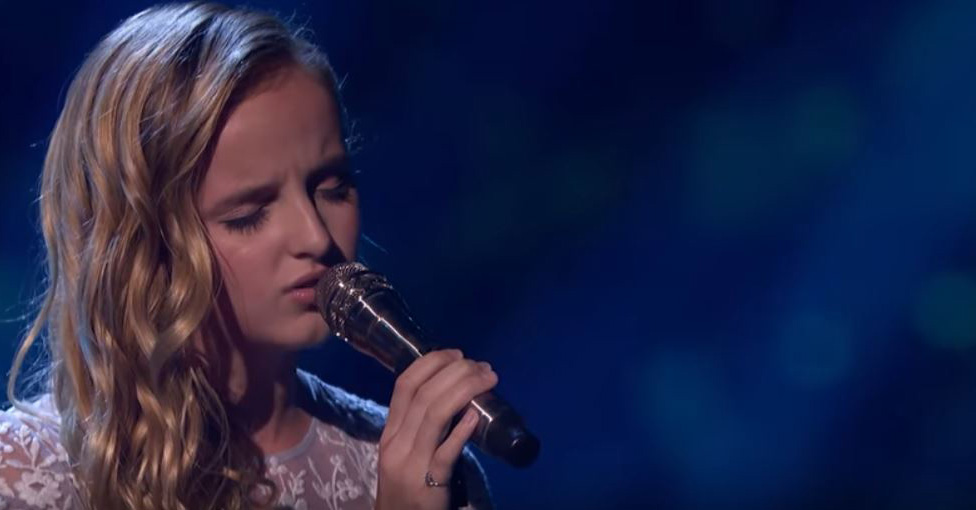