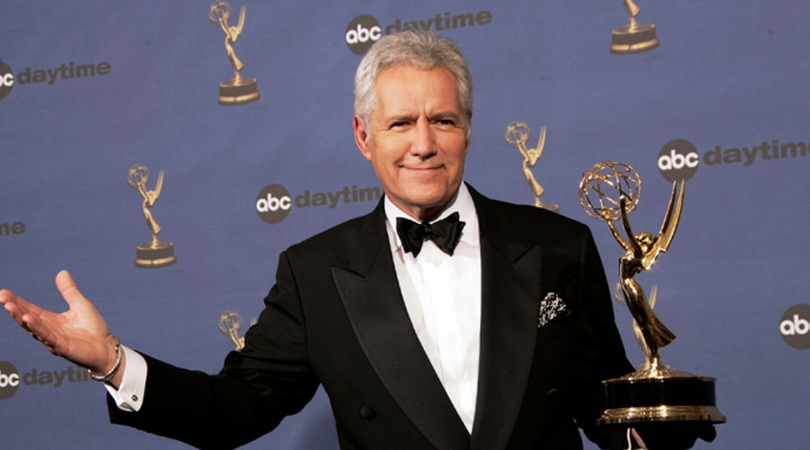 He’s back and better than ever! Alex Trebek’s return on Monday night for Jeopardy’s season 36 premiere was truly a special moment for fans all over the country. His return comes just six months after announcing he was diagnosed with Stage 4 pancreatic cancer.

On the episode, the 79-year-old addressed the audience, stating, ?Thank you, ladies and gentlemen, and welcome to our show. I truly hope you folks have enjoyed revisiting some of our special tournaments throughout this past summer. But today, Jeopardy! begins its 36th season on the air and I?m happy to report, I?m still here.”

Through a video on August 29, Trebek had announced that he had finished his treatment and was ready to get back to work. The host stated he had gone through “a lot of chemotherapy” and was thankful it was now over. Despite his diagnosis, Trebek outshined in positivity, assuring that he expects to survive his cancer.

During the premiere, Jason Zuffranieri, the returning champion, extended his six-game winning streak. Zuffranieri, who is a math teacher from Albuquerque, New Mexico, had already earned $137,300 before the premiere, won his 7th consecutive game. He won the game with a total score of $29,200, bringing his total winnings to $166,500.

Editors Note: The original story below was published on May 29, 2019, and updated on September 10, 2019, after Alex Trebek’s return on Jeopardy.

Our favorite ‘Jeopardy!’ host Alex Trebek is on his road to recovery. The host announced his cancer diagnosis in March, stating he was suffering from stage 4 pancreatic cancer but was responding well to treatment. Now, at 78-year-old, the host says he is in “near remission!” Calling the situation, “kind of mind-boggling,” Trebek shared how doctors said they hadn’t seen “this kind of positive result in their memory.”

Trebek also stated that some of the tumors had already shrunk by more than 50 percent. The survival rate for those with the kind of cancer Trebek has is 9 percent, which is why he was emotional after finding out how well he was doing. Calling them “tears of joy, not depression,” the beloved game host has been more than open about his struggles with coping with his diagnosis.

Alex Trebek Reveals Some of His Tumors Have Shrunk by 50 Percent: ‘It’s Kind of Mind-Boggling’ https://t.co/VrYncDAZYJ

He recently spoke about his cancer battle, saying he suffered from excruciating pain during treatment both on and off camera while working on ‘Jeopardy!’ He recalled laying on the floor in pain, quickly going from a 3 to an 11, while taping for the show. Trebek has to go through several more rounds of chemotherapy before he can officially be declared fully in remission, but is thankful for all the support he has been receiving.

The 79-year-old stressed that although this is good news, that doesn’t mean his battle is over since he still has several more rounds of chemotherapy to go before he can be declared fully in remission. Nevertheless, he attributes his positive response to the treatment thanks to the prayers and thoughts of his friends, co-workers, and fans who have been sending him positive energy and good thoughts. Moved by the good news, the host stated, “I?ve got a lot of love out there headed in my direction and a lot of prayers, and I will never ever minimize the value of that.”

To a speedy recovery, Trebek!