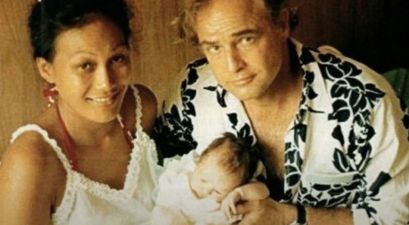 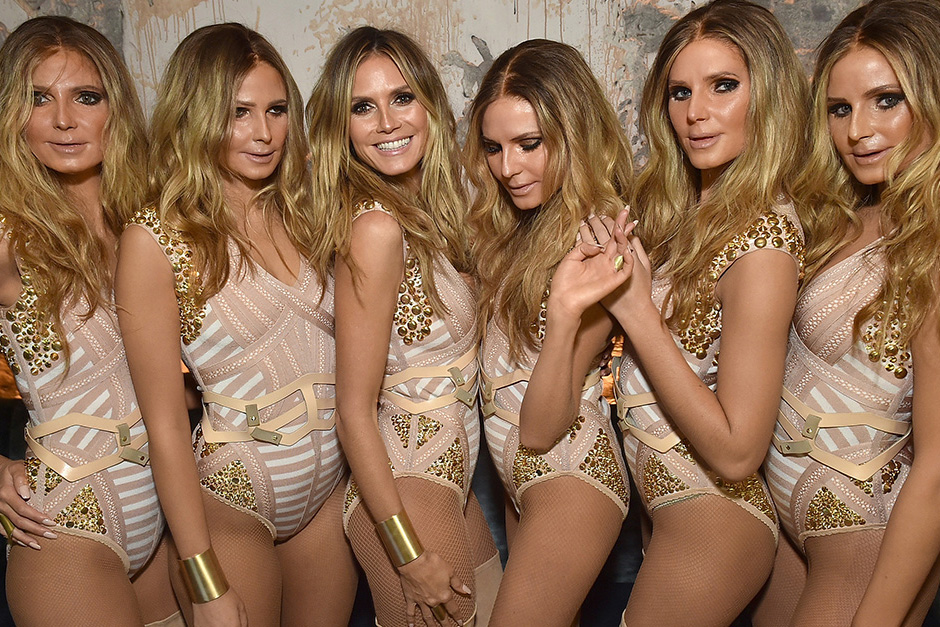 Heidi Klum is definitely in the running for the Queen of Halloween.

The model and judge on “America’s Got Talent” has been known to create some of the most over-the-top Halloween costumes for her annual Halloween party and every year fans wait in anticipation for her spooky look that year. Klum has gone above and beyond since 2000 and even hired Oscar-winning special effects makeup artists to help her achieve some of her Halloween looks.

Even better is that her outrageous Halloween parties inspire other Hollywood celebs to go all out too, with crazy costumes like Betty Boop, Lady Godiva, and Cleopatra popping eyes on the red carpet. The party is the toast of Los Angeles every October and the costumes within dominate social media for days.

As we wait for Heidi Klum’s Halloween costume this year, let’s take a look back at some of her best costumes.

In 2003, Klum arrived to Heidi Klum’s Haunted Halloween Bash in New York City in this all gold body-hugging alien ensemble complete with golden grills on her teeth. Definitely a contender for sexiest extraterrestrial.

For her costume party in 2008, Klum donned turquoise skin and extra appendages to go as the Indian goddess Kali. Kali is the Hindu goddess who liberates souls and Klum absolutely nailed this look.

This costume made Klum’s skin crawl (off). In 2011, the model showed up to her annual bash as her every own cadaver complete with the skin pulled off, displaying all of the muscles and veins for her Halloween party at TAO Nightclub. The creepy factor was taken to the next level when Klum was wheeled onto the red carpet on a hospital gurney.

Just two days after showing up to Tao’s Halloween Party as a cadaver of herself, the model donned a couple’s costume with then-husband Seal as two apes in love. Klum wasn’t “monkeying around” when she came up with these costumes.

Klum tweeted to fans that she showed up to her 2013 as “little old me.” Seeing the supermodel with varicose veins and walking with a cane is kind of like seeing into the future. Gotta hand it to her, that makeup is incredible!

Klum showed up to her 15th annual bash as a larger-than-life butterfly complete with life-sized wings. She matched the ensemble with black platform boots and lifelike bug eyes. We’re sure she had no trouble making her way to the bar with this huge costume.

Klum sat in the makeup chair for nearly 10 hours to create this lifelike look from “Who Framed Roger Rabbit?” The model used several prosthetics on her face, breast and butt to completely transform herself into Jessica Rabbit. Now, that’s dedication!

What’s better than one Heidi Klum? How about six of them? For last year’s look, Klum enlisted five of her closes look alikes to don matching nude leotards and boots and wear their hair and nails just like her. The resemblance is uncanny!

Countdown to Halloween: 1 day! One of my most intense costumes to date! I love going all out and completely transforming into a character for #HeidiHalloween. That’s the best part of the holiday! #HeidiHalloween2018 #HeidiKlumHalloween

Klum went full wolfman to emulate Jackson in his most famous music video for her 2017 costume. At least she got to wear regular pants. Functionality is always a plus when you’re transforming yourself into entirely new creatures.

I Love you Shrek ❤️

As far as accuracy goes, this costume is stunning. This is not something you would want to happen upon while taking hallucinogenics. Klum’s husband Tom Kaulitz admirably takes on the role of Shrek here.

There’s a full bodysuit. There’s an astronaut. It’s gory. It’s vaguely a human body. This is clearly some sort of space nightmare. Definitely not a costume you can order on Amazon. What it likes in being an easily identifiable pop culture reference this getup makes up for it by being insane.

This article was updated from its original version, which was published October 29, 2017.