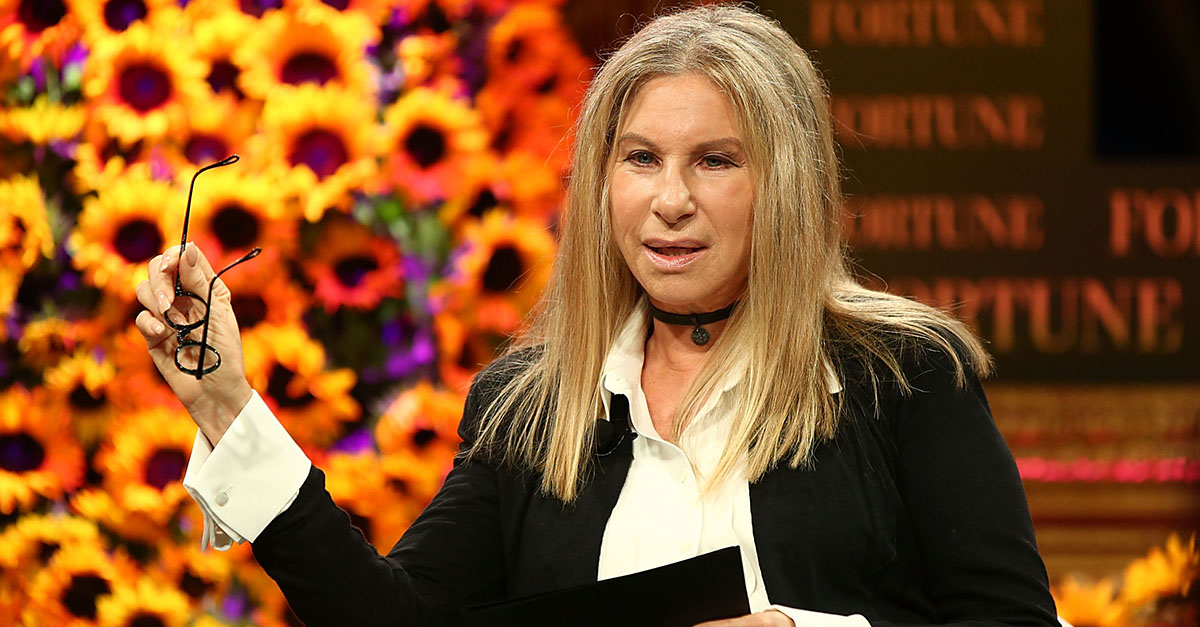 Barbra Streisand certainly isn’t happy that Donald Trump is about to be the President of the United States.

The night before Donald Trump’s inauguration, Streisand penned a scathing essay about the new President for the Huffington Post.

“He has demonstrated he is both dangerous and unfit for office. Does he understand the magnitude of the job? Did he just run for president to get even with President Obama who once made jokes about him at a White House Correspondents’ Dinner? Does he want to get rid of Obamacare just because of the name?” she wrote.

“He doesn’t just bring economic policies I happen to disagree with, or an approach to healthcare funding that could hurt millions of people. This isn’t simply a matter of Republican versus Democratic. This is a man who, on record and often on video, disparaged or outright ridiculed women, immigrants, the disabled and others. He lost the popular vote by nearly three million votes, and yet cannot seem to grasp that the president’s obligation is to at very least attempt to unite and respect all Americans.”

Streisand was a big-time Hillary Clinton supporter during the 2016 election, so this essay certainly isn’t out of character for The Babs.

She went on to slam Trump’s outbursts on Twitter and called him out for his alleged relationship with Russia.

“I hope all our representatives and senators, hopefully even Republicans, will do all they can to ensure that some semblance of justice is served in America, and the world is not put at great, unnecessary risk. The rest of us must remain vigilant,” she wrote. “Write your representatives and senators. Make donations to groups that fight for equal rights, civil rights, freedom of the press, climate change measures, gun control regulation and healthcare mandates. Protest. Speak up. Help others. We are all in this together, and it is our right and responsibility to protect our freedoms and help our fellow citizens.”

This article was originally published on January 20. 2017.

Watch: A Life of Stardom Made Reba McEntire a Fortune