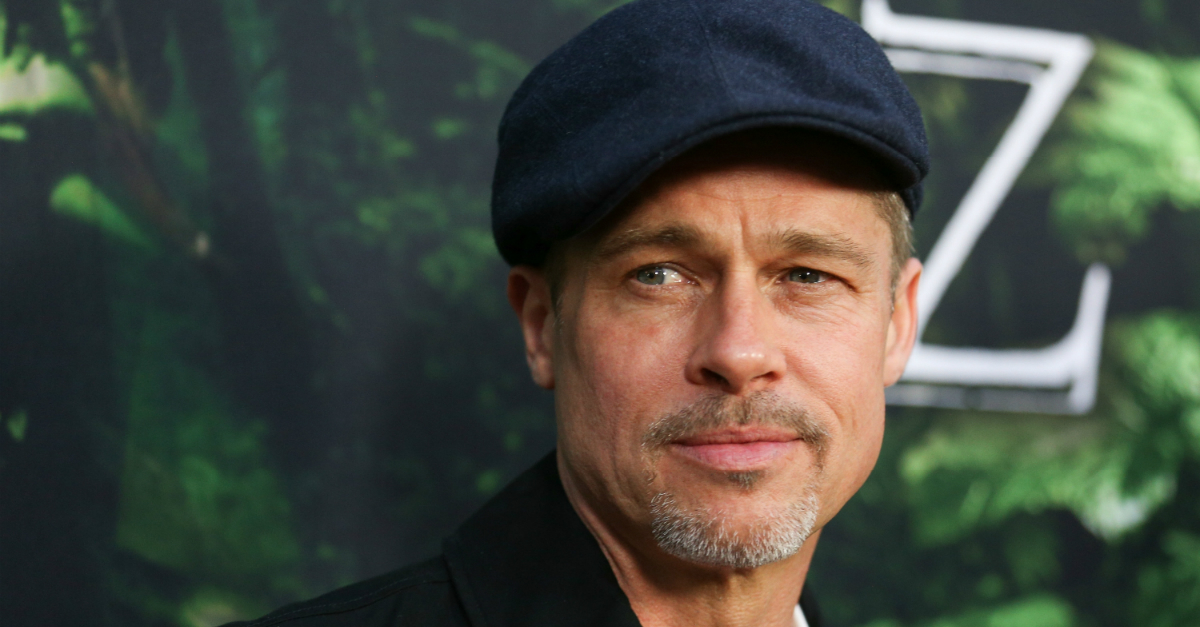 The 54-year-old actor was reportedly present at a recent charity auction, and it’s fair to say that he was feeling pretty mischievous.

At the Sean Penn J/P HRO Gala: A Gala Dinner to Benefit J/P Haitian Relief Organization at Milk Studios in Los Angeles, Pitt made a huge bid for the pleasure of watching an episode of the hit HBO fantasy drama “Game of Thrones” with one of the show’s stars, Emilia Clarke.

?During the first auction, Brad was on his phone. When the auction announced Emilia Clarke, they called her out in the crowd and Brad literally turned his whole neck to find and look at her and enthusiastically clap,? a source informed Us Weekly. ?He offered $80,000 in the auction to watch ‘Game of Thrones’ with Emilia.?

?Emilia was covering her mouth and giggling. Leo [DiCaprio] enthusiastically watched the whole auction, turning his head back and forth between Brad and Emilia,? the source continued. ?[Pitt] later offered $120,000 and raised his arms in excitement but was out at $150,000. He laughed hysterically when he gave up and they called him out for it.?

Pitt didn’t seem to bummed out about his defeat.

Who knew he liked the show that much!

RELATED: Ricky Martin bared it all in a steamy throwback photo, and it will definitely have you zooming in

Pitt has been living it up since his split from Angelina. He reportedly used his birth name when introducing himself to a lady in a coffee shop during a recent flirtatious exchange, according to gossip website Page Six.

?He arrived by motorcycle, wearing sunglasses, jeans and a leather jacket,? a source told the website. The actor allegedly started a conversation with a blonde lady in line. ?She was acting overly bubbly and looked a little like Kate Bosworth, but it wasn?t her,? the source said.

The woman introduced herself to Pitt as Lydia, to which Pitt replied ?Hi, I?m William.? She responded, ?Oh, you look like a Bradley.? Pitt then told her that that was his middle name before smiling and winking at her.

?Nice to meet you, Bradley ? I mean William,? the woman said as Pitt laughed to himself and got back on his motorcycle.