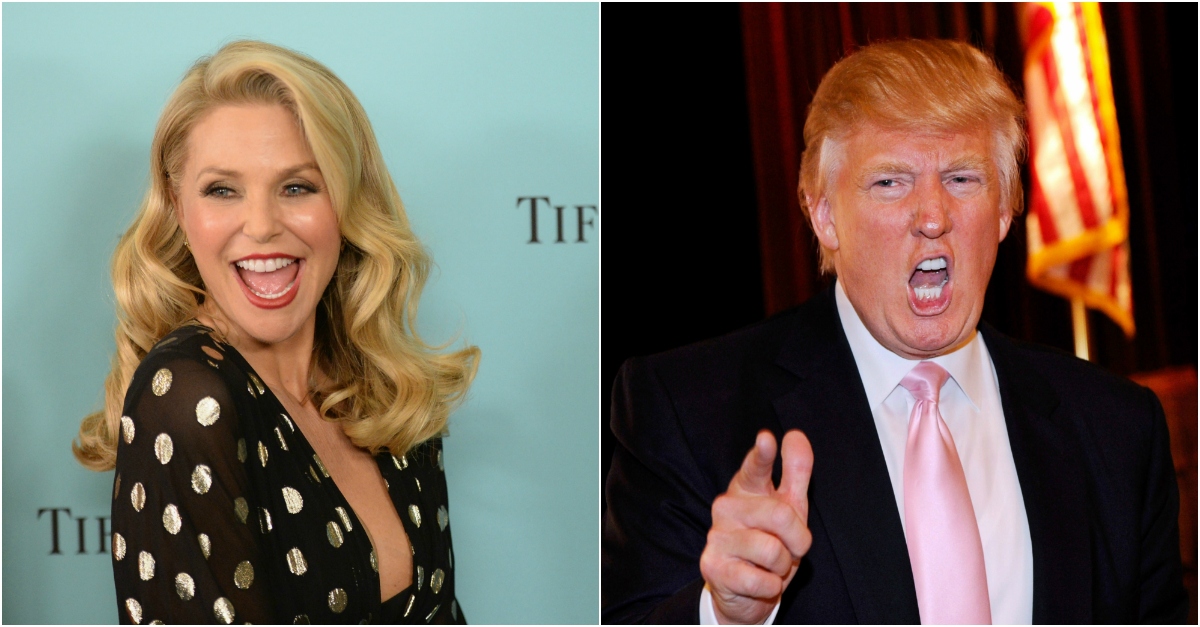 Christie Brinkley is making an outrageous claim about our nation’s current president.

Page Six reports that Brinkley, in an interview with Porter magazine, spilled the beans about an alleged encounter with “The Donald” that involved the real estate mogul calling the model to offer her a ride on his private plane — while he was married to Ivana Trump!

Brinkley then said she rejected the offer because Trump was a married man.

“So I reply, ?Thank you, but I have already arranged my flights.? I knew he was married, and there he was asking me to go on his plane. He was kind of flirty about it,” she said, adding that she believed he was just “out chasing skirts.?

But the chase didn’t end there, she claimed.

“I?m done being discreet,” Brinkley continued. “I?ve had dinner with him. I?ve always found him smarmy, as in, ?Watch out, part the waves, the rich people are coming, everything is gold, solid 24-carat gold, the best, the greatest, nobody else has more gold on anything in their house than me. Did you bring a brush? Let?s gold-leaf it!?”

According to CNN, Fox News reporter Diana Falzone wrote a story about the alleged relationship between Daniels and Trump in October 2016, a month before voters went to the polls for the election.

People with knowledge of the story told CNN that Falzone had seen communications about a settlement between Trump and Daniels and had a statement from Daniels’ manager that the adult-film star did engage in a sexual relationship with Trump.

However, the network chose not to publish the story, with one person telling CNN that Falzone ?had the story and Fox killed it.?

CNN?s report came shortly after The Wall Street Journal published a report that Trump?s personal lawyer, who was at the time a lawyer for the Trump Organization, paid Daniels $130,000 as part of a non-disclosure agreement one month before the 2016 election.

Daniels had reportedly revealed to sources interviewed by The Wall Street Journal that she had a consensual relationship with Trump in 2006. Trump married his current wife, Melania Trump, in 2005.