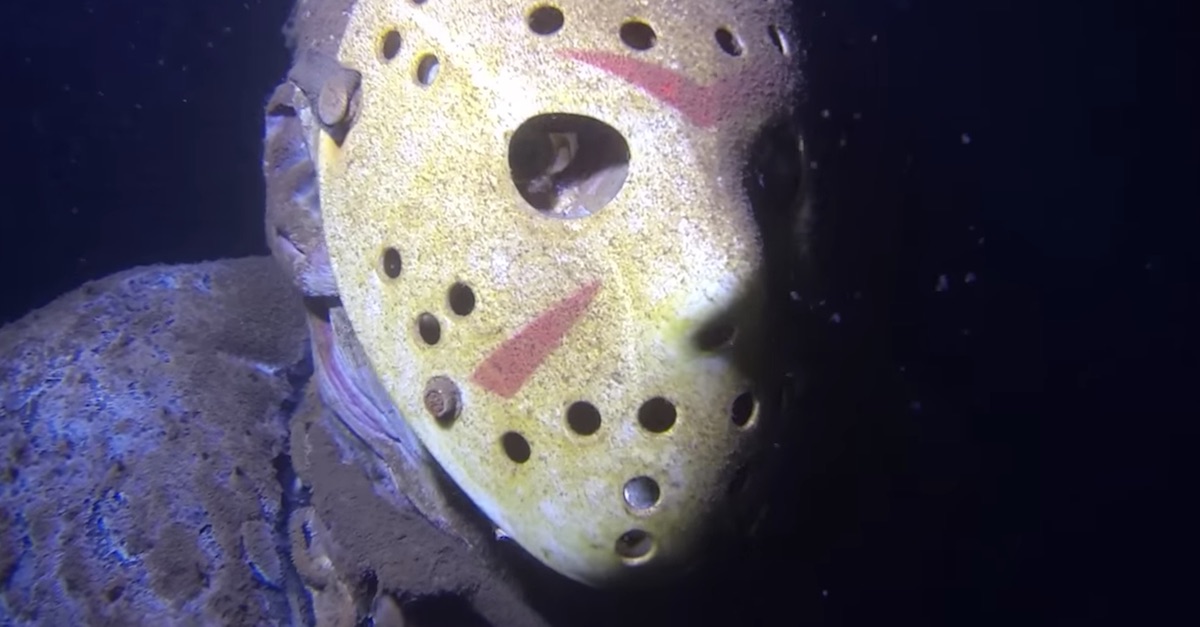 As if horror flicks aren’t full of enough things that go bump in the night, here’s an underwater discovery that will make scary movie fans extra terrified.

Jason Voorhees, the hockey-mask wearing slasher hellbent on getting revenge on his tormenters (and pretty much everyone he comes across) at Camp Crystal Lake, has just been discovered hanging out at the bottom of a Minnesota lake. Kind of.

RELATED: We hide our ladders and avoid black cats ? but why is Friday the 13th so spooky?

According to “Friday the 13th” film lore, the machete wielding murderer was chained to the bottom of Crystal Lake by former camper Tommy Jarvis at the end of the sixth film. The iconic sequence was remodeled by a particularly enterprising film fan Curtis Lahr, who built his own life size statue and placed it in Crosby, Minnesota. A video of Lahr’s amazing homage was shared on YouTube in 2014, but as horror site Bloody Disgusting reported, it’s only recently been uncovered and has been making its way across the internet.

Jason’s statue comes complete with hockey mask, machete and chains, and for fans who won’t settle for online videos, professional diving gear is the only way to see it 120 feet below.