The actress posed nude for GQ Mexico and asked the publication not to retouch her photos. She then shared a snap in order to promote body positivity and to encourage other women to embrace their flaws.

“I specifically asked for no re touching on this photo, and lemme tell you I have insecurities, about pretty much everything,” she explained in the caption. “That’s natural & that’s human. You might look at this photo and think oh shush bella, but just know everytime someone looks in the mirror they simply don’t see what everyone else sees. Know that it’s completely normal to feel insecure and it’s accepted.”

RELATED: Kim Kardashian West turns heads in one of her most revealing looks yet at New York Fashion Week

“[H]onestly I wish everyone talked more about their insecurities so more people in the world could know they aren’t alone. That it’s ok,” she continued. “As a public persona you know naturally that everytime you shoot with a magazine there is always small retouching. Cuz yeah if they show my acne scars or a wrinkle in my forehead or my teeth aren’t perfectly white, people will look at the photo and say no she’s not perfect and usually most people don’t want the public trashing and I get it, But fuck it I’m here to tell you that’s right I’m not FUCKING PERFECT. IM A HUMAN BEING AND IM REAL. So hip hop your asses over the fence and GET OVER IT.”

Thorne, who starred in Disney’s TV series “Shake It Up,” made headlines as a young teenager by showing off her body on social media. She was even recently linked to Kourtney Kardashian’s ex Scott Disick, although it appears their flame was short lived.

RELATED: Jaws hit the floor when “Teen Mom” Farrah Abraham showed up to an appearance dressed like this 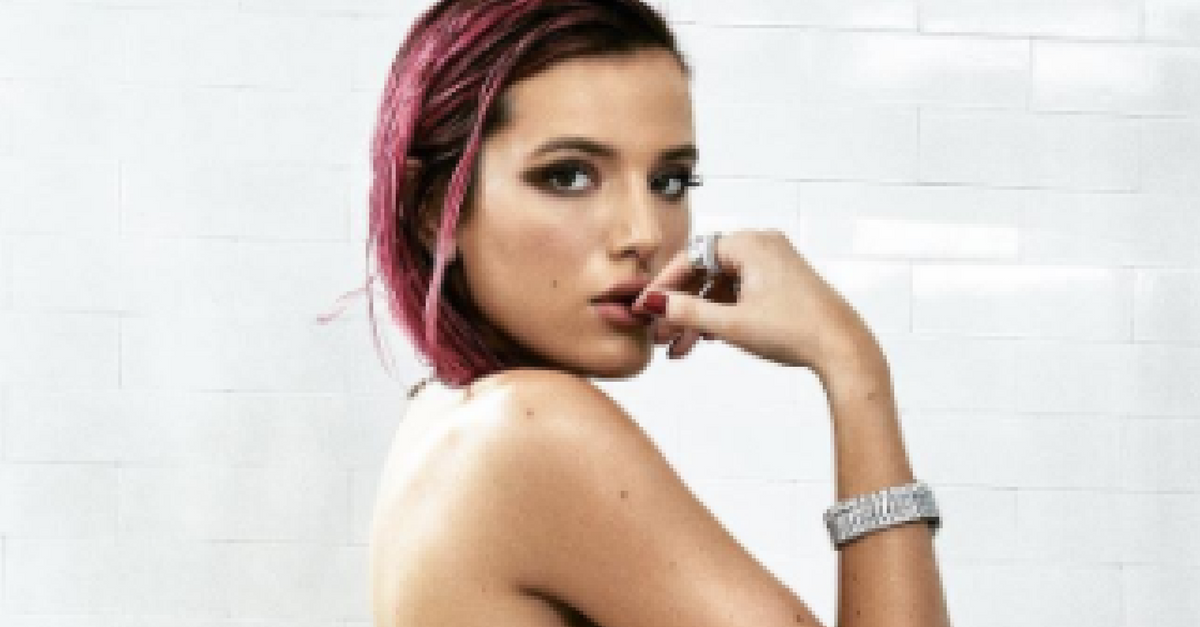