The dad jokes might need a little work before the arrival of the Clooney twins.

Over the weekend, George Clooney skipped the Aurora Prize for Awakening Humanity ceremony in Yerevan, Armenia and submitted a video message to apologize.

“I really would have been [in Yerevan] but if I came there and my wife had twins while I was there, I could never come home,” he said, according to PEOPLE. The twins are reportedly due in June.

RELATED: The Rock had fun with his family on Memorial Day and made sure to thank those who have sacrificed everything

Clooney was in attendance at last year’s ceremony as he is a member of Aurora Prize Selection Committee and presented the inaugural prize to honor victims the Armenian genocide.

The couple previously announced their pregnancy in February and after the news broke, Clooney’s mom accidentally spilled the beans and shared that the couple is expecting a boy and a girl.

“It will be one of each! Yes, a boy and a girl. That’s what I’ve been told,” Nina Clooney, told Vogue at the time. “How marvelous! My husband and I are extremely excited.” 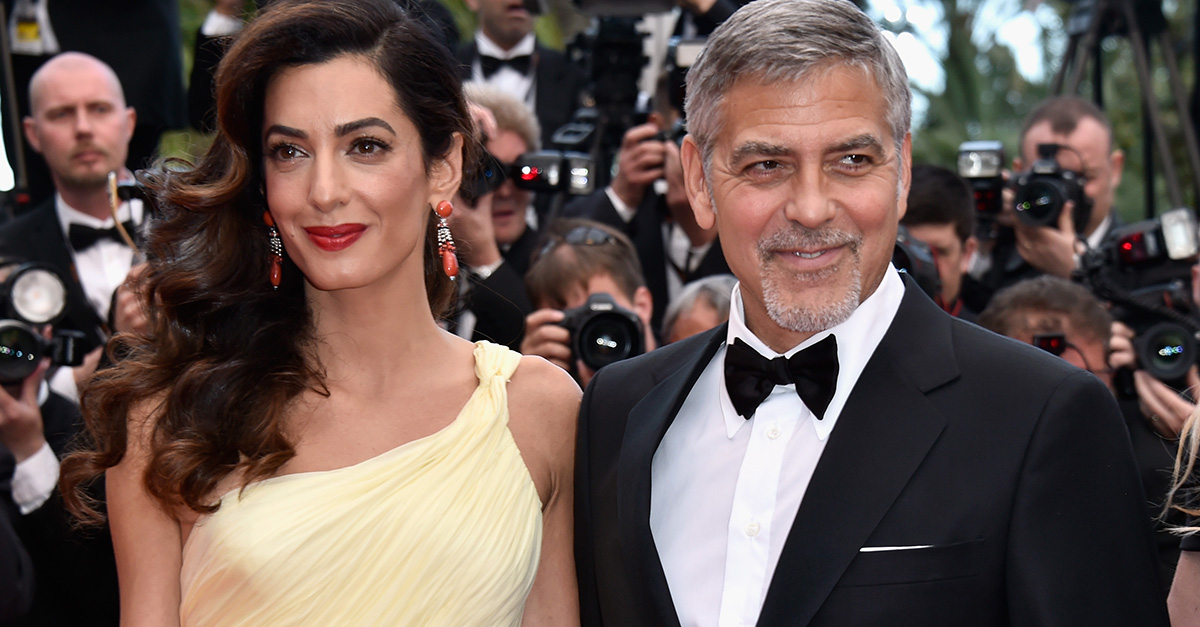