Menu
Follow us
Search
Menu
Search
FILE - In this December 10, 2015 file photo, Harrison Ford greets fans during a Star Wars fan event in Sydney. A film production company has been fined 1.6 million pounds ($1.95 million) over an accident on the set of "Star Wars: The Force Awakens" that broke the leg of star Harrison Ford. The actor was struck by a hydraulic door on the set of the Millennium Falcon — his character Han Solo's spaceship — at Pinewood Studios near London in June 2014. A judge at Aylesbury Crown Court north of London said Wednesday, Oct. 12, 2016 that Foodles Production (UK) Ltd. should have informed Ford of the risks.(AP Photo/Rob Griffith, File)

On Monday afternoon, actor Harrison Ford was involved in a passenger plane incident at a California airport shortly after noon Pacific Standard Time. He was acting as pilot on his private plane and was gearing up to land at John Wayne Airport near Orange County at the time of the occurrence.

RELATED: Carrie Fisher had one last endearing request of her friend and lover Harrison Ford

“Air traffic controllers cleared the pilot of a single-engine Aviat Husky to land on Runway 20L at John Wayne Airport Monday afternoon,” the Federal Aviation Administration (FAA) said in a statement to E! News. “The pilot correctly read back the clearance. The pilot then landed on a taxiway that runs parallel to the runway, overflying a Boeing 737 that was holding short of the runway. The FAA is investigating this incident.”

Ford, 74, was supposed to land on the runway, but mistakenly landed on the taxiway instead, which is in violation of FAA safety rules. He flew overtop of an American Airlines plane with 110 passengers onboard and a six-person crew. Luckily, the Dallas-bound aircraft was still able to take off within minutes after the incident.

While the actor was not injured, he was reportedly captured on air traffic control asking, “Was that airliner meant to be underneath me?”

As a result, the FAA is opening an investigation into the issue, which could cost Ford his pilot license if he is found at fault. Other punishments could include a suspension of his license or just a letter of warning. He has been involved in several piloting accidents in the past, including a 2015 crash in which he landed on a Santa Monica golf course after having engine trouble, causing him to suffer a few moderate injuries.

RELATED: Harrison Ford and Chewbacca bickering on Kimmel was intergalactic humor that had the audience in stitches 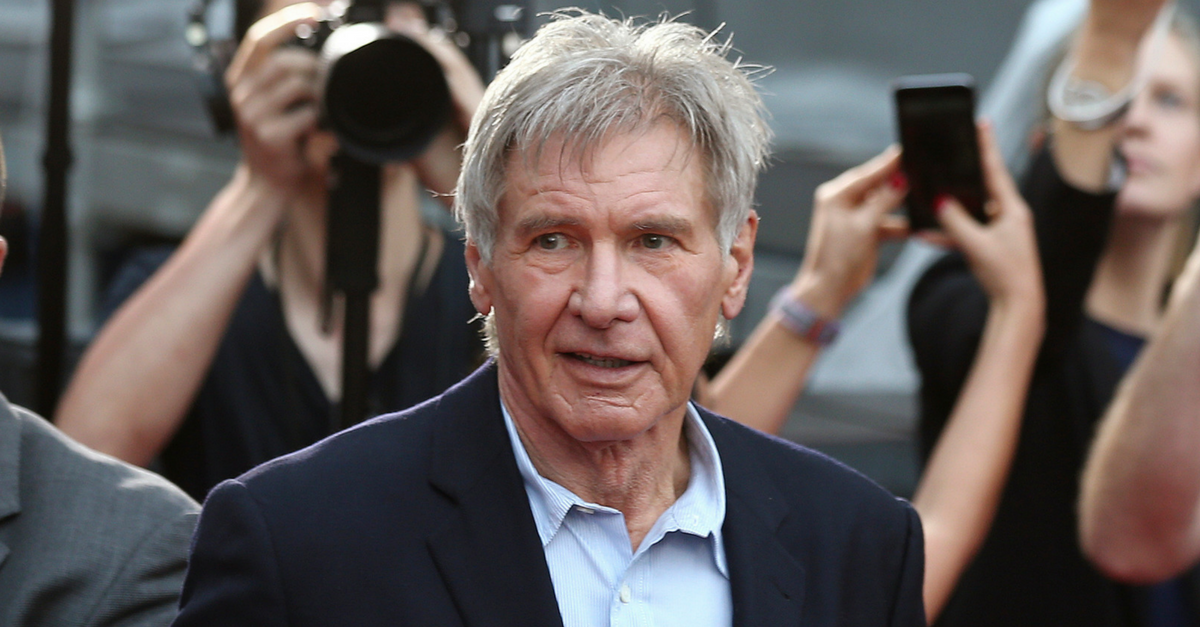