Harry and Meghan revealed how the proposal went down, and it involved a roast chicken 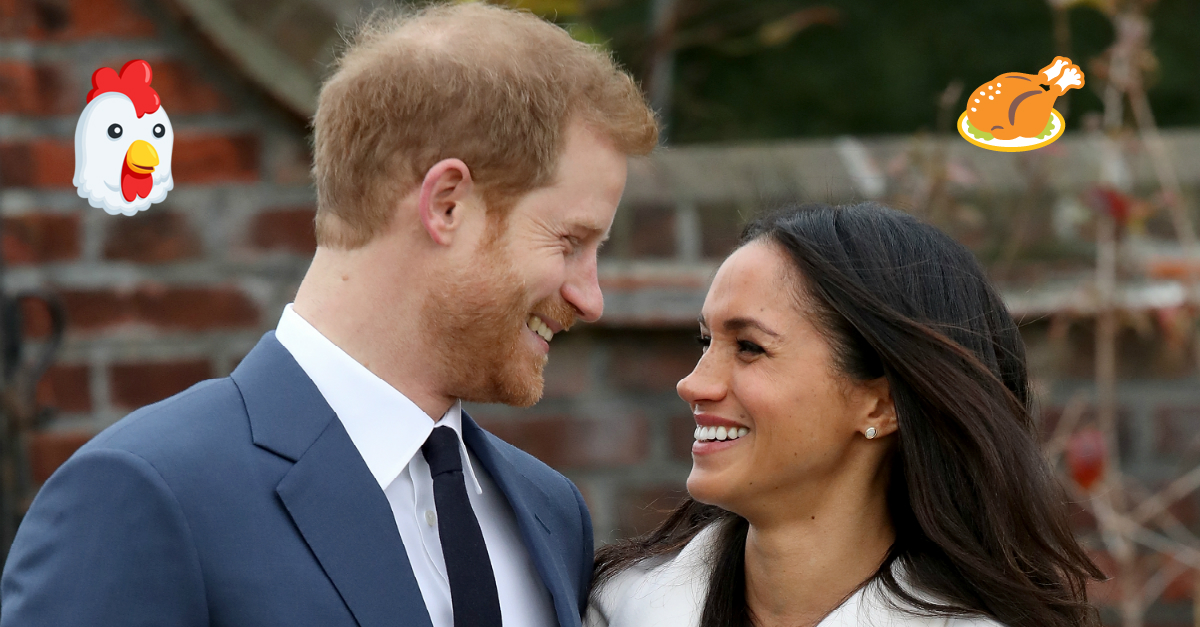 Royal-to-be Meghan Markle and her new fiance Prince Harry have revealed a few adorable details regarding the not-so-regal proposal — and yes, there was a roast chicken involved.

Like Prince William and Kate Middleton did in the wake of their engagement announcement in November 2010, the pair sat down for the traditional royal engagement TV interview — their first-ever interview as an official couple.

According to the newly-engaged love birds, Harry proposed a few weeks ago at their cottage in Kensington Palace.

?It was a cozy night,? Meghan told the BBC. ?We were roasting chicken. It was just an amazing surprise. It was so sweet and natural and very romantic. He got down on one knee.?

Harry added: ?It was a really nice moment — it was just the two of us. I think I managed to catch her by surprise.?

Meghan jumped in again: ?Yes, as a matter of fact I could barely let you finish proposing! I said, ?Can I say yes now!??

Prince Harry and Meghan Markle have described the moment he proposed as their prepared a roast chicken in their home https://t.co/xYvygw6bMB pic.twitter.com/bOA65uPaDN

So there you have it, kids. Never let a roasting a chicken get in the way of proposing to the person you love — and vice-versa.

The couple also described how they were set up on their blind date by a mutual friend, and got to know each during a spontaneous camping trip in Botswana.

“I think about three, maybe four weeks later I managed to persuade her to come and join me,” Harry said. “And we camped out with each other under the stars… she came and joined me for five days out there, which was absolutely fantastic.”

Harry also claimed that his late mother Princess Diana and Markle would be the best of friends if his mother was alive.

?They would be thick as thieves. I think she would be over the moon, so happy, jumping up and down for me. She would probably be best friends with Meghan. It is days like today where I miss having her around to share the happy news. With the ring and everything else that?s going on, I?m sure she?s with us and jumping up and down somewhere else,? Harry said of the two.

The announcement of the couple’s engagement was issued by Clarence House on Twitter, the Prince of Wales and Duchess of Cornwall’s official residence, and said details about the wedding day would be unveiled “in due course”.