Hollywood has once again been rocked by a sexual assault scandal, and this one involves a 12-year-old girl 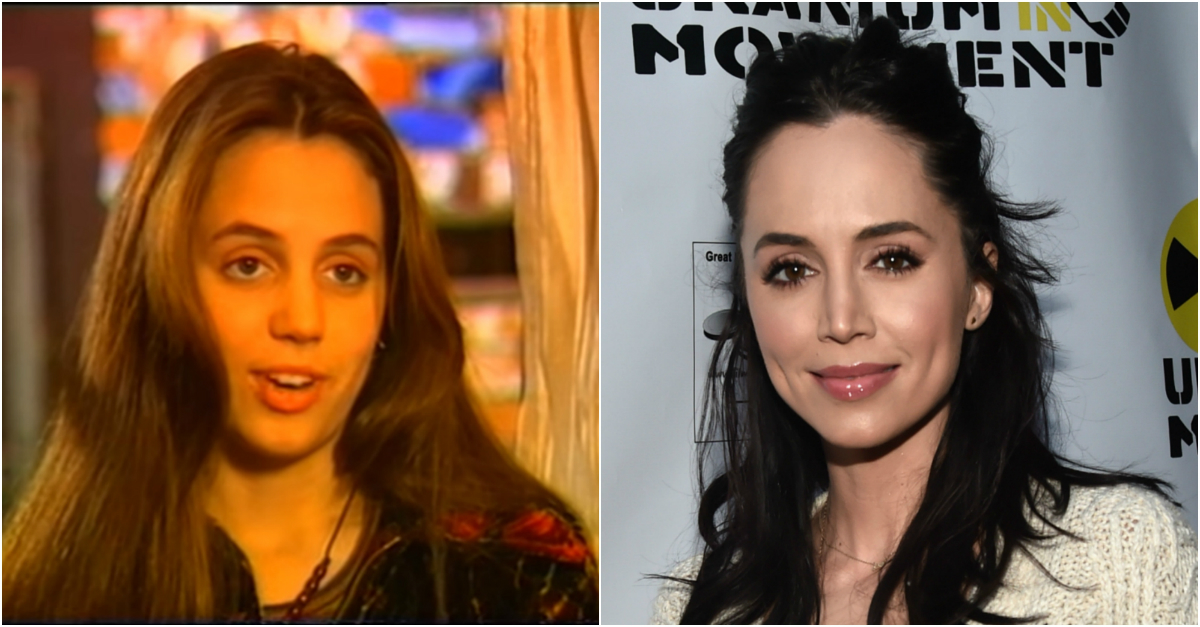 Actress Eliza Dushku is accusing noted Hollywood stunt coordinator Joel Kramer of sexually molesting her when she was 12-years-old on the set of James Cameron’s 1194 movie “True Lies.”

?When I was 12 years old, while filming ‘True Lies,’ I was sexually molested by Joel Kramer, one of Hollywood?s leading stunt coordinators,? Dushku wrote in a lengthy and deeply personal Facebook post. ?Ever since, I have struggled with how and when to disclose this, if ever. At the time, I shared what happened to me with my parents, two adult friends and one of my older brothers. No one seemed ready to confront this taboo subject then, nor was I.”

Dushku then describes in vivid detail the Kramer alleged incident that took place hotel room, but clarifies that she was wearing shorts and that there was no sexual penetration:

I remember, so clearly 25 years later, how Joel Kramer made me feel special, how he methodically built my and my parents? trust, for months grooming me; exactly how he lured me to his Miami hotel room with a promise to my parent that he would take me for a swim at the stunt crew?s hotel pool and for my first sushi meal thereafter. I remember vividly how he methodically drew the shades and turned down the lights; how he cranked up the air-conditioning to what felt like freezing levels, where exactly he placed me on one of the two hotel room beds, what movie he put on the television (Coneheads); how he disappeared in the bathroom and emerged, naked, bearing nothing but a small hand towel held flimsy at his mid-section. I remember what I was wearing (my favorite white denim shorts, thankfully, secured enough for me to keep on). I remember how he laid me down on the bed, wrapped me with his gigantic writhing body, and rubbed all over me. He spoke these words: “You?re not going to sleep on me now sweetie, stop pretending you?re sleeping,” as he rubbed harder and faster against my catatonic body. When he was “finished,” he suggested, “I think we should be careful?,” [about telling anyone] he meant. I was 12, he was 36.

Kramer himself has responded to the allegations. ?These are outlandish, manipulated lies,? he told Deadline. ?I never sexually molested her. I?m sick to my stomach. It?s not true. I think she?s making this up in her imagination. This is all lies. Lies, lies, lies. This is just crazy. I treated her like a daughter.”

He continued, “We all looked out for her. How does a guy like me fight against something like this? I don?t know what to do. I guess I?ll have to get a lawyer and file a lawsuit against her for defamation and slander.?

Kramer has also denied the allegations in a statement to Variety, saying they were ?absolutely not true.?

The film’s director James Cameron claims he would have shown ?no mercy? had he known about Dushku?s alleged experience.

Cameron said, “Had I known about it, there would have been no mercy. And now, especially that I have daughters, there would really be no mercy now. It?s just heartbreaking that it happened to her.

“I mean, I know the other party and not well. He hasn?t worked for me since then. But, you know, the fact that this was happening under our noses, and we didn?t know about it,” Cameron added. “I think going forward, it?s important for all industries, certainly Hollywood, to create a safe avenue for people to speak up, that they feel safe and that anybody who might be, you know, a predator or an abuser knows that that mechanism is there and there will be consequences.

RELATED: Add Aziz Ansari to the list of celebrities who have been accused of sexual assault