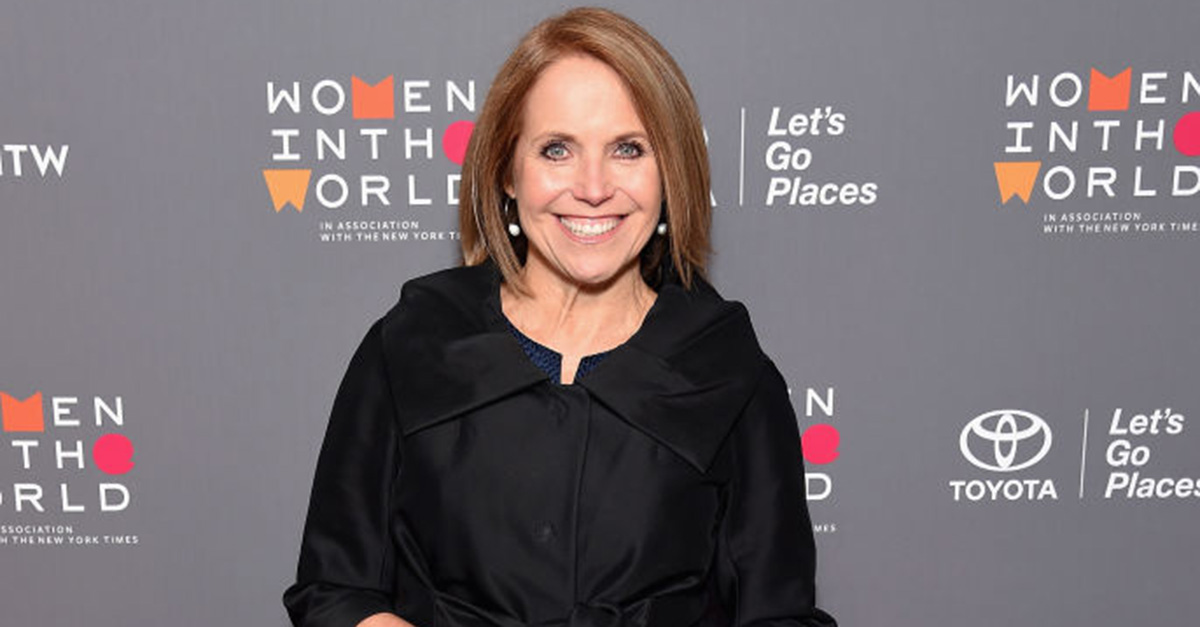 Former “TODAY” anchor Katie Couric is ready to talk about being a victim of sexual harassment at work.

According to US Weekly, Couric appeared at a forum on Friday where she discussed the “gross” comments made by former colleagues. Couric reportedly told the room that when she was hosting the CBS Evening News in 2006, her wardrobe was called into question and on another occasion, an executive at CNN commented on her breast size.

“She?s successful because of her hard work, intelligence and breast size,” she claimed was commented at the time. Instead of reporting it, Couric said that she wrote the executive and he called her, “dripping with apologies.?

?I?ve been very fortunate in terms of not being subjected to a lot of sexual misconduct, but certainly I have been subjected to widely held attitudes about women, about compartmentalizing women,? Couric said.

RELATED: Katie Couric pens a heartbreaking note to her late husband on the 20th anniversary of his death

The publication also reports that Couric was asked about former collegeague Matt Lauer and stated that she did not know about the allegations against him.

In January, she opened up about her feelings on the matter to PEOPLE.

“The whole thing has been very painful for me,? Couric said at the time. ?The accounts I?ve read and heard have been disturbing, distressing and disorienting and it?s completely unacceptable that any woman at the ?Today? show experienced this kind of treatment.”

She continued, “I had no idea this was going on during my tenure or after I left. I think I speak for many of my former colleagues when I say this was not the Matt we knew. Matt was a kind and generous colleague who treated me with respect. In fact, a joke I once made on late-night television was just that, because it was completely contrary to our brother-sister relationship. It?s still very upsetting. I really admire the way Savannah [Guthrie] and Hoda [Kotb] and the entire ?Today? show staff have handled a very difficult situation.?