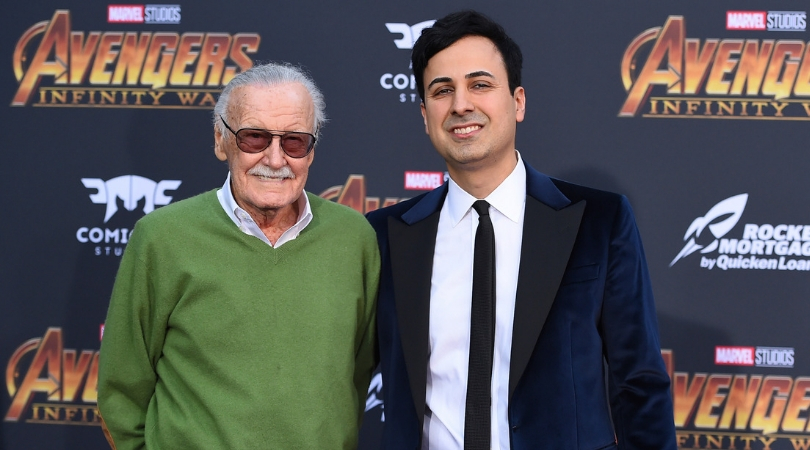 Morgan, who is a memorabilia collector, became close to Lee after the death of his wife, Joan Lee, in 2017. Before his death, Lee was granted a temporary restraining order against Morgan that banned him from harassing, abusing, or contacting Lee, requiring him to stay at least 100 yards away from him. According to the restraining order, Lee, law enforcement and Adult Protective Services believed Morgan was “unduly influencing” Lee and isolating him.

With #AvengersEndgame coming out next week, here’s a throwback to Stan having a terrific time at past Avengers premieres. #tbt

According to court orders, Morgan was accused of seizing control of Lee’s Hollywood Hills home and hiring several security guards with orders to keep him, relatives and associates, away, before moving Lee to an unfamiliar condominium. The 43-year-old denied all the allegations at the time, saying he had taken great care of Lee for many a year, and never had a problem directly with Lee.

“I have taken great care of Stan Lee for the past many years, and have never had a problem directly with Stan. I have a fantastic relationship with him for the past many years as he has stated countless times on the record and I literally saved his life once. I will 100% prove beyond a shadow of a doubt that the allegations against me are false.”

#FlashbackFriday to this day in 2011 when Stan was given a star on the Hollywood Walk of Fame. As you can see, he was pretty pleased to receive such a historic honor!

The ex-manager also acted as Lee’s soul public representative for many years at a time when the comics’ legend’s health was getting worse, and the bulk of his communication happened through social media. There was a dispute over who was actually running the accounts for quite some time.

Lee was known for creating dozens of iconic comic book figures for X-Men, Spider-Man, Iron Man and Black Panther. His movie cameos, still emerging after his death in films such as “Avengers: Endgame,” are a sentimental and beloved element of the Marvel Cinematic Universe.