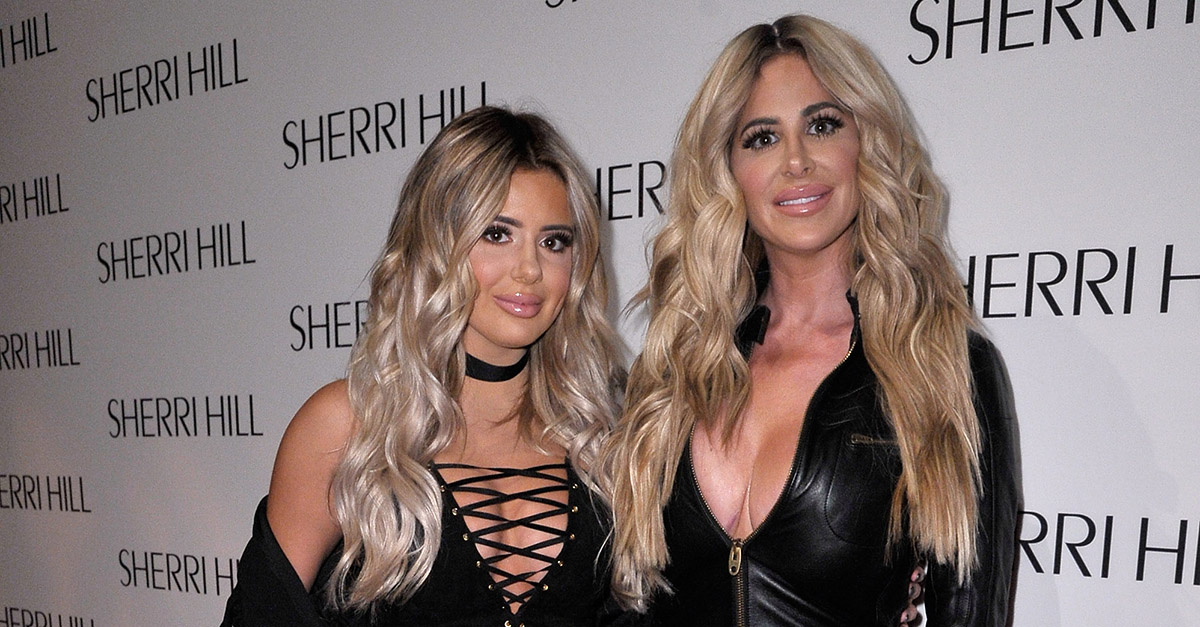 Kim Zolciak-Biermann passed her hair color and outspokenness on to her daughter, and she’s not holding back with the latter.

Brielle Biermann, 20 — Kim’s oldest child of six — reignited the ongoing feud between her and her mother’s “Real Housewives of Atlanta” co-star NeNe Leakes on Sunday night.

RELATED: This reality star and her daughter claimed that airline employees harassed them at a German airport

Leakes, 49, shared a photo on Instagram of her and her “Real Housewives” ladies Cynthia Bailey and Kenya Moore leaning against a wall. The photo was innocent enough, but when gossip blog The Shade Room reposted the image with a caption, “Name that girl group,” eagle eyed fans spotted Brielle’s shady comment. She wrote “Xstinct,” a pointed jab at Leakes referencing “RHOA’s” Kandi Buress’ girl group, Xscape.

Kim come get your daughter !!!! 🗣 pic.twitter.com/XJM2wnzI3l

The dig was the latest from the younger Biermann targeted at Leakes. Earlier this year, Leakes slammed Brielle for posting a video of the elder woman’s home featuring a bug, insinuating that Leakes’ home was ridden with cockroaches. Brielle also posted a selfie in Leakes’ bathroom mocking her lack of mirrors and decor. Leakes’ outrage was apparent when she labeled the footage “racist” and blasted Brielle for her “fake” assets, reported the Daily Mail.

“We don’t have roaches! If you found 1, u brought it with u or it fell outta yo funky p***y! Please know I will get You all the way together when you start f*****g wit me and mine!” NeNe wrote on a since-deleted Instagram video showing the Snapchat video in question. “Go somewhere and let the air outta those fake lips, fake titties and fake a** because you will never be [Kylie Jenner],” she continued, before slamming her co-star’s parenting.

“Yo trashy mama should have taught you better! My home is Brand New but you guys were so jealous of it, you couldn’t even give a compliment. You had to stoop so low and be so disgusting,” she also wrote.

After the incident, Kim, 39, took Leakes to task for her “slanderous comments.” She said in part, “It’s so sad and offensive that someone can stoop so low as to call someone a racist just because they are mad … I think everyone including NeNe needs to spend some time uplifting people instead of tearing them down.”

The trio have been dueling for months, especially since it was announced that Leakes would be returning as a main star in the current 10th season of the Atlanta-based show, while Zolciak-Biermann would only be a returning as a guest.