“King of Instagram” hides behind a police car, begs for a gun in intense Las Vegas videos 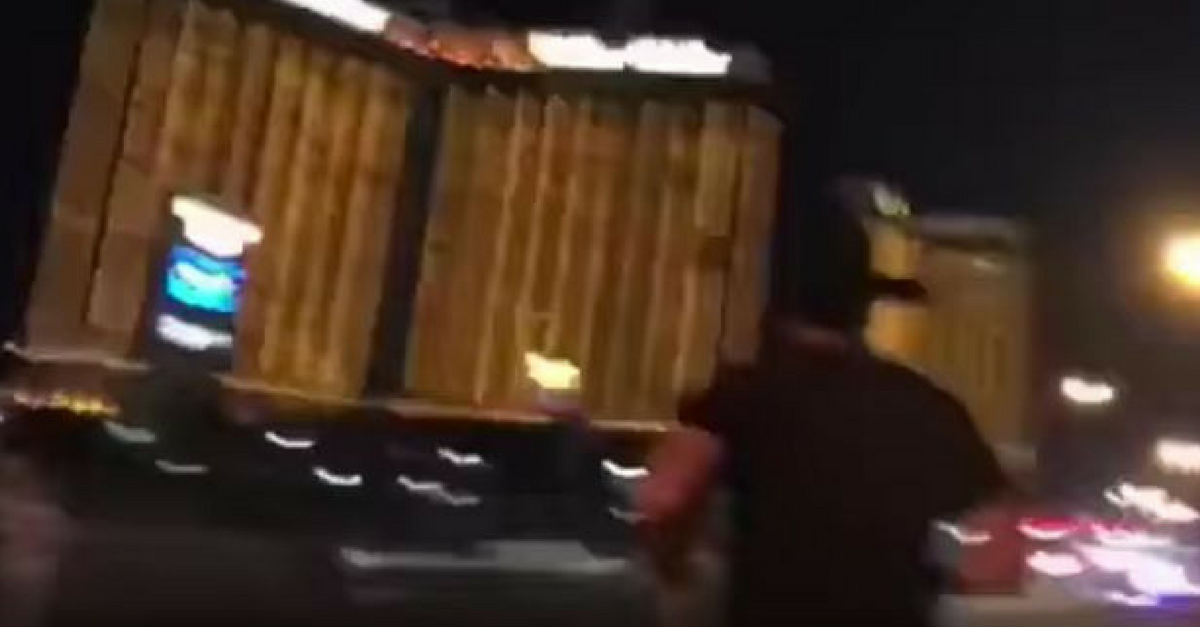 A harrowing video from the Las Vegas shooting shows “King of Instagram” Dan Bilzerian frantically rifling through the inside of a police truck looking for a weapon as he and other concert attendees duck for cover from flying bullets.

Bilzerian can be seen running with fellow panicked concertgoers and hiding behind a Las Vegas Metro Police Department truck. As the terrified group of people, some of whom are covered in blood, crouch behind the vehicle, Bilzerian searches through the truck, presumably looking for a firearm to fight back with. All the while, gunfire from Mandalay Bay persists.

RELATED: “King of Instagram” flees the scene of the Vegas shooting in harrowing video

In another video from the massacre, Bilzerian sprints back towards Mandalay Bay, running into some police officers on the way. He begs the officers to give him a gun so that he could help them take down the shooter, but the officers weren’t into the idea.

“Give me a gun!” Bilzerian yells, showing the officers his gun license.

“No, get the f**k away from me right now,” one of them responds.