Kym Johnson Herjavec may be eating for three these days, but she’s still keeping busy in the gym 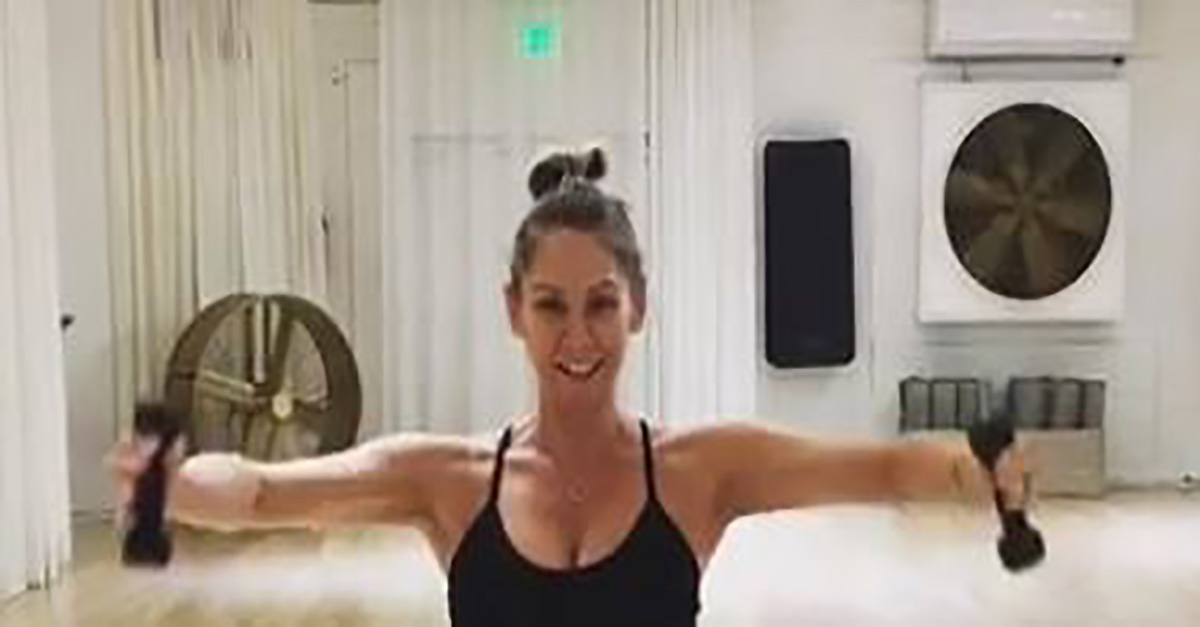 Kym Johnson Herjavec’s got a belly full of babies, but she’s keeping fit the best way she knows how.

The “Dancing With the Stars” pro gave fans another look at her growing baby bump while working out at her dance studio, “The BOD.”

?Back in the studio with my growing belly! (23 weeks),? Johnson Herjavec captioned the footage. The future mom of twins wore a black sports bra and grey leggings while lifting weights.

While keeping up with her workouts, the dancer shared that she would be teaching a latin dance class of her own on Saturday.

Back in the studio with my growing belly! (23 weeks) I'll be teaching this Saturday morning 10am so come join me for Dance Fit Latin 💃👊🏻 #dance #fitness #pregnantfitness #23weekspregnant #twins

Johnson and her husband “Shark Tank’s” Robert Herjavec, 55, announced Johnson?s pregnancy in early December with an adorable Instagram ultrasound photo featuring one of their babies flashing a thumbs up. As it turns out, there is another baby on the way as well.

?We waited so long that we decided to double up!? the pair told PEOPLE after revealing they were having twins. ?We are very grateful for the blessing of twins.?

They met after being paired up on the 20th season of “Dancing With the Stars.” They didn’t go home with the trophy but instead went on to wed in a July 2016 wedding.

The 46-year-old isn’t the only future mom maintaining her figure while having a bun in the oven. At six months pregnant, reality star Khloé Kardashian recently flaunted her own pregnant body at the gym. The mom-to-be is reportedly expecting a boy due in April with boyfriend Tristan Thompson. She clapped back at the trolls who attempted to police her decision to work out through her pregnancy, citing the health benefits.

?MY doctor and I communicate and my workouts are cleared and highly recommended,? she said. ?Thanks kiddos! Don?t make me stop sharing s?.?