Chris Kennedy: Emanuel is forcing black people out of Chicago 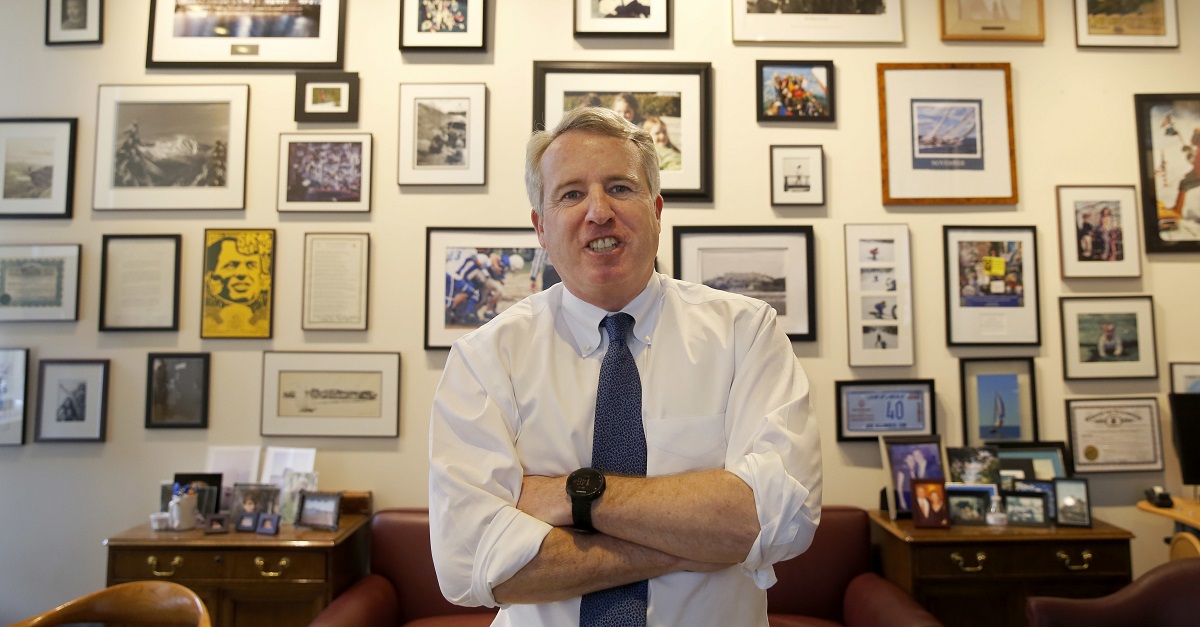 AP Photo/Charles Rex Arbogast
Chicago businessman Chris Kennedy, poses for a portrait in his office Wednesday, Feb. 8, 2017, in Chicago. Kennedy, the son of the late Sen. Robert F. Kennedy Jr., says he will run for Illinois governor in 2018. His bid brings the instant name recognition of his family's political legacy to what will likely be a sharply contested race to unseat Republican Gov. Bruce Rauner. (AP Photo/Charles Rex Arbogast)

In case you haven’t noticed, there is a contentious governor’s race that is only beginning to heat up. With the primary only a couple months away, one candidate has decided to crank things up a notch.

During a press conference in Lawndale about gun violence, here is what Democratic Candidate Chris Kennedy said about Chicago Mayor Rahm Emanuel:

“I believe that black people are being pushed out of Chicago intentionally by a strategy that involves disinvestment in communities being implemented by the city administration, and I believe Rahm Emanuel is the head of the city administration and therefore needs to be held responsible for those outcomes…This is involuntary. That we’re cutting off funding for schools, cutting off funding for police, allowing people to be forced to live in food deserts, closing hospitals, closing access to mental health facilities. What choice do people have but to move, to leave?…And I think that’s part of a strategic gentrification plan being implemented by the city of Chicago to push people of color out of the city. The city is becoming smaller, and as it becomes smaller, it’s become whiter.”

And Kennedy may have a point. As Rare has recently written about, the black population at Chicago Public Schools has been steadily decreasing.

“The reasons for these trends aren’t entirely clear, but they are indicative of broad challenges related to growth, economics and segregation facing Chicago and its public schools, particularly in African-American communities on the city’s south and west sides,” said the Metropolitan Planning Council.

Chicago has also been the only major city recently to lose population in the United States and that is largely because of black migration out of the city, according to US Census figures.

So why is Kennedy, a candidate for governor, even going after Rahm, who holds a different position?

The Democratic race for governor is tight. While polling numbers haven’t been released yet, there is no clear front-runner to be the challenger to current governor Bruce Rauner in November.

Rahm has gained some popularity for his defiance of President Trump (on multiple issues), but many believe he is still failing the city he is supposed to be the leader of, which affects the rest of the state by extension.

Kennedy (if that last name rings a bell, yes, he is related to all of those other Kennedys) is a former chairman of the University of Illinois Board of Trustees released his tax reports from last year that reported an earned income of $1.3 million but his total net worth isn’t reported.

J.B. Pritzker, another Democratic candidate in the running released his net worth of $3.4 billion. He has received endorsements from both US Senators Tammy Duckworth and Dick Durbin, Secretary of State Jesse White, and many other state officials.

RELATED: Governor Rauner has made a decision about Chicago’s minimum wage that isn’t going to excite you

State Senator Daniel Biss doesn’t have the financial firepower of the other two candidates but has made a name for himself being strong on traditional Democratic issues.

The Democratic Primary will take place on March 20th. Go to the Illinois State Board of Elections website to find out information about voting registration, polling places, and more.