On Nov. 27, Prince Harry made an official announcement that he is, in fact, engaged to American actress Meghan Markle. The Prince released a statement sharing the news on the official social media pages for Kensington Palace.

“His Royal Highness Prince Henry of Wales and Ms. Meghan Markle are engaged to be married,” Kensington Palace wrote in the caption ahead of Harry’s statement.

Well wishes poured in from all over the world when royal-bride-to-be Meghan and Harry announced the royal engagement, but despite the near-unanimous joy at the announcement, some jokers just couldn’t help themselves — including one of Meghan’s former colleagues.

Patrick J. Adams is an actor who plays Mike Ross on USA Network’s legal drama “Suits.” The show also stars Meghan Markle, who plays Rachel Zane, the fiance of Adams’ character. Clearly Adams likes to partake in a spot of banter with his co-stars, because he cracked wise when he heard the news about his on-screen lover’s updated relationship status.

The actor tweeted a link to Kensington Palace’s announcement of the engagement news an added his own quip as a caption: “She said she was just going out to get some milk…”

She said she was just going out to get some milk… https://t.co/y7cnM0eC9D

RELATED: Meghan Markle and Prince Harry had that pre-wedding glow as they did their first interview since the engagement

News of Markle’s departure from the USA Network series came earlier this month when The Hollywood Reporter reported that she and Adams were planning to leave. There were also reports that a wedding scene between Markle’s character Adams’ character was filmed in Toronto. 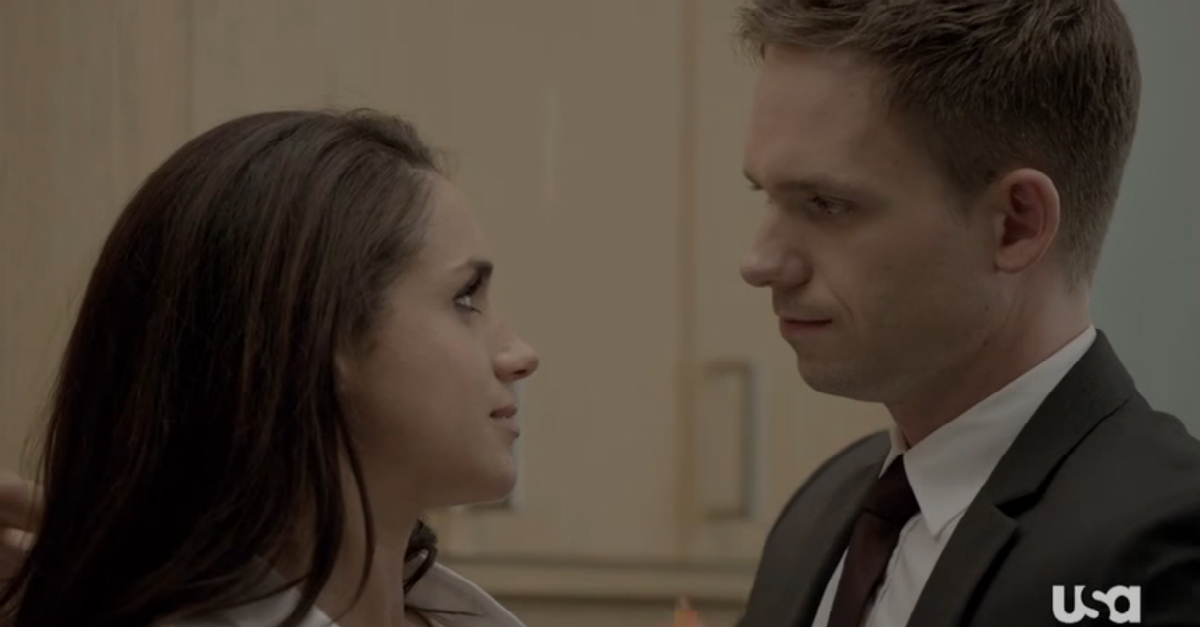