Menu
Follow us
Search
Menu
Search
Left: SAG Awards/Twitter Right: TORONTO, ON - SEPTEMBER 23: U.S. first lady Melania Trump smiles as she meets with Prince Harry for the first time while leading the USA team delegation ahead of the Invictus Games 2017 on September 23, 2017 in Toronto, Canada (Photo by Chris Jackson/Getty Images for the Invictus Games Foundation )

“There has never been a host for this awards show before,” Bell said. “First time. First person. First LADY! I honestly never thought I would grow up to be the first lady, but you know what, I kind of like it. I think my first initiative as first lady will be cyberbullying… because I have yet to see any progress on that problem quite yet.”

Despite not directly referencing the first lady, it seemed like Bell was alluding to Melania’s mission to end cyberbullying.

“I’m looking at you Tony Hale!” she said gesturing toward the “Veep” actor. “You’re a bully! You guys, he’s a savage on Twitter!”

Bell’s monologue came to a close with a message of encouragement for the Times Up movement which fights against sexual harassment and inequality for women in the workplace. “We are living in a watershed moment, and as we march forward with active momentum and open our ears, let’s make sure we’re leading the charge with empathy and diligence,” she told the audience before ending on a gag. “Because fear and anger never win the race. Most importantly, regardless of our differences, I think we can all come together and delight in one thing — ‘Frozen 2’ is coming out in theaters in 2019! I’m very excited.”

Watch the whole thing below:

Ladies and Gentlemen, please give a standing RT to your FIRST EVER #sagawards Host, @IAMKristenBell! 🎭 pic.twitter.com/MrZfxRqXGK

RELATED: Things got awkward at the SAGs when Alison Brie was asked about her brother-in-law James Franco 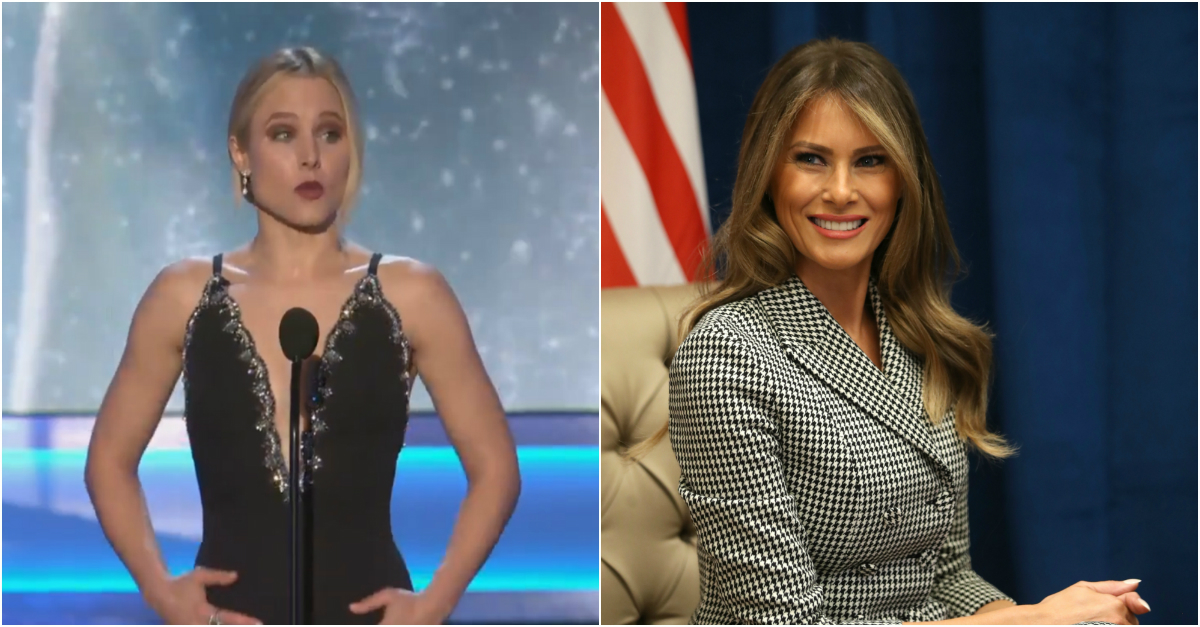