Former first lady Michelle Obama posted a sweet Valentine’s Day message to her husband, former President Barack Obama, on Twitter alongside a romantic playlist she dedicated to him.

“Happy #ValentinesDay to my one and only, @BarackObama. To celebrate the occasion, I’m dedicating a little Valentine’s Day playlist to you!” Mrs. Obama wrote, followed by a heart emoji.

She also included a link to the Spotify playlist that she had dedicated to her husband of 25 years. The playlist included songs from Andra Day, Ben E. King, Etta James, Alabama Shakes, Leon Bridges, Barry White, and Diana Ross, just to name a few.

Happy #ValentinesDay to my one and only, @BarackObama. To celebrate the occasion, I’m dedicating a little Valentine’s Day playlist to you! 💝 https://t.co/aHSQAL25mH

Former President Obama also posted a loving note to his wife on Twitter, accompanying a casual photo of the two.

“Happy Valentine’s Day, @MichelleObama. You make every day and every place better,” he tweeted.

Happy Valentine’s Day, @MichelleObama. You make every day and every place better. pic.twitter.com/aWvyytR7Mm

The former first couple has made it a habit of posting touching notes to each other on social media to mark special occasions. On their 25th wedding anniversary in October of 2017, Michelle shared a picture of the couple on their wedding day in 1992.

She also shared a sweet throwback photo of his time on the campaign trail for his 56th birthday, captioning the photo, “Another year older, but the same phenomenal guy I married nearly 25 years ago. Happy birthday, @BarackObama— we love you so much!”

The former president has also made sure to share heartfelt sentiments on social media to mark special occasions.

For his wife’s 54th birthday earlier this year, he posted an adoring message to her, writing, “You’re not only my wife and the mother of my children, you’re my best friend. I love your strength, your grace, and your determination. And I love you more each day. Happy Birthday, @MichelleObama.”

RELATED: After the Obamas’ official portraits were unveiled, people had a lot to say 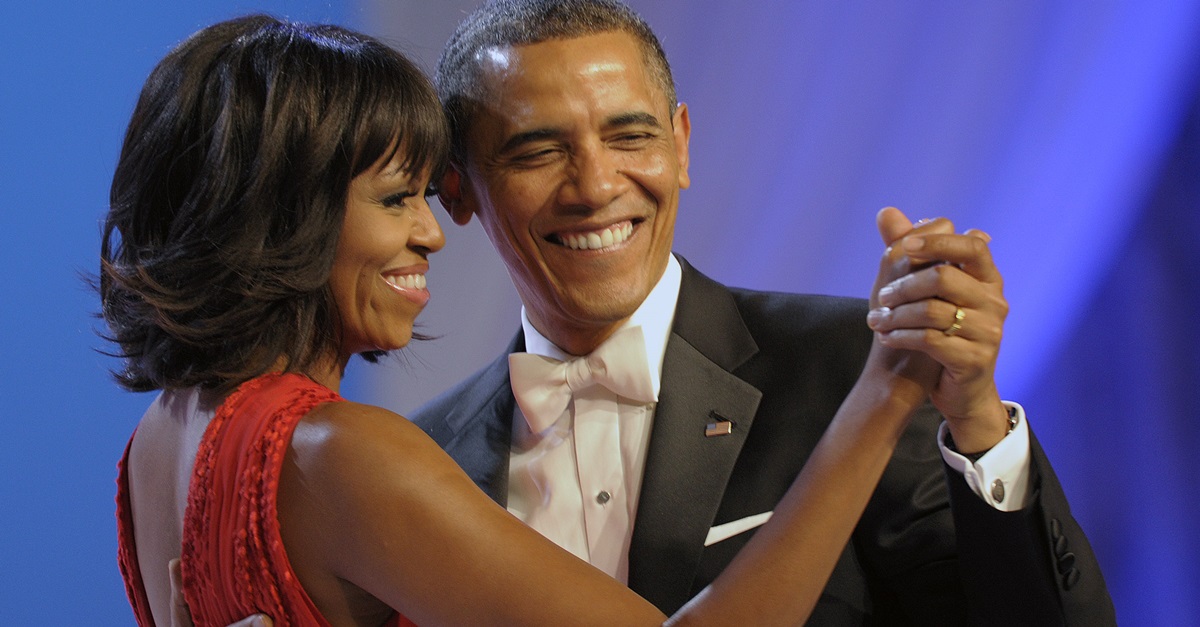