Menu
Follow us
Search
Menu
Search
LONDON, ENGLAND - APRIL 29: Their Royal Highnesses Prince William, Duke of Cambridge and Catherine, Duchess of Cambridge kiss on the balcony at Buckingham Palace on April 29, 2011 in London, England. The marriage of the second in line to the British throne was led by the Archbishop of Canterbury and was attended by 1900 guests, including foreign Royal family members and heads of state. Thousands of well-wishers from around the world have also flocked to London to witness the spectacle and pageantry of the Royal Wedding. (Photo by Peter Macdiarmid/Getty Images) *** Local Caption *** Prince William;Duke of Cambridge;Catherine;Duchess of Cambridge;

Get your lip gloss ready, June 19 is National Kissing Day!

In honor of this most smoochable of Internet holidays, let’s take a look at the most famous (or infamous) kisses of all time. 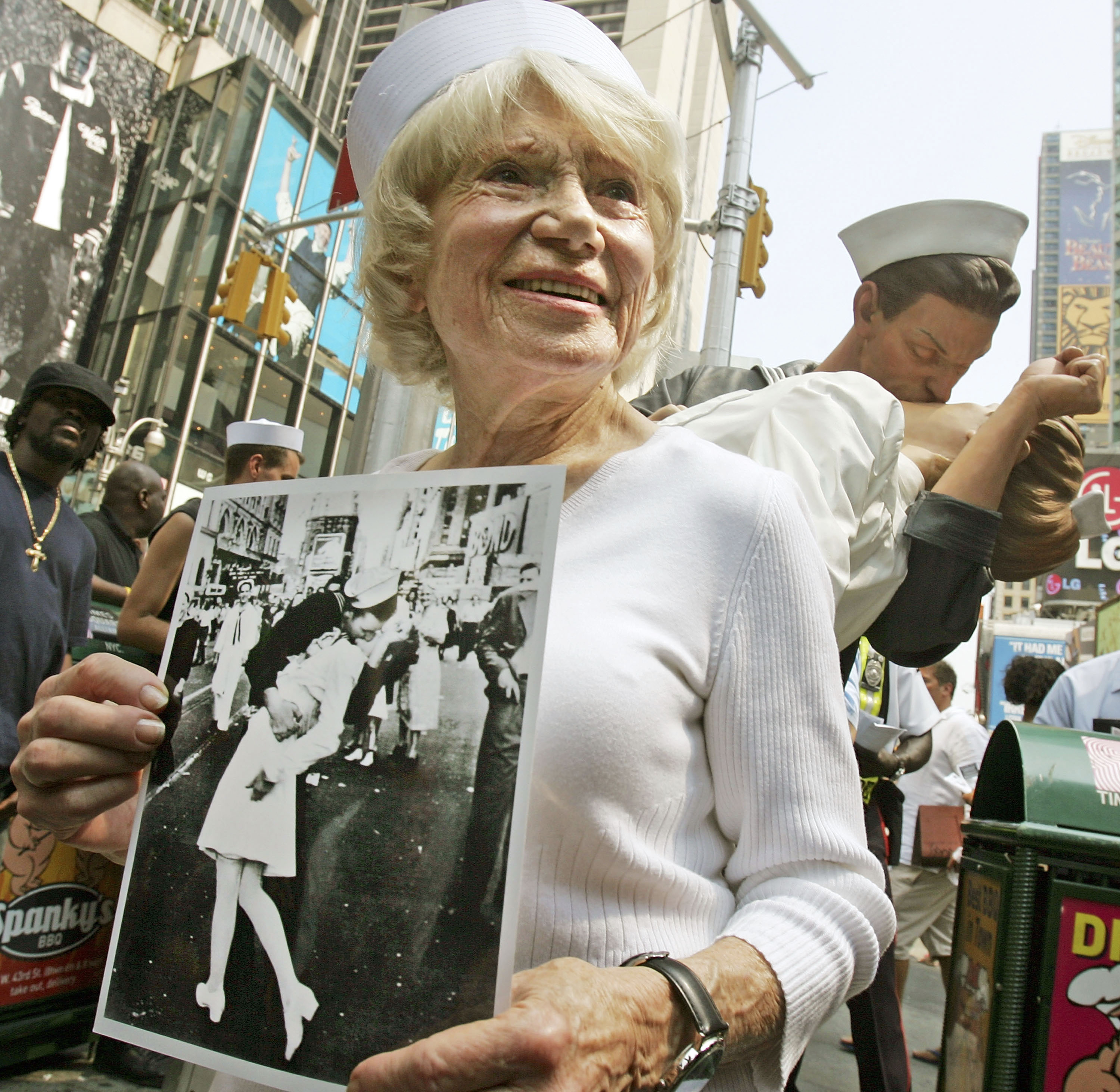 2. Lady and the Tramp

The sequence of Lady and Tramp sharing a plate of Italian spaghetti from the 1955 Disney classic is not only one of history’s best kisses, it’s considered an iconic scene in American film history. 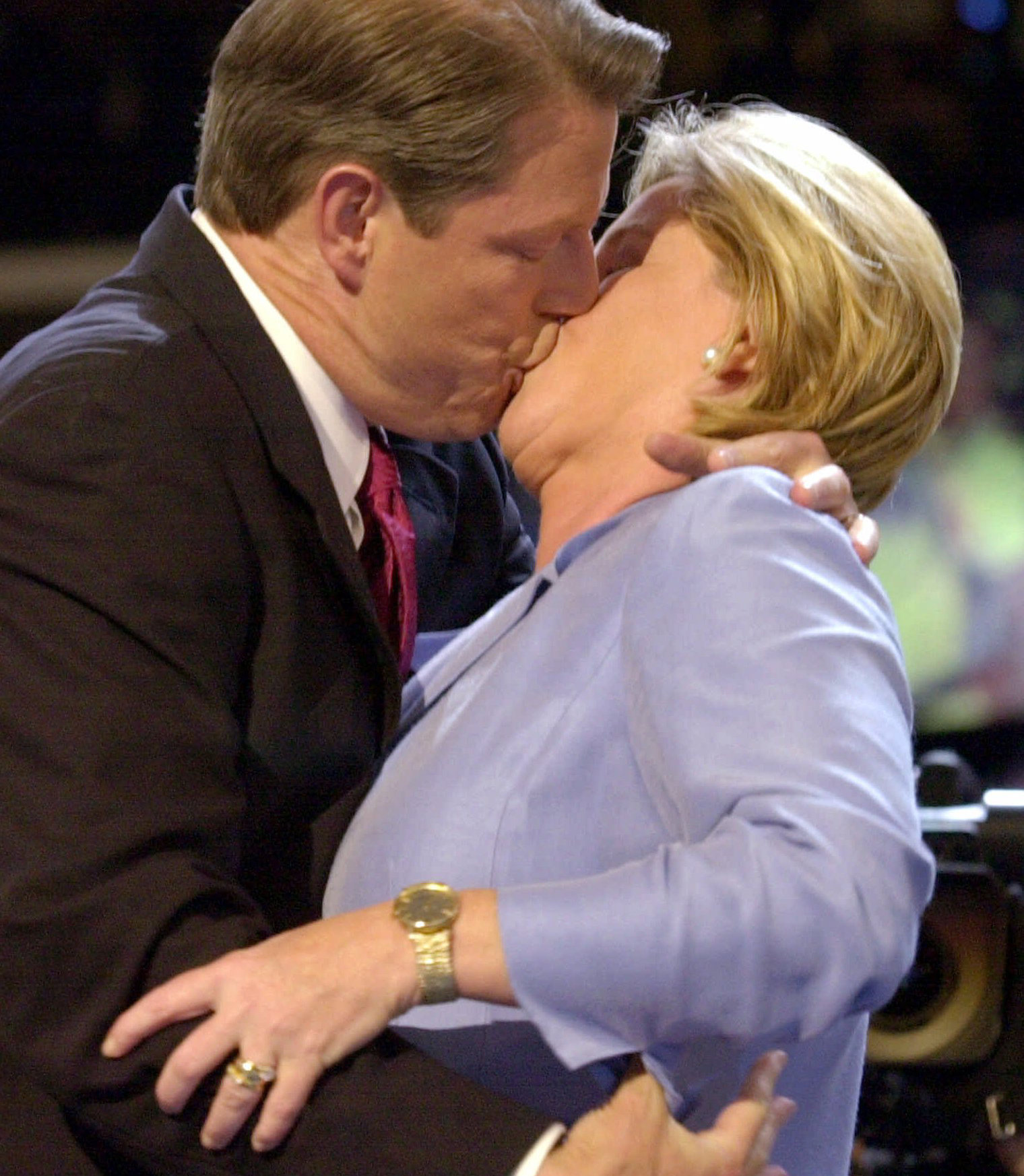 At the Democratic National Convention in 2000, Vice President Al Gore and his wife, Tipper, kissed awkwardly for three whole seconds … and the media exploded. This has to be one of the most awkward kisses of all time — was he trying to swallow her? (Photo: Associated Press)

5. Gone with the Wind

From the 1939 movie near the top of the American Film Institute’s best flicks of all time: “I want you to faint. This is what you were meant for. None of the fools you’ve ever know have kissed you like this, have they?” SWOON. 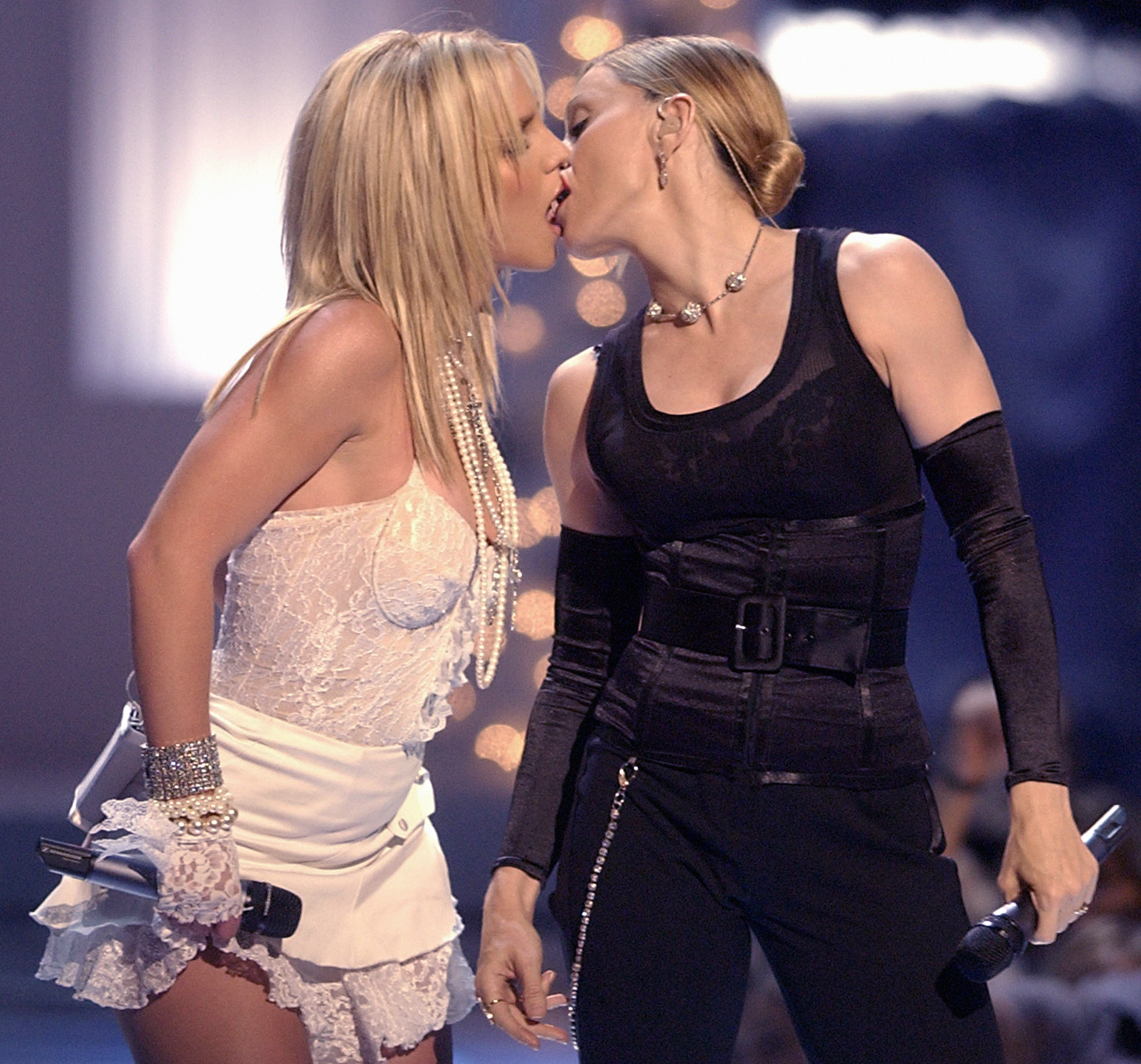 Britney Spears and Madonna shocked the world by kissing (with tongue!) at the 2003 MTV Video Music Awards. The image was apparently so appalling that some newspapers had to apologize for placing it on the front page. If the pop stars were doing it for shock value and attention, they definitely succeeded. (Photo: Associated Press) 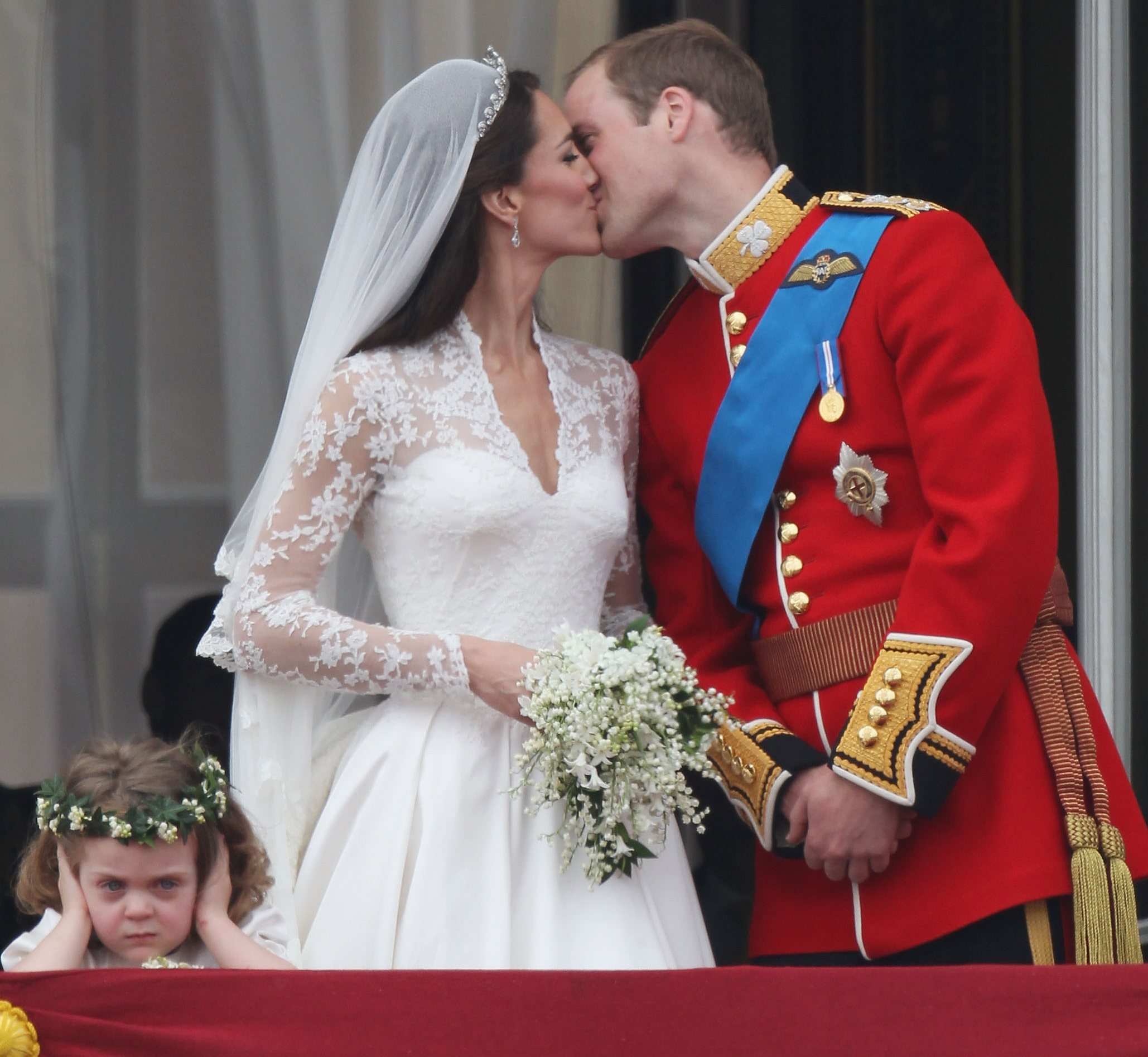 Who could forget this grumpy flower girl from the marriage of Their Royal Highnesses Prince William, Duke of Cambridge, and Catherine, Duchess of Cambridge, on the balcony of Buckingham Palace on April 29, 2011? Thousands of eyes from around the world were watching this moment, but this adorable little girl could not have cared less. (Photo: Getty Images) 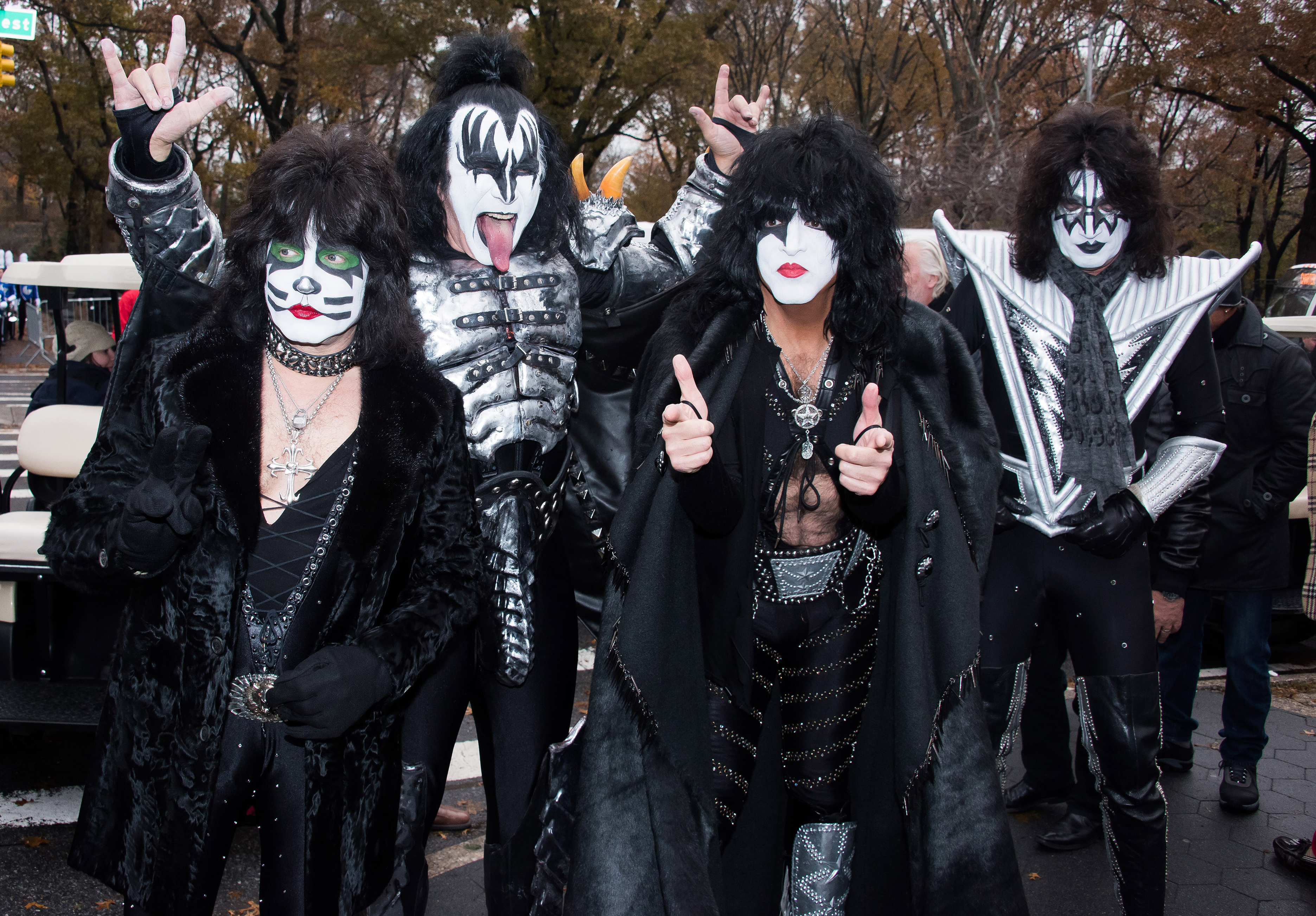 They have more gold albums than any American rock band … so this iconic costumed group cannot be overlooked. (Photo: Associated Press)

In 1974’s The Godfather Part II, mob boss Michael Corleone (played by Al Pacino) kisses his brother Fredo (John Cazale) after revealing that he knew of his betrayal (and so Fredo was all but guaranteed to sleep with the fishes). “I know it was you, Fredo. You broke my heart.”

Madonna must go around just kissing everyone, but the reaction she got from Drake on stage at the Coachella festival this year is probably not what she expected. Madonna has said it was planned, while Drake has said to not confuse his shock with disgust. We guess without the truth, all we have is this image forever burned into our memories.

There are so many more than can fit on one list … what are your favorite kisses of all time?