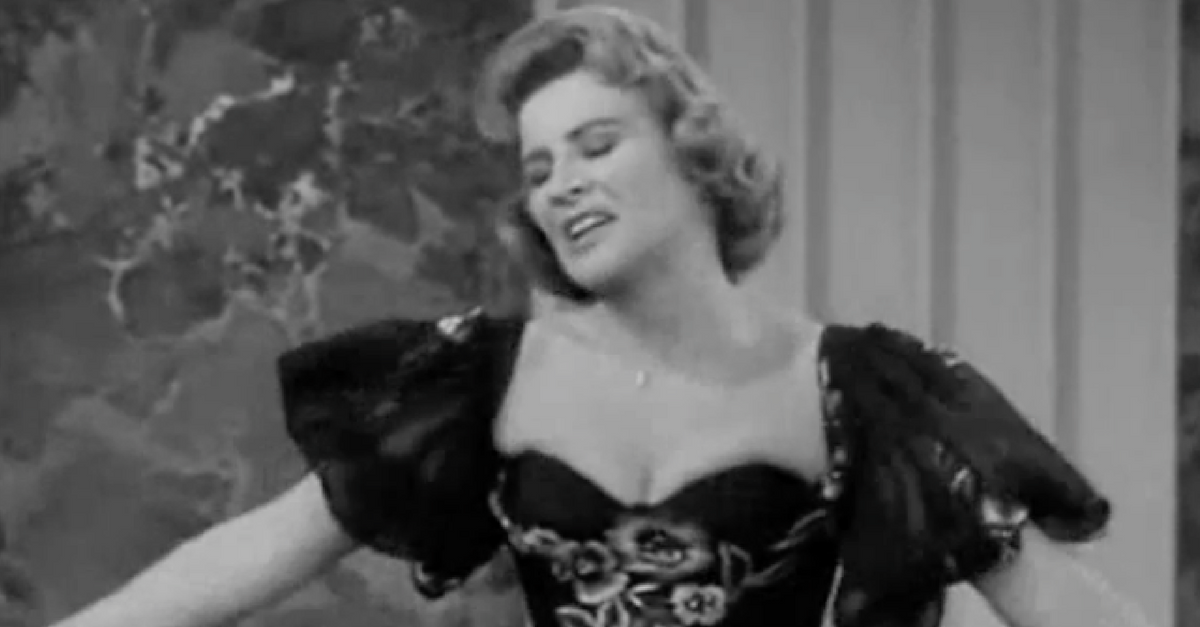 Rose Marie may be gone from our world, but she’ll remain in our hearts as the beloved Sally Rogers from “The Dick Van Dyke Show” and all of her other work as an actress, singer and entertainer. In this classic clip, she belts out “I Wish I Could Sing Like Durante.”

Jimmy Durante was an influential star that took Rose Marie under his wing and someone whom she frequently did bits singing about or impersonating.

“Oh! That man was the love of my life!” she once said in an interview. “Love of my life! I’m not an impersonator, I never was, but in my act I used to do a little bit of a Durante in a song. It got [more and more popular]. His wife said I did the best Durante of all. In fact, I ended up having to do a whole song as Durante in my act.”

RELATED: A Hollywood icon and “Dick Van Dyke Show” star has died at 94: “Heaven just got a whole lot funnier”

“I used to go to Jimmy and say, ‘How do I do this?'” she continued. “He taught me how to do him with the proper inflections and how to move my hands. He had a certain way of talking. I graveled my voice a little more and it got to the point where I had to do full numbers about Jimmy Durante; ‘I’m in Love with Jimmy Durante’ and ‘I Wish I Could Sing Like Jimmy Durante.’ It was a whole series of numbers that I did in my act. I had to go to Jimmy all the time. He even taught me how to play the piano like him.”

Sadly, the actress passed away on Thursday at the age of 94. Her decades-long career contained everything from radio spots to touring with a vaudeville group to singing for presidents Coolidge, Hoover and Roosevelt to a brief stint in film. Last month, she celebrated her 90th year in show business, and the release of the documentary “Wait for Your Laugh” coincided with the occasion.

RELATED: Drew Barrymore recreated some of her famous Hollywood childhood looks and totally nailed it