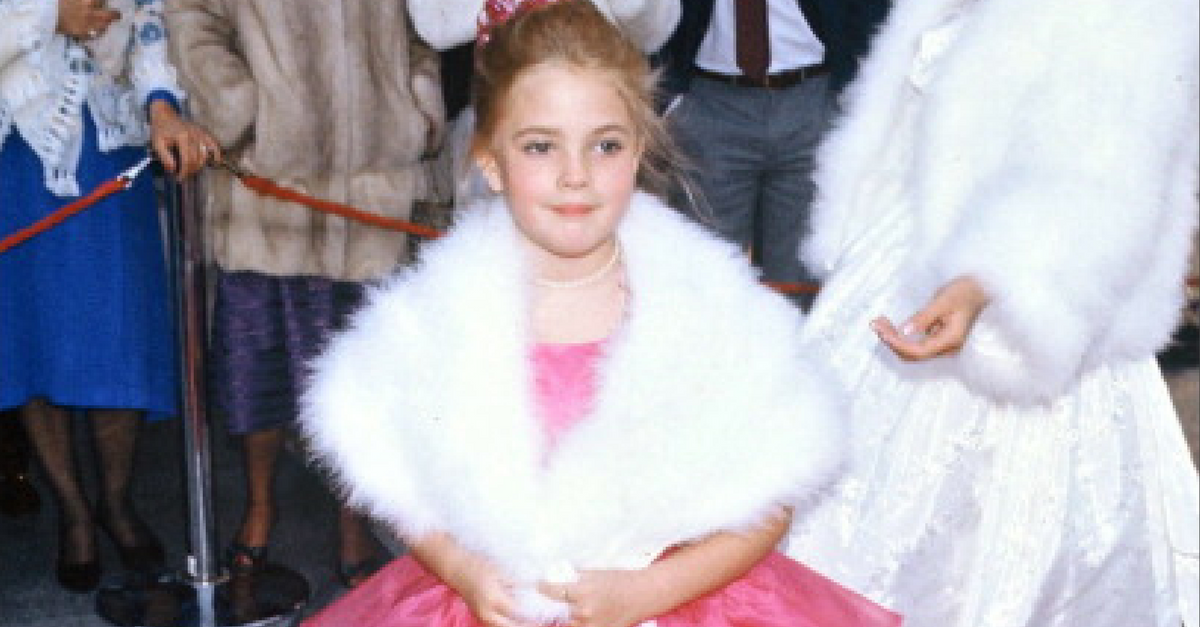 Drew Barrymore took a walk down memory lane by recreating some of her most famous childhood red carpet looks for InStyle’s February edition, and she completely pulled off the challenge.

“We are recreating looks from a very specific time period in my life from when I’m about five to 10, which would be about 1980 to 1985,” she explained to the magazine. “From a young age I was overly passionate and thought everything lived and died in a professional atmosphere because, back then, it was really all I had. I didn’t have a family. I’ve been working as long as I can remember.”

The actress’s recreated looks include many of her “Little Drew” outfits, including the pink tulle dress she wore to the 1983 Academy Awards, the bucket-hat she sported during a 1984 Vanity Fair shoot and many, many more.

RELATED: Drew Barrymore?s daughter looks exactly like her mother did when she made ?E.T.? ? Do you see it?

“I?ve grown and changed and evolved throughout the years, but I?m not, in spirit, that different from the kid in the pictures wearing giant poofy dresses,” she admitted. “I just had a lot of rebellion that had to calm down.”

Now with children of her own, Barrymore also opened up about how she’s not looking for a relationship because motherhood is so fulfilling.

“My daughters are so fulfilling that I feel like my cup is just avalanching over. If love took on a physical analogy form, I?d be an overstuffed turkey or piñata,” she shared. “So I?m not really hungry for it at this moment. I don?t think I would have ever known that I could be this content, this whole, without being in a romantic relationship. That would have been a surprise to my younger self.”