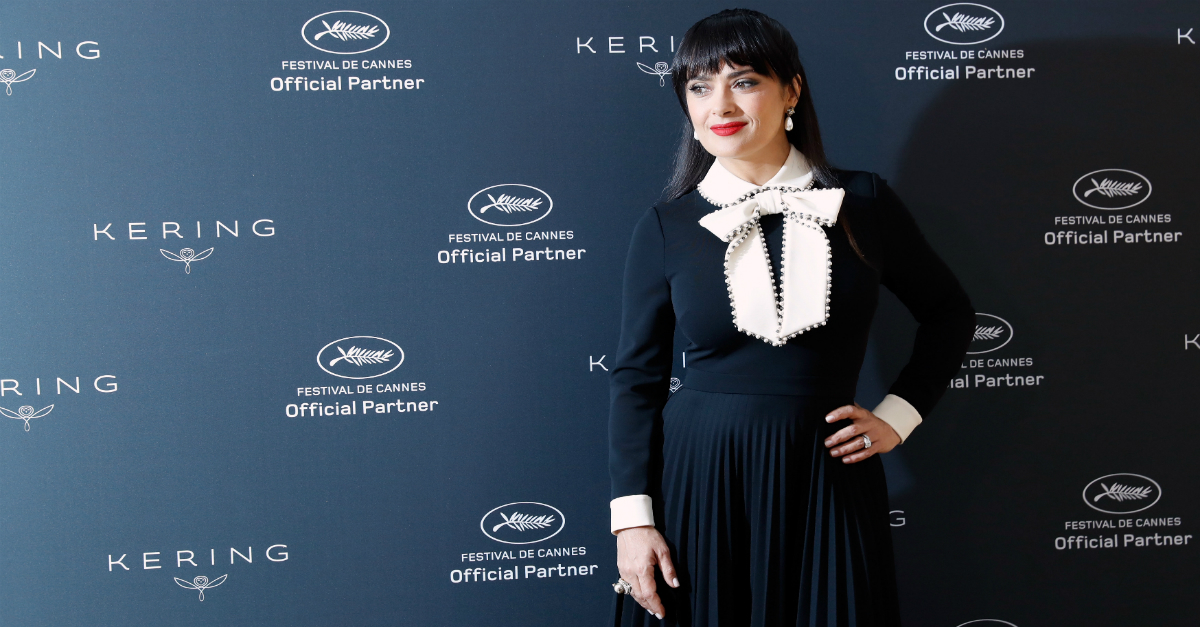 Actress Salma Hayek is giving back to her home country of Mexico in a big way. “The Hitman’s Bodyguard” star, 51, shared a video on Instagram Wednesday encouraging people to donate money toward relief efforts in Mexico City and surrounding areas after they were devastated by a huge earthquake on Tuesday. She also revealed that she has survived a previous natural disaster.

RELATED: Actress Salma Hayek thinks America can learn from and come together during Trump’s presidency

“After the 1985 earthquake in Mexico City, I was evacuated from my building,” Hayek said in the video. “A lot of friends died, including an uncle that was very, very close to me.”

The people of my country have now suffered three natural disasters in a row. Many children and families are hurt and in terrible need. I'm contributing $100,000 now to UNICEF which has teams on the ground responding. Please join me and contribute what you can and thank you. Click on the link in my bio above. #fuerzamexico #earthquake #sismo #mexico

“I have lived through the aftermath of a disaster of this magnitude, and it’s horrific,” she continued. “I am starting a Crowdrise to try to raise money to help families who are going through this nightmare right now in Mexico.

“I implore to your hearts … to your compassion to help,” she added. “Anything that you can give will make a big difference. I will match the first $100,000 that are donated.”