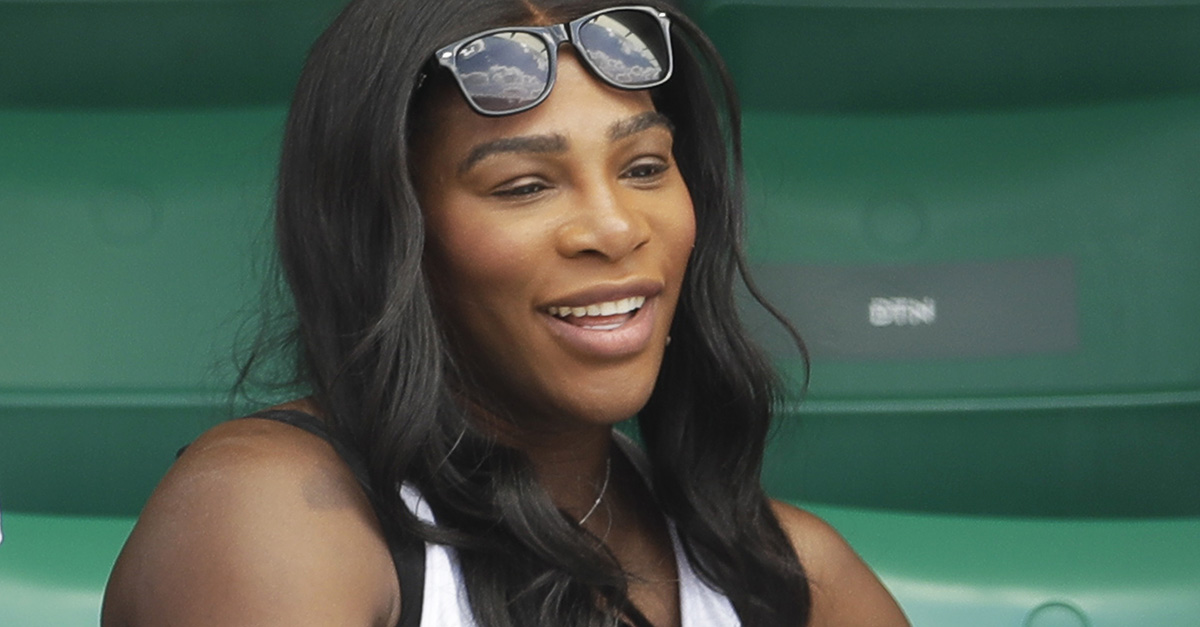 AP Photo/Petr David Josek, File
FILE - This is a May 31, 2017, file photo showing Serena Williams watching her sister, Venus Williams, play against Japan's Kurumi Nara during a second round match at the French Open tennis tournament in Paris, France. Serena Williams says on social media that she gave birth to a baby girl named Alexis Olympia Ohanian Jr. The tennis star posted about the birth on her Instagram and Twitter accounts. She says the baby was born on Sept. 1 and weighed 6 pounds, 14 ounces. (AP Photo/Petr David Josek, File)

Since giving birth to daughter in September, tennis champ Serena Williams has been showing off the brightest spots of life with her adorable baby girl. But in a new interview with Vogue for their February 2018 issue — which features Williams on the cover — the 36-year-old revealed that she was forced to undergo life threatening surgery after giving birth.

According to the new mom, the problems with Alexis Olympia’s birth began when heart rate began dropping during delivery, forcing Williams to endure an emergency caesarean section.

“That was an amazing feeling, and then everything went bad,” said Williams about the birth.

The following day, Williams went into the hospital with complaints of shortness of breath. The ordeal continued, with the medical staff confirming their fears: she’d developed blood clots — Williams told Vogue that she’d had a history of blood clots and had been forced to stop taking her blood thinning medication prior to delivery.

She was given a drip of anticoagulant medicine, but the intense coughing from her pulmonary embolism caused her C-section scars to tear, and her abdomen began to rapidly hemorrhage blood. According to the publication, the medication meant thin Williams’ blood and save her life had inadvertently put her more at risk.

She recovered after having a filter inserted into a vein to prevent clots dislodging and entering her lungs, but she spent six weeks on bed rest.

Serena’s now-husband Alexis Ohanian was by her side every step of the way, but he also worried about her the whole time.

“I was happy to change diapers, but on top of everything she was going through, the feeling of not being able to help made it even harder,” he said. “Consider for a moment that your body is one of the greatest things on this planet, and you’re trapped in it.”

@serenawilliams and her daughter, @olympiaohanian, star on the cover of our February issue! Tap the link in our bio for the full story, and reserve your copy on @Amazon at vogue.com/februaryissue2018. Photographed by @mariotestino, styled by @tonnegood, Vogue, February 2018.

The tennis champion has long since recovered, returning to the court for an exhibition match in December, just four months after giving birth. While she’s decided to pull out of the Australian Open because she’s “not where [she] personally [wants] to be,” this isn’t the end of her career by any means.

“To be honest, there’s something really attractive about the idea of moving to San Francisco and just being a mom,” she shared to Vogue. Reddit, her husband’s company, is headquartered there.

“But not yet. Maybe this goes without saying, but it needs to be said in a powerful way: I absolutely want more Grand Slams. I’m well aware of the record books, unfortunately. It’s not a secret that I have my sights on 25.”