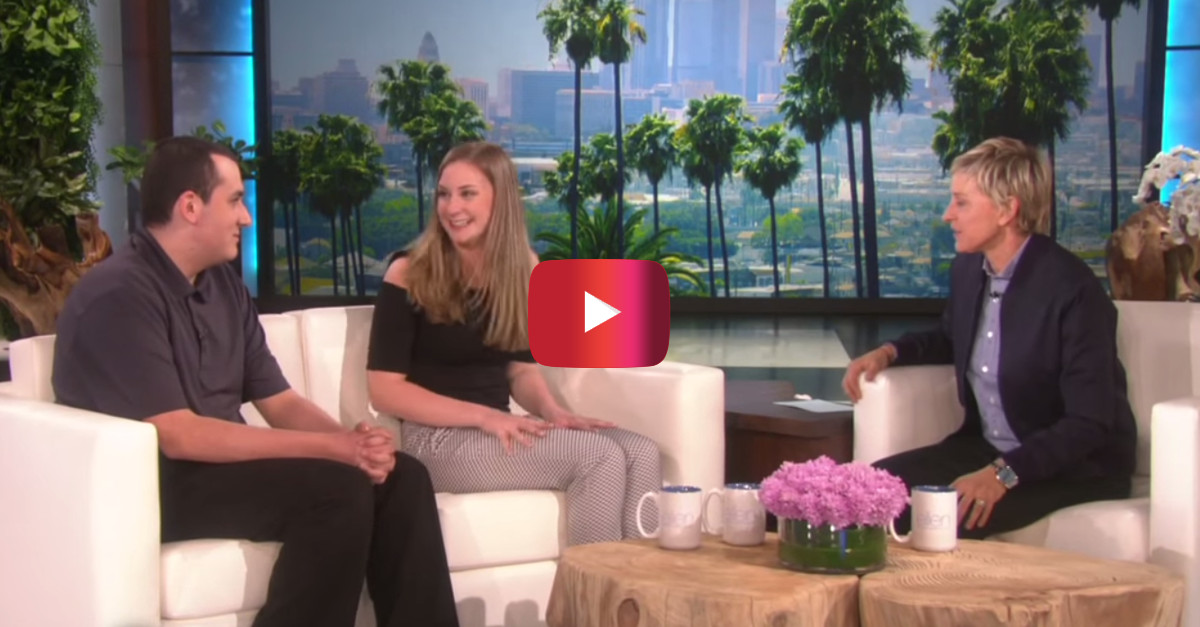 Michael Pagano mustered up all the courage he had to ask Sarah Kardonsky to prom while the two were at a party.

“She’s one of the nicest people I’ve ever met,” he told Ellen DeGeneres on her talk show.

She turned him down, not because he has high-functioning autism, but because she was already planning to go with a friend.

That wasn’t a lie. But as Michael asked every girl he could think of if they wanted to go to Sunday’s prom with him, Sarah was plotting too. What came out of it was an elaborate proposal with an assist from his favorite football team, the New York Jets.

On the announcements one recent morning came what was introduced only as a message for him. Jets players Saalim Hakim, Dexter McDougle, Chris Owusu and Antonio Cromartie each asked him to go to prom with Sarah, then Sarah herself asked.

“He had so much guts to come up to me and ask me, and I had to do something for him,” Sarah said.

So she ditched her original plan for prom and started plotting. She was bored at home one day and, on a lark, commented about her problem on a photo Hakim posted to social media. He responded.

“I figured if one player could answer, the rest of them could answer. I ended up getting nine,” she said.

And the pair got more than that. DeGeneres gave them each a Jets jersey (one says “Prom King” on the back, the other “Prom Queen”), matching crowns and Jets gear. The Jets too, chipped in with a video message from those players and head coach Todd Bowles wishing them well and offering Michael four pre-game passes.

Why did Sarah go through all this for Michael?

“He’s actually an inspiration to anyone who knows him,” Sarah said. “Even though he has high-functioning autism, he doesn’t let that bring him down at all.”