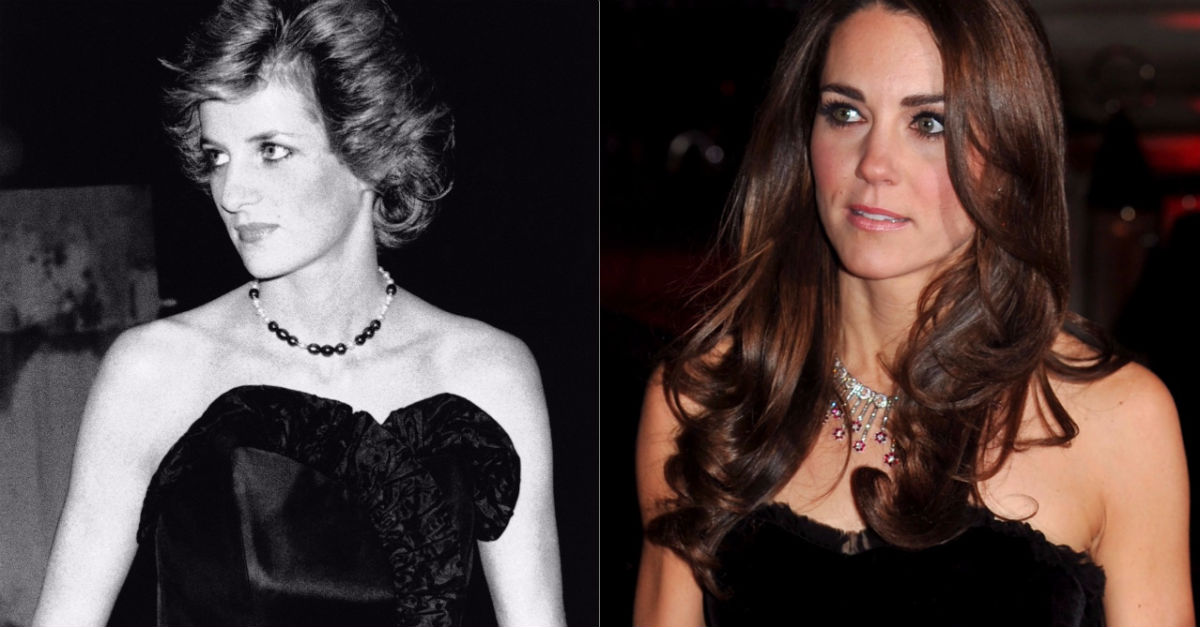 Catherine, Duchess of Cambridge, is certainly her own woman, but that doesn’t stop spectators from drawing heavy comparisons between the duchess and her late mother-in-law, Diana, Princess of Wales. Though Diana passed many years before Kate joined the royal family, the women share several similarities when it comes to fashion.

Diana and Kate share many similar optics. This includes their engagement photo looks.

Perhaps the most striking connection between the ladies is the sapphire engagement ring.

“Well as you may recognize now, it’s my mother’s engagement ring and it’s very special to me, as Kate is very special to me now as well. It was only right the two were put together,” William told reporters at their announcement. “It was my way of making sure mother didn’t miss out on today and the excitement and the fact that we’re going to spend the rest of our lives together.”

A mother’s love attends a wedding

Though Diana and Kate’s weddings were a bit different in style and location, she was quite present at her son’s wedding.

“There were times where you looked at someone or something for strength, and I very much felt she was there for me,” William admitted of the emotional day.

Kate’s sister, Pippa Middleton, gifted her a very special necklace to commemorate George’s birth. The gift was similar to another special necklace given to Diana by Charles after William was born.

A tiara fit for two princesses

Diana’s most frequently-worn tiara was a family heirloom. Diana wore the iconic Spencer Tiara at her wedding and was spotted in the piece at several events throughout her royal life. The family tiara was also worn by her sister and sister-in-law on their respective wedding days. On the rare occasions Kate wears a tiara, she has chosen to wear the Cambridge Lover’s Knot tiara, a wedding gift to Princess Diana, twice.

And no stone is left unturned when comparing the iconic fashion of both women. One could spend a long time admiring their similar styles.