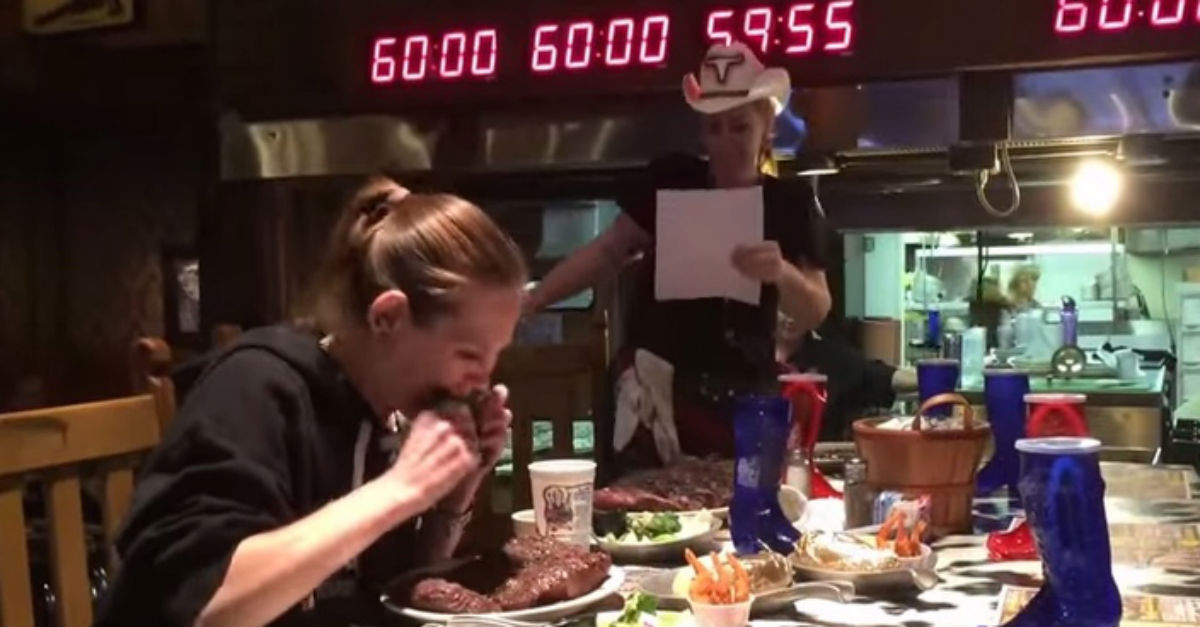 Nine pounds of steak were no match for competitive eater Molly Schulyer.

Most who try the challenge can’t even knock out one steak, much less two. But believe it or not, Schulyer told KFOR she wants to go back for more, aiming to knock out three meals in an hour.

Schulyer already holds the record for fastest time eating a single 72-ounce steak, which she broke in Oregon in under three minutes, more than halving the previous record.