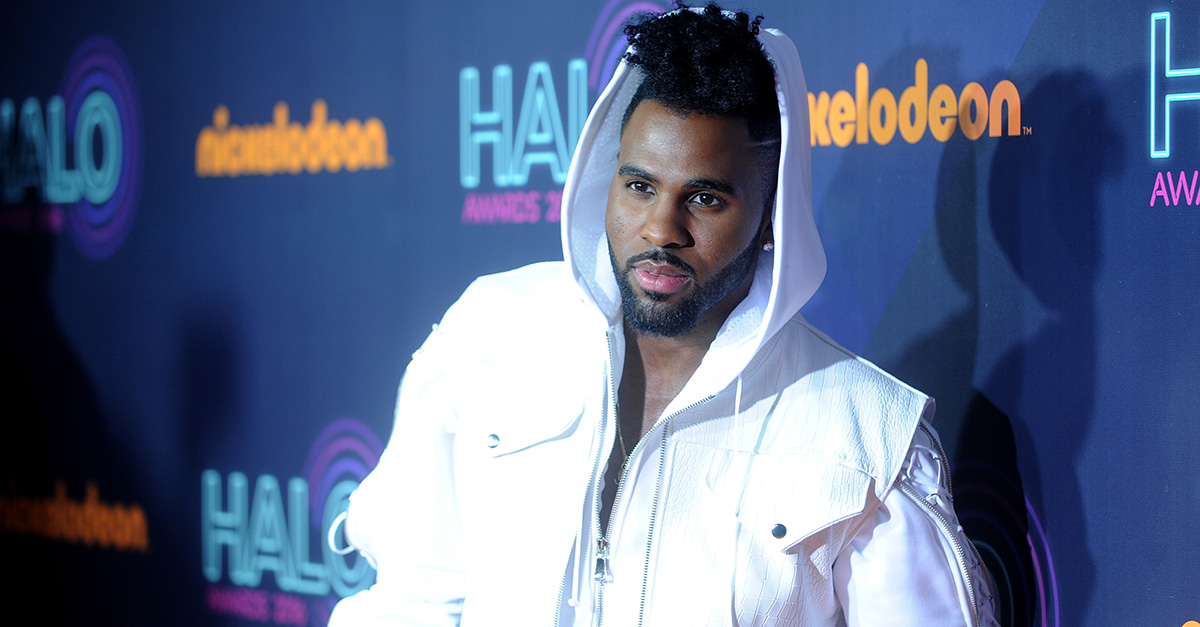 Singer Jason Derulo is crying racial discrimination after an incident with American Airlines.

According to PEOPLE, Derulo was flying from Miami to Los Angeles when he said multiple American Airlines employees cursed at him during a dispute over baggage fees. Derulo claims that when he went to check in to the flight with his group and their luggage, the timing of their arrival came into question, and the group decided one member would stay behind and deal with the luggage and take the next flight.

An airline source revealed that elite passengers are allowed three checked bags at no charge, but the group member was trying to check 19 bags, and that would be an extra fee.

Derulo said that when he was on the plane, ready to take off, his friend called him and said that the baggage fees were nearly $4,000.

RELATED: The mother of the late Anna Nicole Smith is begging Larry Birkhead to let her see little Dannielynn

“We’d never paid for our bags because of our status — with all of our miles — so we’d never paid for bags. So $4,000 is obviously a huge sum. We were like, ‘No, we’re not paying that. We’ve got to turn the plane around,'” he said.

American Airlines also released a statement regarding the situation, saying that Derulo’s plane “returned to the gate prior to departure. A passenger elected to deplane in order to travel with their checked bags. The passenger has been rebooked with his checked bags on a later flight this evening.”

Derulo claims that as he and his friends were getting off the plane, the captain came out of the cockpit and verbally assaulted them.

“And that was really upsetting to me because I felt like he was trying to make it seem like we were delinquents and he was kicking us off the plane, when it was us that asked to get off the plane. I was like, ‘Listen, sir, you’re not going to talk down to me; I’m not your son. Don’t talk to me in that tone of voice,'” Derulo recounted.

He said that once they got off the plane, he and the group were met by 15 police officers.

“As you can imagine, I’m surrounded by 15 police officers, I’m not going to curse back because I know what’s going to happen,” he said. “So I pick up my phone, and I go live on my Instagram.”

RELATED: Paris Jackson is back on the market after reportedly kicking Michael Snoddy to the curb

Following the incident, Derulo took to Instagram to with some harsh words for the airline.

“@americanair I spent millions on your airline throughout the past ten years between myself and my entire staff but have still experienced racial discrimination today at miami airport!!! Called 15 police officers on me as if I’m a criminal! It’s not ok that when you find out who I am the gears change! Fuck that!! I want answers #conciergekey #conciergekeymember#thecaptainneedstoshowrespecttoo cause he could #cashmeoutsidehowboutdat #notypo#ifiwasanyoneelseiwouldhavebeenarrested,” he wrote.

Derulo reportedly claims he will continue to fight the issue.

“I just want everybody to be treated with respect. At the end of the day, you get what you pay for. I’m not asking for anything extra, I’m not asking to be taken care of,” he said.

Miami-Dade police wrote a report that claims the group “smelled of marijuana and were getting aggressive” during check-in.

No chargers have been filed, and the case is now closed.