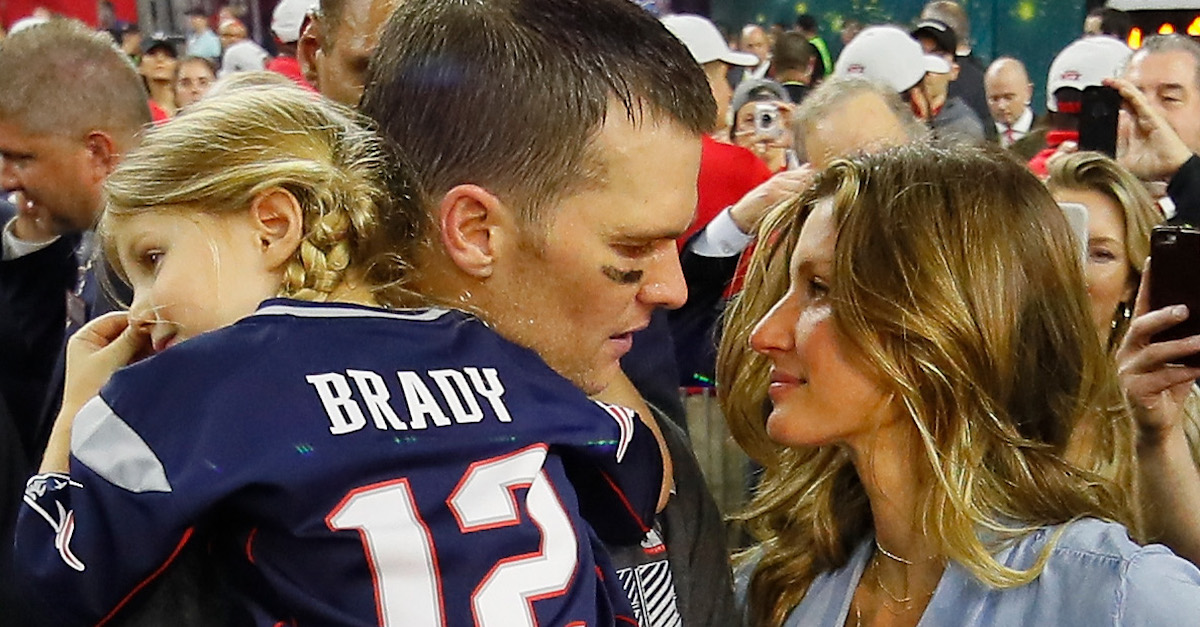 Gisele Bündchen is fed up.

The Brazilian bombshell is firing back after being raked over the coals for her post-Super Bowl comments. Bündchen , 37, reportedly told her children that their father Tom Brady’s New England Patriots “let” the Philadelphia Eagles win in Sunday’s championship game.

“Just to be clear. No one ‘let’ anyone win,” she tweeted Wednesday afternoon. “People win because of their own merit. Tired of people twisting my words to create drama that doesn?t exist!”

Just to be clear. No one “let” anyone win. People win because of their own merit. Tired of people twisting my words to create drama that doesn’t exist!

Bündchen was met with scorn from people who felt she was being patronizing to the Eagles and her kids, with some going so far as to call her ?elitist? and “arrogant.” Her attempt to explain the loss to her and Brady’s kids — daughter Vivian, 5, and son Benjamin, 8, along with Brady?s son John, 10 with actress Bridget Moynahan — did not go over well with Eagles fans and the public at large.

?They haven?t won in a million years,? Bündchen told the children, according to USA Today. While the Patriots have five Super Bowl trophies, all won with Brady at quarterback, this 2018 championship was the first title for the Eagles.

?Just this time. Daddy won five times. They never won before. Their whole life, they never won a Super Bowl. You have to let someone else win sometimes.?

The backlash was swift, with one user writing, “Gisele (sp?) comforting her kids by telling them ?sometimes you have to let someone else win? is getting praise? How is that a good thing to say??

Gisele (sp?) comforting her kids by telling them “sometimes you have to LET someone else win” is getting praise? How is that a good thing to say?

Another tweeted, ?Gisele telling their kids ?You have to let someone else win sometimes.? That?s garbage parenting. Heaven forbid you teach your kids that failure happens to the best of us and that it doesn?t mean the effort wasn?t worth it.”

RELATED: Super Bowl champion won?t visit Trump?s White House and says he doesn?t have a message for him

This wasn’t the first time Bündchen has garnered public contempt in relation to the Super Bowl. In 2012, Brady’s team fell to the New York Giants in a tight 21-17 game. Bündchen, who hasn?t missed any of Brady?s multiple Super Bowl appearances in recent years, was lambasted for pushing back and slamming Brady’s teammates.

After the crushing defeat, the moody model was videotaped backstage while hecklers yelled out “Eli [Manning, the Giants’ quarterback] rules!” and “Eli owns your husband!” Bündchen eventually lost it, venting angrily, “You have to catch the ball when you’re supposed to catch the ball.” She was referring to the Patriots’ receivers, who dropped a few key passes.

She added, “My husband cannot f****g throw the ball and catch the ball at the same time. I can’t believe they dropped the ball so many times.”