On Wednesday, Congressional leadership seemed united behind a budget deal that looks truly awful — at least if you care about the country’s financial future. The bipartisan deal blasts through budget caps and could return the U.S. to trillion-dollar deficits in short order. Right after getting historic tax reform passed, politicians apparently seem content to toss a huge future tax hike onto the next generation. After all, the bills will eventually come due.

And they are serious bills indeed. The proposed deal would include a one-year debt limit suspension, while raising defense spending by $80 billion and non-defense expense by $63 billion. The budget for 2019 would see similar increases, and over the 10-year window, this Chuck Schumer-Mitch McConnell budget could result in $1.5 trillion more added to the national debt.

It’s long been standard for Republican lawmakers to insist on offsets for any new spending — at least in name only — but as the bipartisan watchdog group Taxpayers for Common Sense points out, “the vast majority of this package is not offset. Not even sham offsets.”

Meanwhile, the conservative National Taxpayers Union notes that initial estimates place the total at about $300 billion in new spending over the next two years but probably underestimate a total that will include billions in off-budget Overseas Contingency Operations funding, nearly $100 billion in disaster funding and additional billions in other emergency spending.

The deal came the day before government funding was set to run out, yet another “manufactured crisis” caused by Congress’s inability to pass actual budgets. Apparently, the newest antidote to dysfunction is bipartisan unity behind crippling debt.

This deal is hardly surprising, but it represents a level of absurdity that should not be lost on fiscal conservatives. In November 2017, just a few months ago, facing conservative concerns over tax reform’s potential $1.5 trillion deficit impact, House Speaker Paul Ryan promised that Congress would focus on spending cuts in 2018.

These promises, of course, followed years of assurances that elected officials would truly tackle debt and spending once they had the chance. Now, under united Republican government supposedly dedicated to these principles — surely the best chance the GOP has had in recent years — these promises seem on the verge of evaporating altogether.

A plethora of budget watchdogs immediately cried foul, and some lawmakers are also aghast. Representative Mo Brooks is a “hell no,” Rep. Justin Amash called the proposal “disgusting and reckless,” and Rep. Jim Jordan labeled the deal “bad, bad, bad.” At least part of the conservative Republican Study Committee will likely come out against the deal, while the House Freedom Caucus will oppose it outright. On the Senate side, Mike Lee and Rand Paul were unequivocally opposed, while others were at least noncommittal Wednesday evening. Whether this outrage will be enough to sink the deal is unclear.

Whether many Republican leaders ever meant their many promises to reform spending and debt is sadly no longer unclear at all. 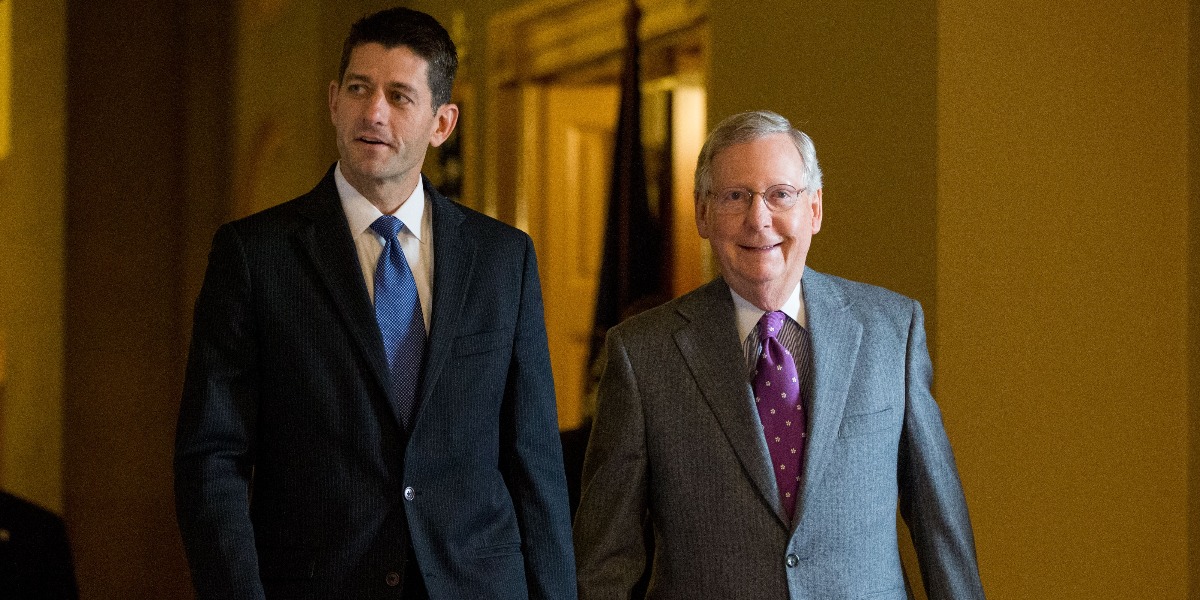