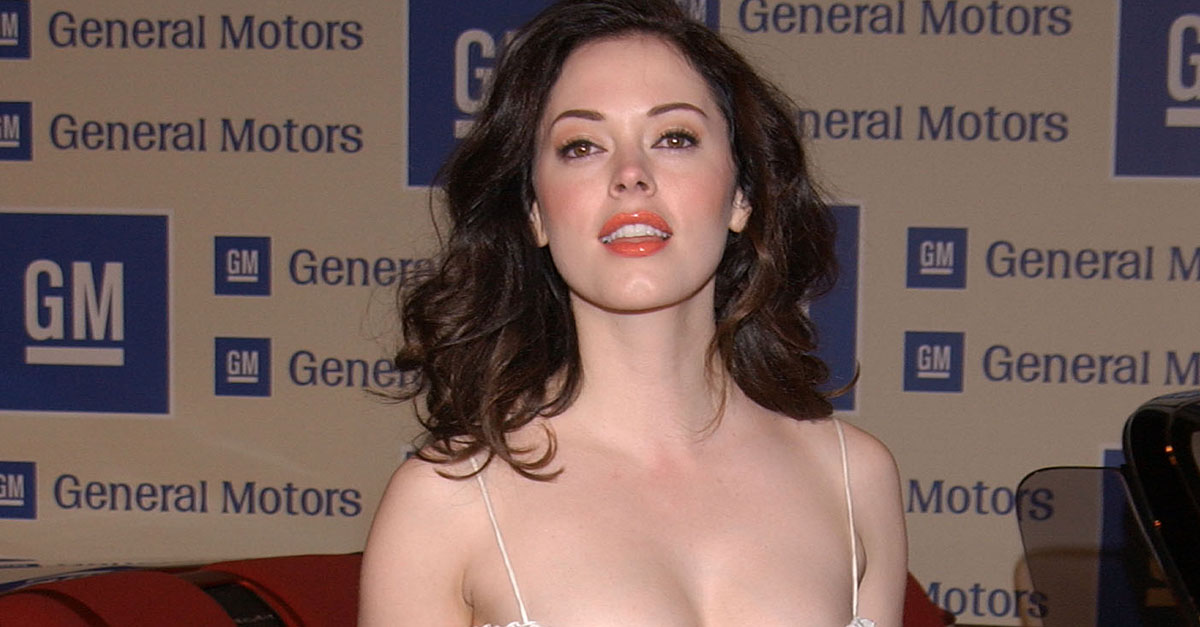 Rose McGowan is opening up about the alleged sexual abuse she faced at the hands of accused producer Harvey Weinstein.

The actress appeared on “The Dr. Oz Show” on Feb. 1 where she talked about the alleged assault and revealed that he inspired her to wear that iconic mesh beaded dress to the 1998 VMAs on the arm of then-boyfriend Marilyn Manson. She told Dr. Oz that the dress a protest against Weinstein, who she claims raped her.

marilyn manson and rose mcgowan at the 1998 vmas pic.twitter.com/HdRkiRKNc6

?That was my first public appearance after being sexually assaulted. I was like, ?Is this what you want??? she said. “I?ve never worn something like that before or since. That was a political statement that ? of course, there was no Twitter at the time or Instagram, no way to speak for yourself.?

She previously joked on “The Roseanne Show” in 1999 that she was “delirious” from being hopped up on Sudafed and didn’t realize how revealing the attire actually was.

“It made me laugh,” she said, adding that she knew the back was going to “cause an entrance” but didn’t realize the front was so revealing.

She told Oz that she has been speaking out for years but “nobody listened.” When Oz mentioned the recent allegations against Woody Allen, she slammed the “stupidity, elitism and liberal fakeness” in Hollywood.

She continued, “and now, what this viewpoint is supposed to be is a very, very coddled man. I’ve not liked Woody Allen. I don’t think you’re that great. What’s so great about you?”

McGowan said that “Hollywood should clean up its act.”

Dr. Oz went on to read a segment from her new book, “Brave,” where she recounted the moments after Weinstein allegedly assaulted her. Holding back tears, she talked about the experience.

“I’m not the only one. I am a #MeToo,” she said. “I was young but I didn’t know that everybody lied. How would I know that?”