How Storyville, New Orleans Became the Birthplace of Jazz 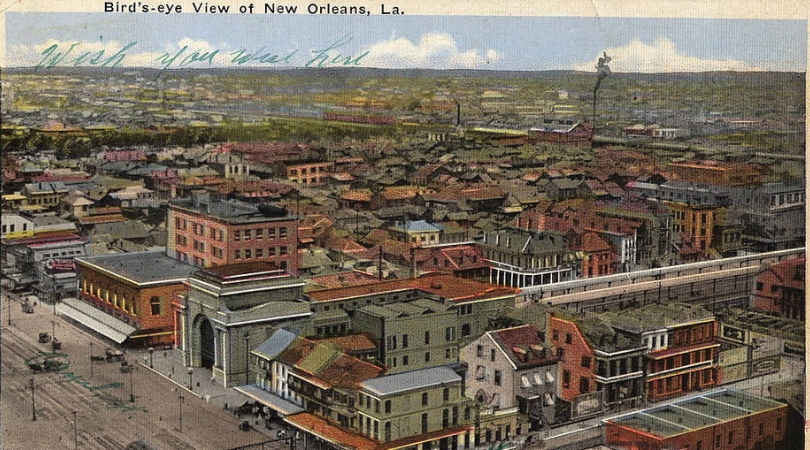 Storyville, New Orleans is credited as the place where New Orleans-influenced jazz music began. It was also one of Louisiana’s red-light districts from 1897-1917. While prostitution was still technically illegal, the thirty-eight block was used to regulate it, since it was so prevalent.

The Storyville District was home to countless bars and upscale brothels in mansions on Basin Street. It received the name “Storyville” after a city official who aided greatly in the funding of the district’s creation, Alderman Sidney Story. While on the back streets dance halls, “pads,” and “cribs” were where prostitution was most prevalent. The junctions in this area such as the Tuxedo Dance Hall gave budding jazz musicians a place to perfect their craft and get paid.

On Basin Street Lulu White?s Mahogany Hall was a staple for parlor pianist, Jelly Roll Morton. A notoriously known “Big 25” was a hotspot for jazz musicians like King Oliver and Louis Armstrong, and ?Big Eye? Louis Nelson.  Pete Lala?s saloon, a little past Iberville was known to have some of the best musicians at the time.

The Birth of Jazz

With such a strong community in the Storyville district, the jazz musicians often had contests to determine which players were the best. Today one of the only standing stores from the Storyville days is Frank Early’s My Place Saloon. Today it is a corner store on Crozat Street and Bienville. But the history is still there. It’s known as one of the places that Tony Jackson, another talented jazz pianist, frequently played. The musicians who played here are the reason Storyville is called the birthplace of jazz.

That and the fact that it closed in 1917 by the United States Navy to build Iberville housing projects. When the district closed, the artists who played on Storyville were forced to find other jobs. Forced to play in other areas, this caused the New Orleans jazz style to spread through World War I as jazz bands and musicians traveled.