If a shark and a stingray had an offspring, it would be a sawfish 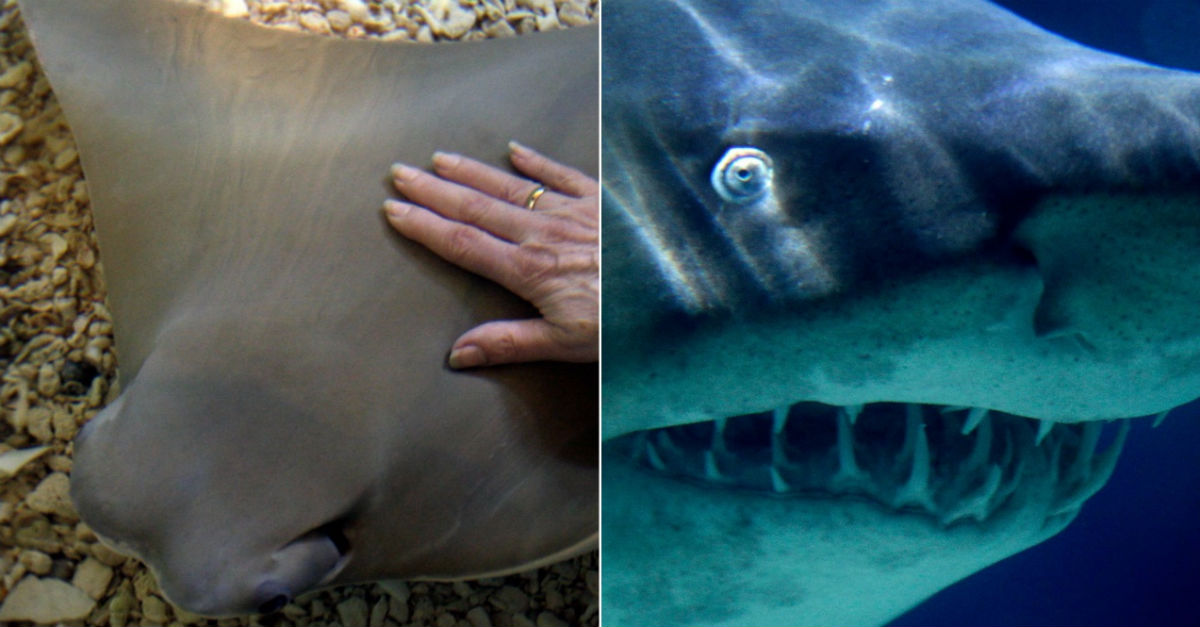 AP Photo/Jeff Roberson, AP Photo/Michael Sohn
Zoo employee Kathy Shaffstall reaches into a tank to touch a stingray as it passes by during a preview of the attraction Stingrays at Caribbean Cove Friday, April 23, 2010, at the Saint Louis Zoo in St. Louis. Visitors will be allowed to touch and even feed the stingrays in the attraction which will be open to the public April 24 and run through September 26, 2010. (AP Photo/Jeff Roberson); A Sand Tiger Shark swims in its aquarium at the Zoo-Aquarium in Berlin, Germany, Tuesday, Nov. 9, 2010. (AP Photo/Michael Sohn)

One look at a sawfish makes it easy to understand why it’s often described as a cross between a shark and a stingray.

Similar to sharks and stingrays, a sawfish is an elasmobranch, meaning that its skeleton is actually made of cartilage.

The rare animal can be found in a few places, including Ripley?s Aquarium in Myrtle Beach, S.C. In fact, the aquarium is hosting a special celebration for the animals on International Sawfish Day, which falls on Oct. 17.

Those who can’t make their way to Myrtle Beach are more than welcome to watch an interesting video of a sawfish researcher and vet help a mother give birth to two babies rostrum-first.

RELATED: This footage of a great white shark dragging a boat will keep you out of the water