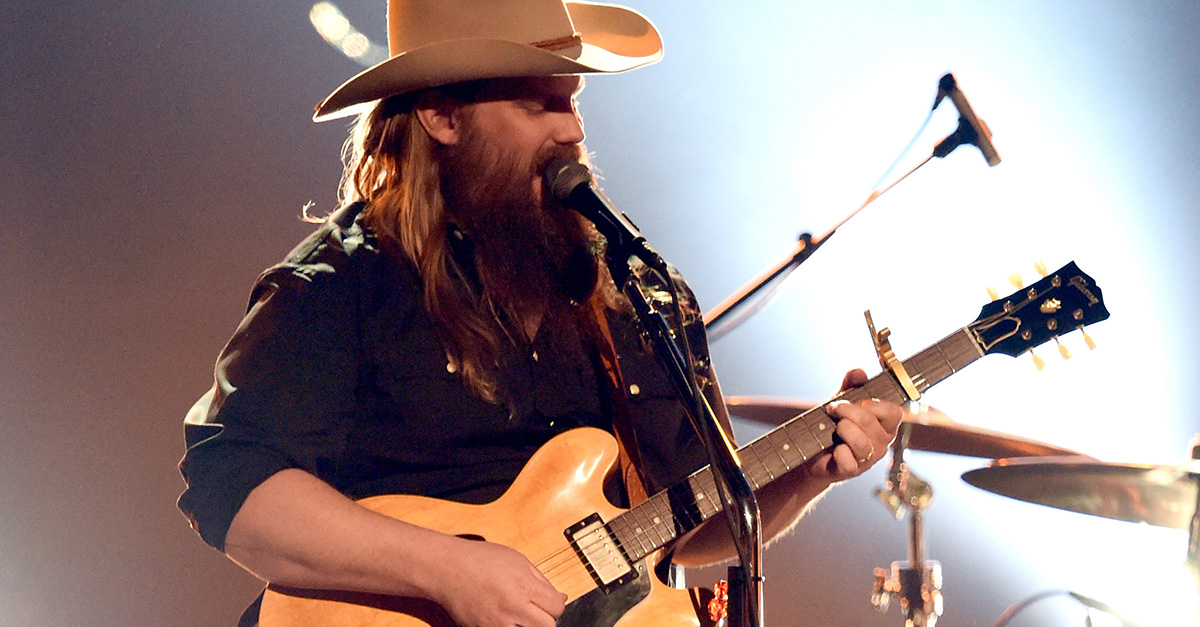 It can be risky to debut new music on a big network award show. But, Chris Stapleton did just that at the 52nd annual Academy of Country Music Awards on Sunday.

The bearded country star rolled out a brand-new tune, “Second One to Know,” and the ripping, rocking future hit matched his vocal grit note for note. Showcasing plenty of his masterful shredding on the guitar, and, of course, his beautifully ethereal backup singer, wife Morgane, the tune begged, “If you ever change your mind, wanna leave my love behind, let me be the second one to know.”

It's one thing to see @ChrisStapleton perform. It's another to see him perform NEW music! Lovin' "Second One To Know." #ACMs pic.twitter.com/zyUhiHgTgR

Taking the music world by storm with the release of his award-winning “Traveller” album, Chris is headlining his own tour this summer. The All-American Road Show finds Chris bringing some of his fellow boundary-pushing singers like Brent Cobb, Margo Price, Brothers Osborne and Anderson East on the road for the run that carries him into August.

RELATED: Watch Chris Stapleton command the stage with just his voice and a guitar

“Second One to Know” is part of Chris’ next album, which he’ll preview at an industry showcase in Nashville the week after the ACM Awards. The album is due out May 5.