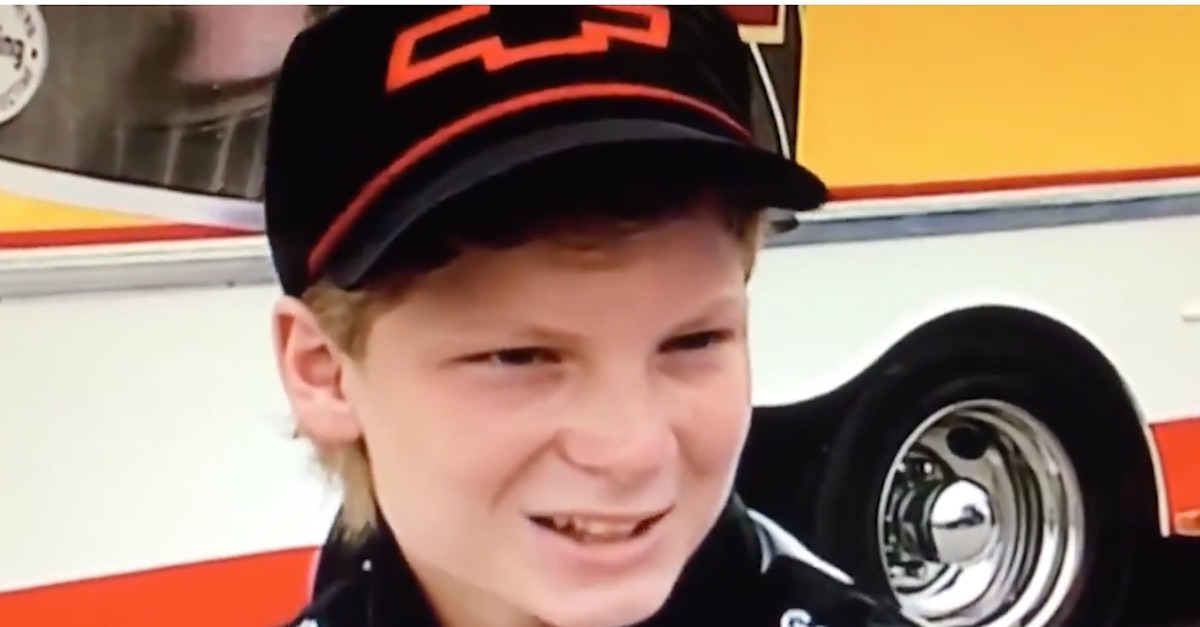 We?ve crossed the halfway point of this year?s NASCAR season, and Dale Earnhardt Jr. is looking down the homestretch of his driving career as he prepares for his impending retirement. One of the ways he?s preparing is by declaring the remainder of his race season the ?JR Nation #Appreci88n Tour.?

In a video on his Instagram page, Dale shares clips of his many checkered flag victories and winners’ circle celebrations, as well as footage of himself interacting with fans, fellow racers and his legendary father. Also included is a precious piece of vintage film of Dale as a young boy talking about his racing dreams and ambitions.

?I want to be a race car driver some day. It?s a great sport, I love it to death, you know. That?s all I?ve ever known, racing,? the younger Junior says.

Wrapped around the emotional and compelling video, Dale explains, ?My racing career isn?t just about me. It?s about the team, the fans, the families, the tracks, the sponsors, the whole sport.? He then adds, ?Join us one the next five months on the ‘JR Nation Appreci88n Tour,’ where we show appreciation where it?s owed.?

No other details are available on how Dale and his JR Motorsports crew and team will show that appreciation, but we?re personally hoping it comes in the form of some sweet victories!

Next up in the 2017 Monster Energy Cup Series schedule is the Coke Zero 400 in Daytona. The Brickyard 400 takes place in Indianapolis the following weekend and the motors are running in Watkins Glen the first weekend in August. Race season wraps in November.