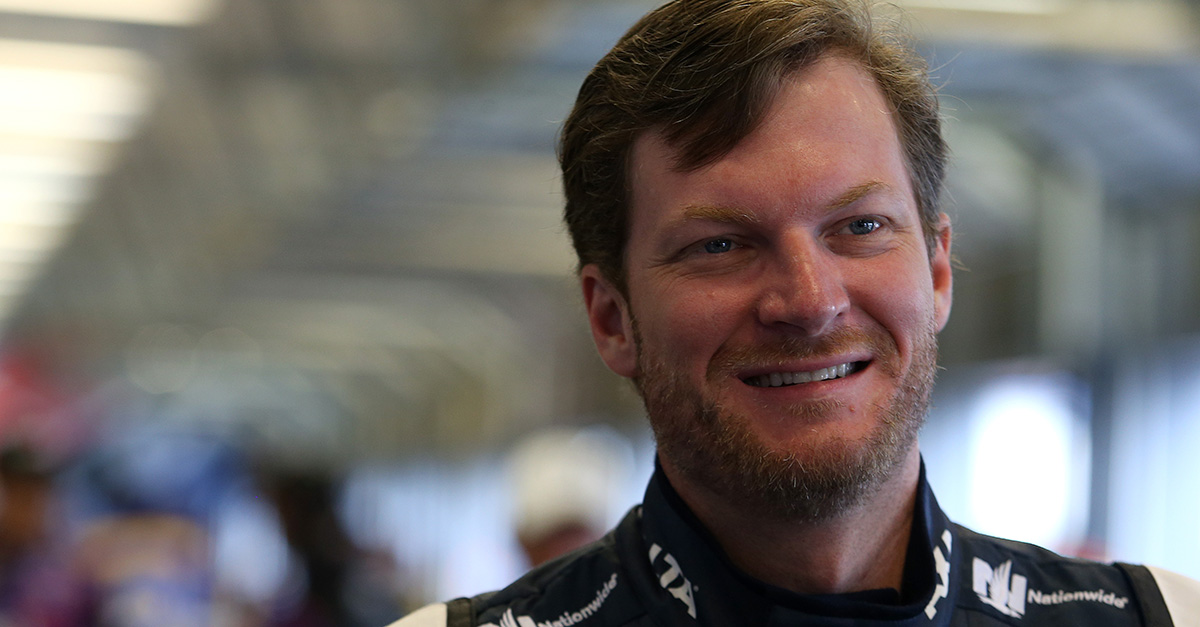 NASCAR superstar Dale Earnhardt Jr. has been pretty straightforward about his intentions following the end of the 2017 season. In fact, the hard racer announced his retirement from racing and finds himself on a farewell tour of sorts at the moment. And heck, he?s even busy making plans for a DIY reality show with wife Amy and a possible return to the broadcaster?s booth.

But just when we think we have him all figured out, he goes and stirs things up again.

On the morning of June 24, Dale Jr. was being interviewed prior to opening practice at Sonoma Raceway and was asked about running his final race at Daytona International Speedway come 4th of July weekend when his words shocked just about everyone.

“Well, you never say never,” he said. “I’m just retiring from full-time racing. I’m going to run some XFINITY races next year. I don’t know that I won’t ever run the Daytona 500 again, if the right deal comes along. All these tracks you have memories at, all of them, Daytona included.?

Dale Jr. continued, possibly in an effort to clarify his comments. But perhaps he may have just convoluted them even more.

“I’m going to be coming back to these tracks, and I want to continue to be part of the sport,? he said. ?I don’t know how it’s going to affect me, really. It’s hard for me to put that into words, because I don’t know what that is going to feel like. It will be pretty weird, I think, to come back to the 500. I’m going to go to the 500 whether I’ve got any work to do or not. It will be pretty weird to be there and not race.”