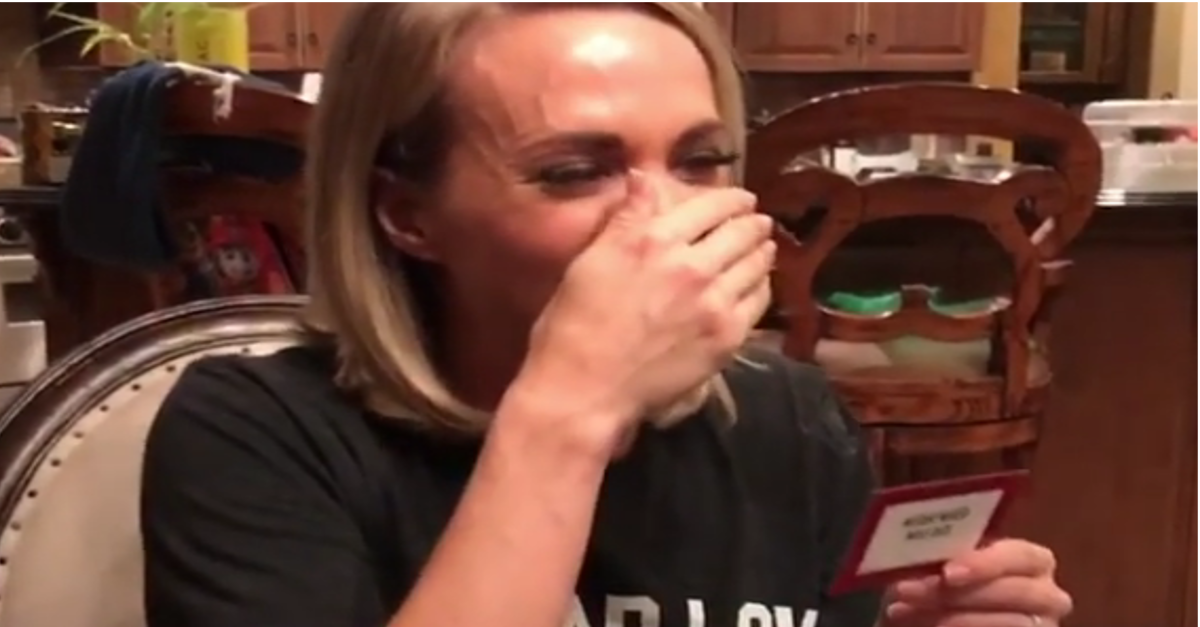 Carrie Underwood may have one of the biggest voices in country music, but that doesn’t mean that she can easily pronounce the words ‘proper manners.’

On Friday, Jan. 27, the “Dirty Laundry” singer got in on the wildly popular game called “Speak Out,” where she had to try to get others to guess what she was saying, while wearing a mouthpiece.

RELATED: Carrie Underwood fans have spoken, and we hear them loud and clear

The mouthpiece, which prevented Carrie from simply reading off the statement, “pigs have proper manners,” had her, her hubby, Mike Fisher, pals Ivey and Mark Childers, and Christina and Austin Casselman, laughing out loud! Lucky for us, Carrie shared all of the hilarity on Instagram.

As you can see in the video above, Carrie tries to read the silly phrase off the cue card to her team, made up of Ivey and Christina. The ladies then give their best guesses as to what their famous friend is saying.

While Carrie’s buddies have the beginning part of the phrase down, they can’t seem to figure out the word ‘manners.’ They yell out guesses like “stackers,” “trappers,” “antlers” and “bananas.” Finally, a man helps them out by shouting out “manners,” but it’s too late. The timer is out.

The tables then turn, as Carrie has to guess her best friend and cake maker Ivey’s phrase, “quality quirks.”

In this video, you can hear Carrie calling out, “collegy quirks!” Too funny!

To cap off their epic game night, Carrie and the gang snapped a few photos showing off their “Speak Out” mouthpieces.

One shot shows Carrie holding up a delicious glass of red wine while flaunting her wide smile next to Ivey and Christina.

RELATED: Carrie Underwood reveals the next big thing on her bucket list

Another shot features the whole crew huddled up together showing off their teeth. Carrie is seen giving a thumbs-up next to her hockey player hubs, who easily pulls off rocking a mouth piece. She captions, “Good times.”

Carrie has been enjoying some much-needed time off since wrapping up her hugely successful 2016 Storyteller Tour. It’s nice to see that she’s having a blast with her free time so far!